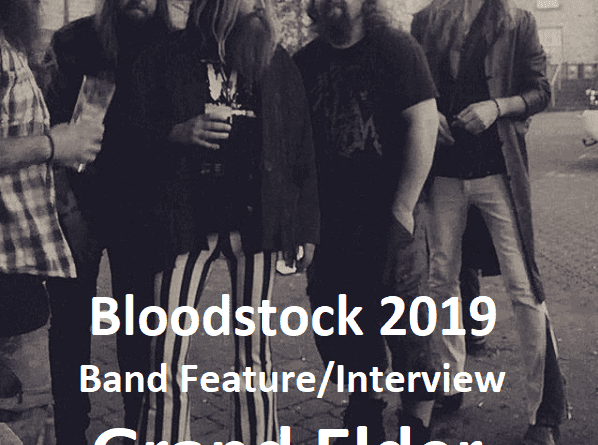 Bloodstock Open Air 2019 is nearly upon us and to say we’re excited is an understatement. We adore the festival and this year’s line-up is simply phenomenal. From the Ronnie James Dio Main Stage to the Sophie Lancaster Stage to the New Blood and Jägermeister Stages, there is something for everyone! Not got your tickets yet!? What are you waiting for!? Head over to the Bloodstock Festival website here and join thousands of like-minded head-bangers for a weekend of quality rock and metal.

Grand Elder are a 5-piece Stoner/Southern metal band based in Accrington, Lancashire. They seamlessly combine intricate riffs with the melodic ties of stoner grooves under powerful vocal hooks.

The band formed in 2017 and the original line up gained a name for themselves, playing a number of shows around the UK. Following a change to the rhythm section, the band is now working on new material for a forthcoming album and, in their own words –

“We’re ridiculously chuffed to be playing this year’s Bloodstock! The first gig with our new line-up was Heat 1 of the Burnley M2TM competition. We proved ourselves a force to be reckoned with, and progressed through to gain a slot on the New Blood stage. We were up against some cracking bands and are thrilled to be given this amazing opportunity.  Now we can’t wait to get out there and show you guys what we can do”!

They will be playing the New Blood Stage on Friday the 9th August 2019. 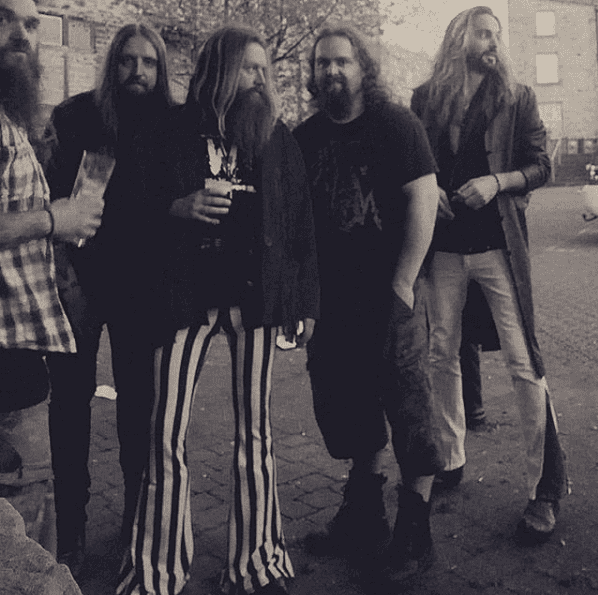 1. Congratulations on winning the Burnley leg of the M2TM and earning your slot on the Bloodstock New Blood Stage. What made you decide to take part?

Thanks! We’re looking forward to playing! The band entered the competition last year, and unfortunately had to withdraw from the competition after winning the first heat. This year, after a couple of line up changes, we entered again to sort out “Unfinished Business”.

2. What were some of the highlights of your competition run?

It’s a strange thing to do art in a competitive sense, but every band was really supportive regardless of whether they won or lost. There was also great support from fans at each gig, so we’re thankful to them too!

3. Describe the feeling, if you can, upon hearing your name read out as the winners?

We felt like we played really well in the final, and came off stage knowing that we given ourselves a great chance of playing the festival. But we did stand there waiting for the decision thinking “well this is the kind of thing that never happens to us”… But then it did and it was phenomenal.

4. How big of an opportunity is playing the New Blood Stage for Grand Elder? We’ve seen some bands really grow from it over the years!

Such a good opportunity for us. This will be the biggest gig for us to date. We get the chance to show what we can do at the best metal festival in the UK. Hopefully, this will open some doors for us and get more gigs.
The band (in it’s previous incarnation) played a number of gigs and then basically had to stop and start again. With this line up, we played the M2TM gigs and won the competition, so it’s a massive confidence boost for us, and we’re looking to build on the momentum. 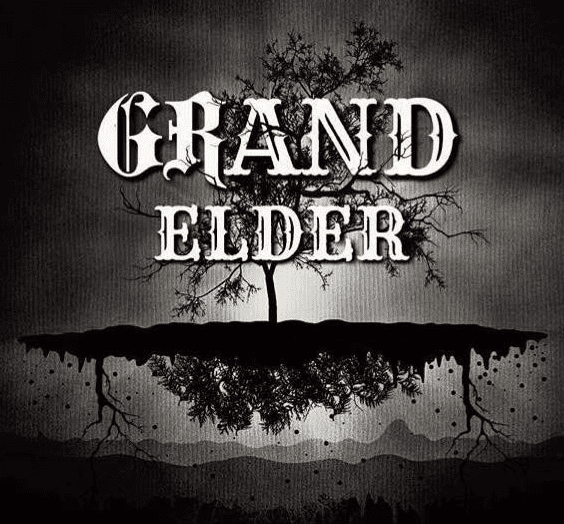 5. What can Bloodstockers expect from you come festival time? Why should they come see you?

We’ve only played three gigs with this line-up, all of which were in the M2TM competition. Bloodstock will be our biggest gig yet, so we’re going all out! We are a high energy band, and there’s something within our set for (hopefully) everyone. Come check us out and you may just find your new favourite band!

6. Are you regular attendees to the festival or will this be your first time?

Ted (bass) and Callum (guitar) are Bloodstock virgins. Jim (guitar) went in 2014 and Chris (vocals) went in 2007. Chris (drums) has been going every year for the past 10 years.
The atmosphere at Bloodstock is phenomenal. It’s one of the highlights of the year!

7. Are you hanging about all weekend? If so who are you most looking forward to seeing?

And as many of the New Blood bands as we can over the weekend!

As many shows as we can! Hopefully our performance at Bloodstock will help with this.
Trying to put the final touches on the songs for our forthcoming album. The majority of the material is written, but we need to put the finishing touches on a few tracks. Hoping to get into the studio as soon as possible, as we only have experience together in a live setting. It will be fun to work together in the studio to get the best sounding record we can.