These are 10 dead-heads that stand out from the pack, that did something that made them special even if it resulted in us becoming their food. These flesh eaters made their movie better by being a part of it & maybe they even made us think about zombies a little differently. 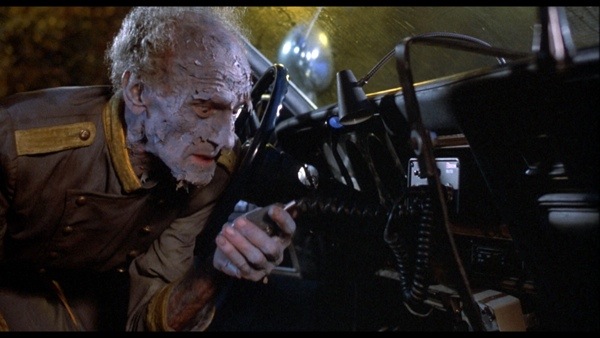 After chowing down upon the initial paramedics this clever zombie hears the operator trying to reach them across the radio so he gets on the radio & manages to splutter out 3 important words, send….more….paramedics. This is the start of the cul-de-sac of death & those 3 words still chill me. That these zombies had enough brain function & vocal chord usage to send such an instruction was & still is terrifying.

The comparisons to the Twilight series is extremely unfair, Warm Bodies came up with a unique & extremely enjoyable take on a tired looking zombie genre. R is the star of Warm Bodies & it is through the book that I fell in love with his character. Forced into the life of a zombie, knowing that he wants something more but unable to deny the urge to feed on living flesh until he meets Julie, she makes him feel alive again. 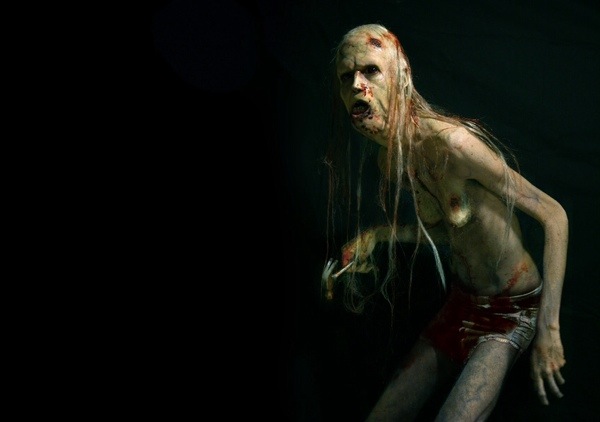 We don’t even know patient 0 exists within the block of flats until the end of the movie when the lead & her cameraman find the hidden room after trying to escape a pack of zombies. After the camera light is destroyed they are forced to rely on the night vision on the camera to see around. Patient 0 is in there with them…it is extremely tense. 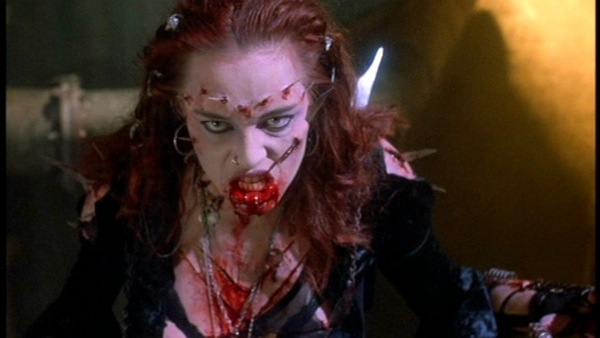 Ah Julie…my first real zombie-movie crush, well until she gets killed & re-animated as a zombie. Julie is different though…she is still aware of who she is but has a nagging hunger that normal food doesn’t fix. The only thing that makes the constant hunger go away is pain so over the course of the movie Julie sets about injuring herself to try & escape the hunger. However like all highs you eventually need more & Julie just can’t stop.

Having failed in its attempt to grab a piece of the half-naked woman swimming this zombie turns its attention to an attacking shark & puts up a pretty good fight of it. This sequence always blows me away every time I see it.

Its a zombie fighting a god-damn shark! 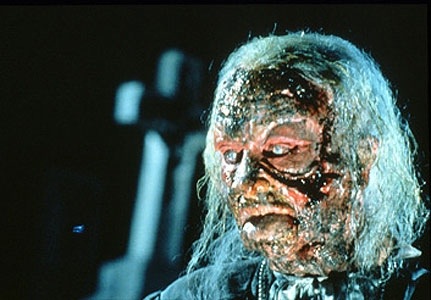 Even before she gets bitten by a rat-monkey & starts the transformation into a zombie, Mum is a lot to take in. She is over-bearing & over-protective of her son & as she gets sicker & sicker the lengths he goes to keep it hidden is quite something. The lunch scene remains one of the nastiest things I’ve seen in a zombie movie. Eventually returning as a giant, house-trashing monstrosity she is one of the most unique zombies ever. 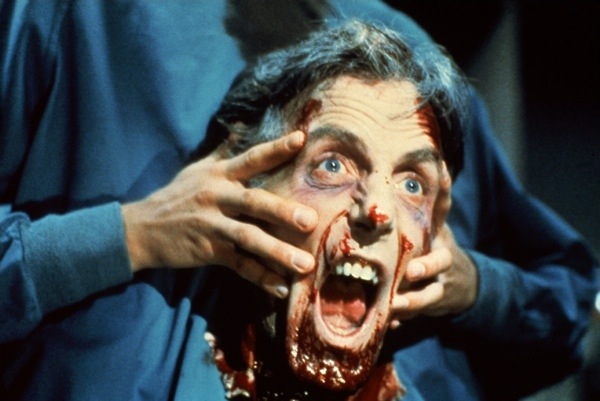 Throughout the movie Dr. Hill is a pain the backside for Herbert West so when he gets the chance to test out his formula that can bring the dead back to life on him he jumps at the chance. West’s roommate Dan has a girlfriend called Megan who Dr. Hill has taken a bit of a shine too. As a human his inhibitions hold him back but as a decapitated zombie…not so much. Ever had a decapitated zombie head go down on you?

The little girl in the basement…what more do you need to know? Night of the Living Dead has a number of moments that shocked me but none more so then the sight of Henry Cooper rushing down the basement stairs to see his lovely little daughter chowing down her mother & his wife. It is all the more effective in black & white & still stands as one of my all time favourite zombie movie moments.

2 – Trash (Return of the Living Dead)

Ahhh, Trash…as if being a badass & sexy punk wasn’t enough she also gets to spend the latter half of the movie running around in the semi-buff as a scary-ass zombie. If there was a list of my favourite things in Return of the living Dead, Trash would be right near the top. Her death is horrible but her re-animation is done in such a way as to appear sexual. Even as a zombie & appearing out of the mist to entice a vagrant before eating his brains is some seriously sexy shit. 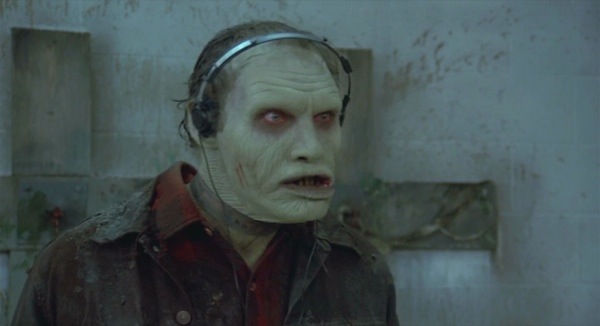 Bub…the only zombie on this list that really had a chance at living amongst humans & denying his urges to feed on us. He is one of the major players in the entire movie & the doctor’s attempts to ‘humanize’ him involves some of the most interesting scenes throughout. Sadly it all ends in disaster & the scene where Bub finds his dead mentor is extremely touching. Nothing can prepare you for Bub’s vengeance though & it is one of the only times you’ll find yourself cheering on the zombie over a human.