I do love a good cannibalistic killers horror movie, watching a group hunted down & turned into meals. It’s a pity that most of these movies rarely live up to expectations & most follow the same formula that has been done so many times.

Horror is a genre that doesn’t breed much originality, least of all cannibal horror movies. So it is such a relief to see Hotel of the Damned try something different with its story.

Directed by Bobby Barbacioru & written by Luca Bercovici & Paul Petcu. Hotel of the Damned is an impressive piece of work. 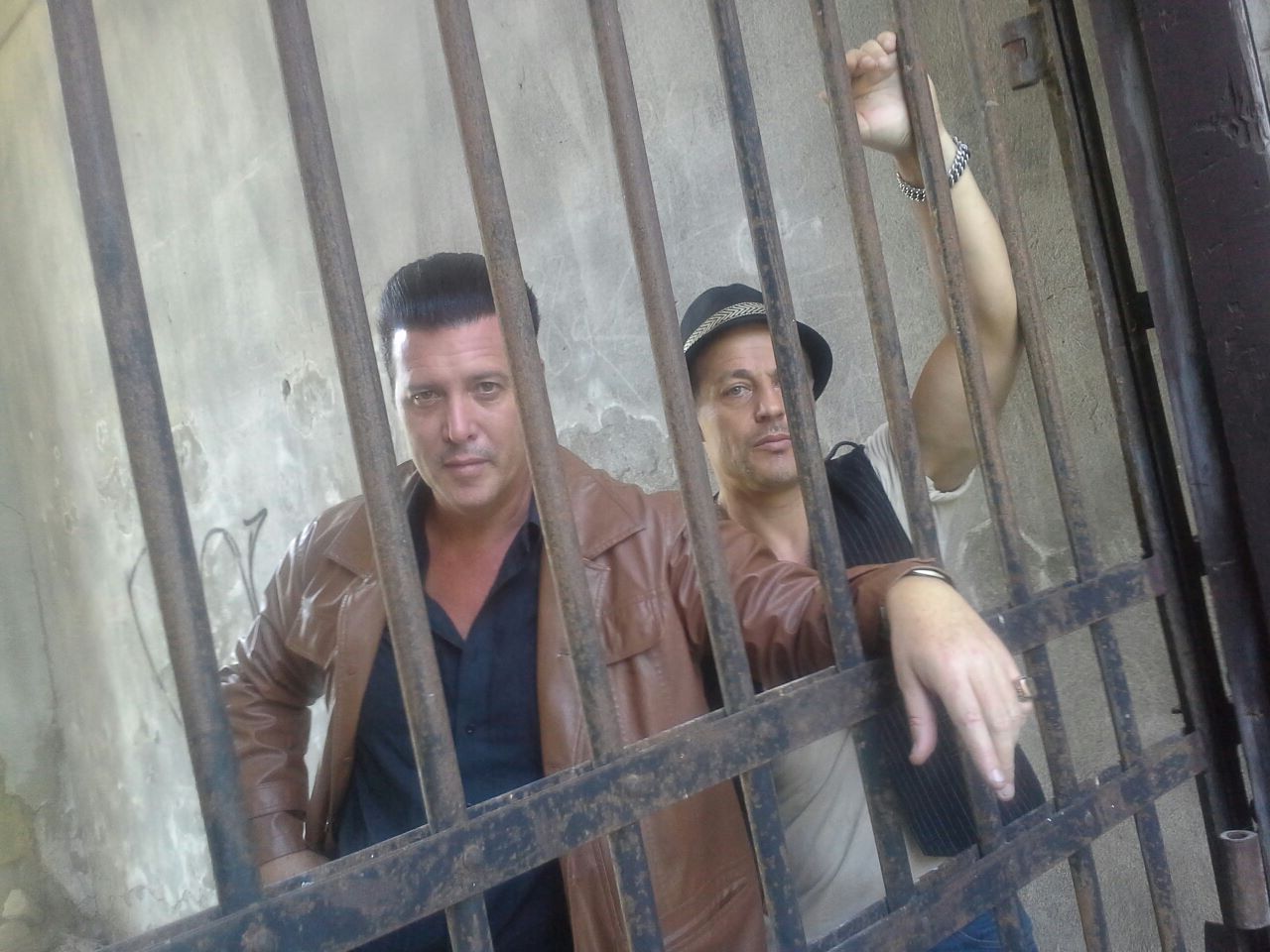 The pair are in Romania chasing down Nicky’s daughter, Maria (Manuela Harabor). They find her with her boyfriend (Bogdan Marhodin) who takes a bit of a kicking for being with her. They chuck him in the boot & force her to come with them. Maria & Nicky aren’t exactly seeing eye to eye which sees them end up in a car crash.

Hurt & in the middle of a forest the foursome seek shelter in an abandoned hotel just as it’s getting dark. It’s a huge, imposing building that seems deserted but unknown to the group is actually home to a group of cannibalistic freaks. They may have been human once but their desire for flesh has twisted them so only brutality remains.

Hotel of the Damned is a very entertaining horror that lives long in the memory thanks to the excellent acting of both Nicky & Jimmy. As a duo they light up the screen with their friendship, something that is so believable later events are genuinely heart-breaking. It was a fantastic idea to put these harden criminals into this deadly situation as they react in such different ways.

For example, when Nicky & Jimmy first discover the cannibals they open a door & see them from behind cooking human flesh. They don’t scream or panic, their facial reactions are priceless but they step back quietly, let the door close (unfortunately it does so with a click) & quickly come up with a plan.

When they run out of ammo they resort to using their fists, as characters they are just so convincing & you can’t help but rout for them…even if they’re not exactly the good guys. Through flashbacks we see just how Nicky & Jimmy hunted down Maria & lets just say it involves a lot of ass-kicking’s & occasional murder.

The rest of the cast do a perfectly good job too. Manuela Harabor as Maria portrays a harden woman, resentful of her father’s life of crime but eventually grateful for his protection. Her boyfriend comes across as a stooge but as the story progresses his true devious nature is revealed.

The cannibals aren’t on screen much but it’s a smart decision as it makes them seem almost other-worldly. They are filthy, sore-covered creatures that revel in the violence they dish out. There isn’t a whole load of gore because of the small cast but it is very realistic, injures look painful & the characters continue to suffer from them as the movie reaches it’s finale.

A hugely entertaining watch that changes the ‘cannibal horror’ rules by adding victims who don’t just fight back but are just as deadly as the cannibals.

Hotel of the Damned will be available December 6th 2016 on Video on Demand (VOD) via Uncork’d Entertainment.

Hotel of the Damned