On September 2, 2014, Netflix renewed Hemlock Grove for a third and final 10-episode season. The end of season two left us with a lot and I mean a lot of questions, would season 3 manage to answer them all and wrap everything up in a satisfying manner?

I’m not going to beat around the bush in this review; season 3 of Hemlock Grove is the worst conclusion to a series that I have ever seen. I have never seen a show get it so wrong in so many different ways that it’s hard to know where to start.

The show was given a final season as an opportunity to wrap up the story and give satisfying conclusions to each character. There is no doubt that it is very conclusive but in a way that feels extremely lazy, drawn out and just downright idiotic. Now, that’s not saying that every single thing that came out of it is terrible because there are some positives but in my mind they are overshadowed by the negatives.

As usual I won’t go too far in spoiling the plot of the show but there will definitely be some spoilers regarding certain character conclusions. I would normally tell anyone that’s interested to look away now but instead I will simply recommend that if you’re a fan of the show then just avoid season 3 altogether.

What the hell happened to Andreas? In season two he was very likeable and would never do anything to jeopardize his relationship with Destiny or his friendship with Peter. But for whatever reason he has now transformed into some kind of power crazy moron who’s willing to risk it all for a quick buck. There are literally zero redeeming factors to his conclusion because it is even revealed that he had cheated on Destiny, basically he’s a complete dick now and that’s it.

The biggest problem I had with the storyline of season 3 is how hopelessly slow it moves at times and the lack of urgency certain characters show to progress. Peter and Roman show little interest in saving Nadia or Miranda for like 9 episodes of the season and then suddenly they get moving. The season should have been about them attempting to make a save and rescue but instead there are far too many pointless distractions to that only drag it on with mostly major filler.

Once they finally do get going it’s over so laughably quick that it’s just a slap in the face for anyone that thought there would be more. Miranda’s conclusion is a joke, a complete joke. Season 2 ended on a major cliff-hanger revolving around Dr Spivak and the creature he was within but it basically leads nowhere. He has a pretty cliché plan to repopulate the earth with his species and then he’s defeated so easily you can only sit back and get angry at the lazy writing. 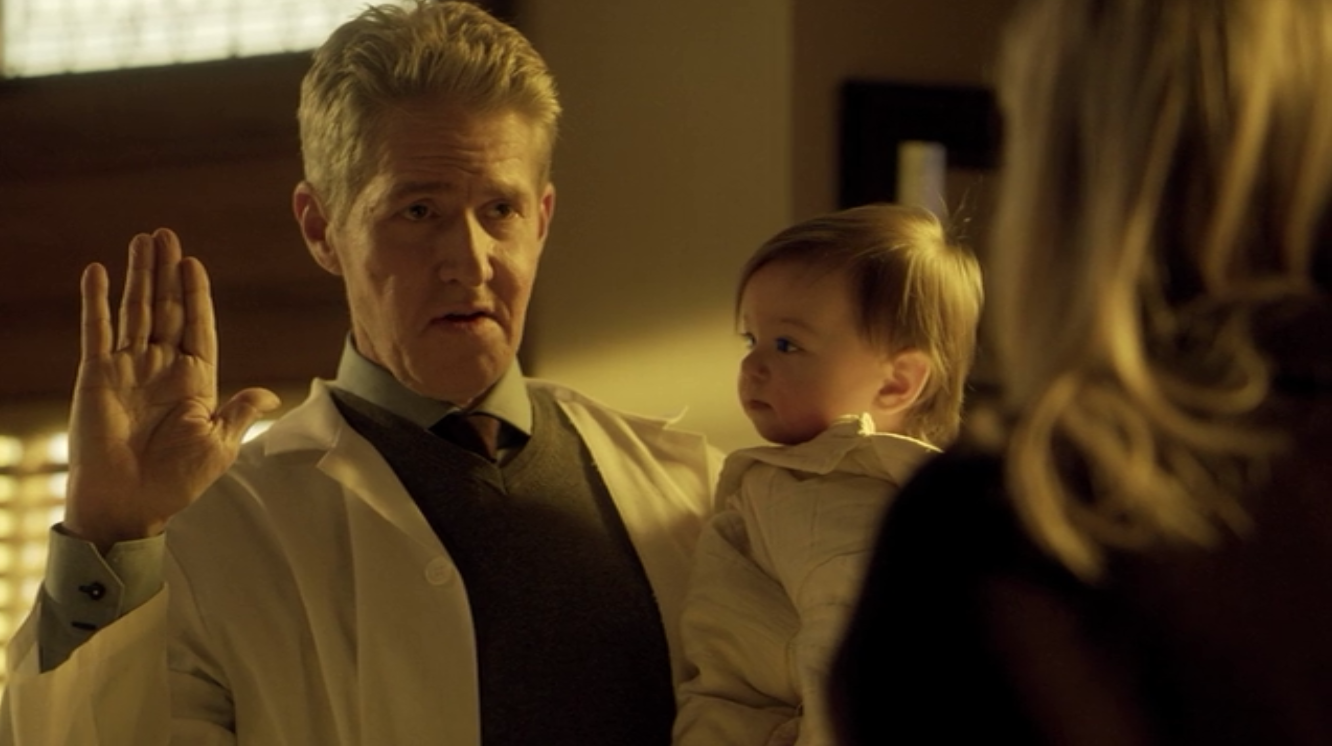 What the heck happened with Nadia? For most of season 2 Roman was protecting her like she was immensely special in some kind of way. In fact, not only did she have glowing eyes but she made a guy have some kind of brain aneurism by just staring at him. What happened to these abilities you ask? Well according to Spivak she just grew out of her glowing eyes and is a regular old baby now, well why did he want her so badly in season 2 then? From the very first season she has been a major part of the overall storyline and it just goes absolutely nowhere and is brushed aside without a care.

Moving on, even though we’ve seen a few previous iterations of lycanthropes I still found it to be probably the most interesting storyline of the season; it mostly involved Olivia and her slow deterioration which threatened all Upirs. As usual, Olivia and Dr Pryce were two of the most entertaining things about the show and had some of the better moments of the season. Although I will say that I wasn’t much of a fan of Johann’s conclusion because it hinted at happiness as his character truly progressed and developed only for it to end poorly.

Then there was Shelley and her journey to discover the type of person she wants to be. These segments of the season are the biggest waste of time and that’s mainly down to the newly introduced Aitor Quantic. This guy must have the most dialogue in the season and it’s just such a waste of time because he mostly talks complete nonsense. It’s during his long stories that I was thinking to myself, “What the hell is the point of this and when are we getting back to Peter and Roman finding Miranda and the baby?” Sure, you can say that it all concludes in a nice little ending for Shelley but that’s its only redeeming factor. If you do watch season three then I can only recommend you just skip his scenes.

Now, on to the worst thing about the season and that has to be the conclusions for Peter and Roman. What were they thinking with that ending? The best/most enjoyable thing about the show is of course their friendship/bro-mance. The writers must have either not known that this was the case or they just didn’t care, it’s horrible. I haven’t seen a single positive comment regarding it and I can completely understand why, it’s just sad.

While you’re watching season 3 you’ll probably think it’s not so bad but once the credits role and you sit back and think about what you’ve just seen you’ll likely feel very disappointed with what could have been. The whole premise of “no happy endings” is fine in theory but this just wasn’t the right show for it in my opinion. Hemlock Grove has more of a cult following than anything so they should have just given fans the ending that they wanted instead of one that tarnishes the show and its characters. And what was the point of the cliff-hanger type ending? This is the finale of the show and there will likely never been another episode so what was the point?

What happened to The Order Of The Dragon? What happened to the supernatural themes of the show? What happened to Johann’s super strength? Why did they turn Roman into such an unsympathetic character when that’s not him at all? Why was destiny able to contact Peter from beyond the grave? Why did Annie have sex with Roman when she knew beforehand that he was her brother? I could go on and on and on.

(Rant over but I could go on) Hemlock Grove season 3 is a major let-down in almost every way a finale possibly can be, you done fucked it up Eli.