C.H.U.D. (Cannibalistic Humanoid Underground Dweller) was an entertaining 80’s horror with some top acting & fun effects. As was the norm, it eventually got a sequel 5 years later called C.H.U.D. II: Bud the C.H.U.D. You can read our review of the first film here.

Choosing to go for a more comedic edge this sequel is every bit as disappointing as you might expect it to be.

The government has been working on the ‘C.H.U.D. project’ & are told to discontinue you. The project would have seen a C.H.U.D. turned into a killing machine used to fight in army but controlling them has been a bit of a problem.

The character Bud is then introduced in the most head-scratching of ways. The final C.H.U.D. experiment, he is held at the Centres for Disease Control office in a small American town. Why? It’s never explained.

It allows three teenagers to break in & take the body where they then accidentally wake him up. Bud then escapes & rampages across town infecting more & more people as he goes. 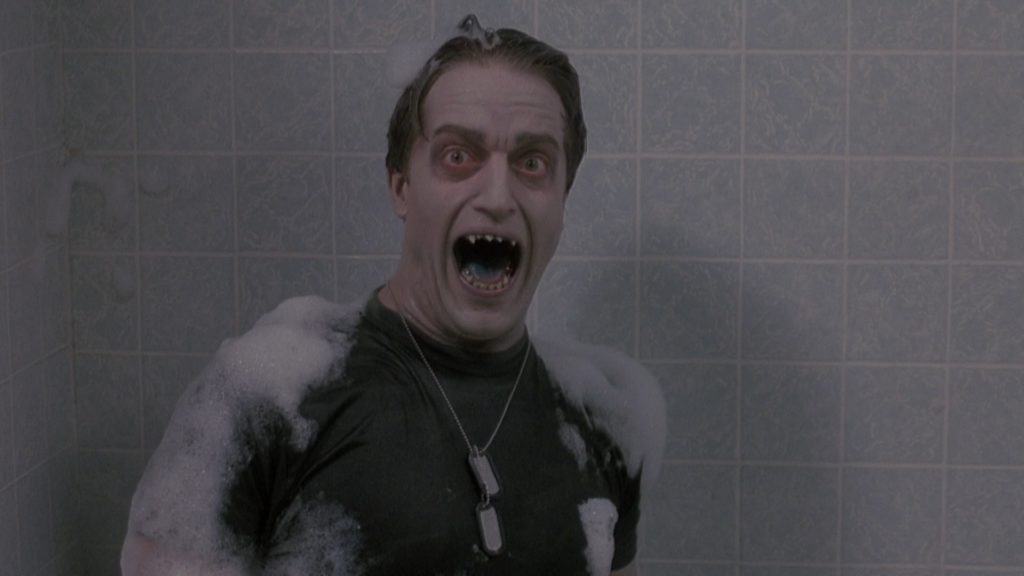 The teenagers & a few government officials then set about trying to re-capture Bud the C.H.U.D. resulting in supposedly hilarious shenanigans. I say hilarious because C.H.U.D. II: Bud the C.H.U.D. is not funny in the slightest. In fact, it’s cringe-inducing most of the time.

It’s not just the attempts at humour either. No, it’s the slapstick behaviour from most of the characters. No one does well here, the cast range from awful to passable. Forgettable at best, annoying at their worst. The whole movie ends up devolving into a poor zombie movie that makes very little sense.

They eat humans but always seem to only take the odd bite allowing the bitten person to reanimate as a C.H.U.D. also. They happily leave some alive to attack others & nowhere is that more head-slappingly frustrating then during the finale. A finale that sees the army arrive at a Halloween party & fit in with ease thanks to the costumes. It’s like a scene from a Disney movie & just when you’re thinking we’re going to get a majorly gory scene the huge group of ‘zombies’ are distracted by one singular woman who manages to get them all to follow her. 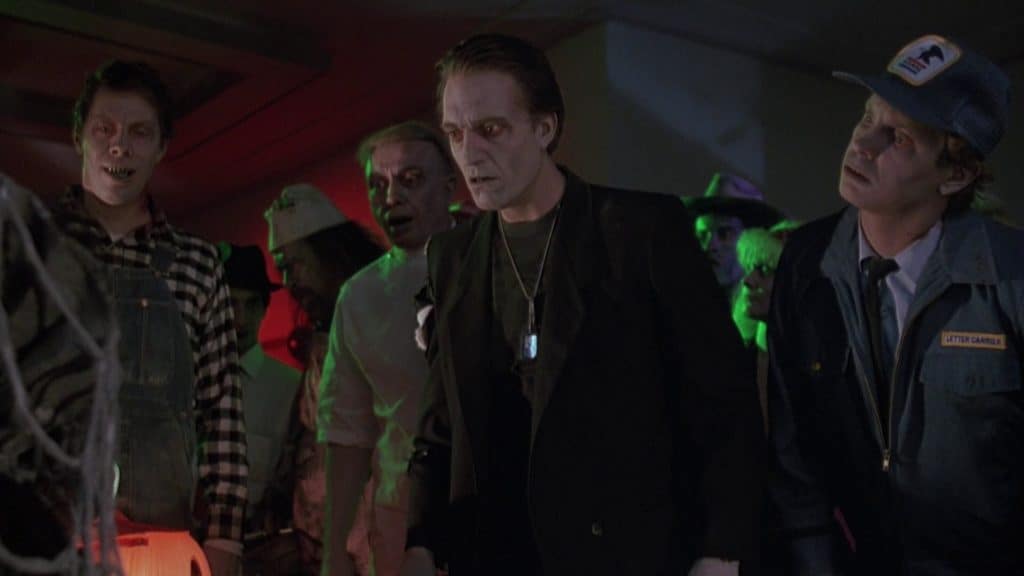 It makes no sense considering there was so much food in front of them. It’s just so the writers could move the plot forward to the finale. One that doesn’t improve the overall film. The best that can be said is that there are some decent effects.

C.H.U.D. II: Bud the C.H.U.D. is such a departure from the original that if the acronym wasn’t said a few times you wouldn’t think the two films were related at all. It’s just not a good film.