Far Cry 4 was a great addition to the franchise even if it was a little bit too similar to Far Cry 3. You can read a great review written by Raptures Lost here.

This piece of DLC takes place completely in the Himalayas…a section of the main game that you occasionally went to complete missions. Ajay Ghale wakes up in a crashed helicopter in the mountains & hears what sounds like the helicopter pilot being interrogated by persons unknown across the radio.

Your first mission is to try & find him. The story is not particularly exciting & the missions cut & pasted from the main campaign. What the DLC does do differently are the night defence missions. After discovering the relay station, it becomes a base of operations as you explore the Valley. You can upgrade its defences by adding fences with razor wire, exploding barrels & mounted guns. Each night the group that inhabit the valley will attack the station in attempts to blow it up. These come in increasingly difficult waves with Ajay having to survive 5 nights in total. 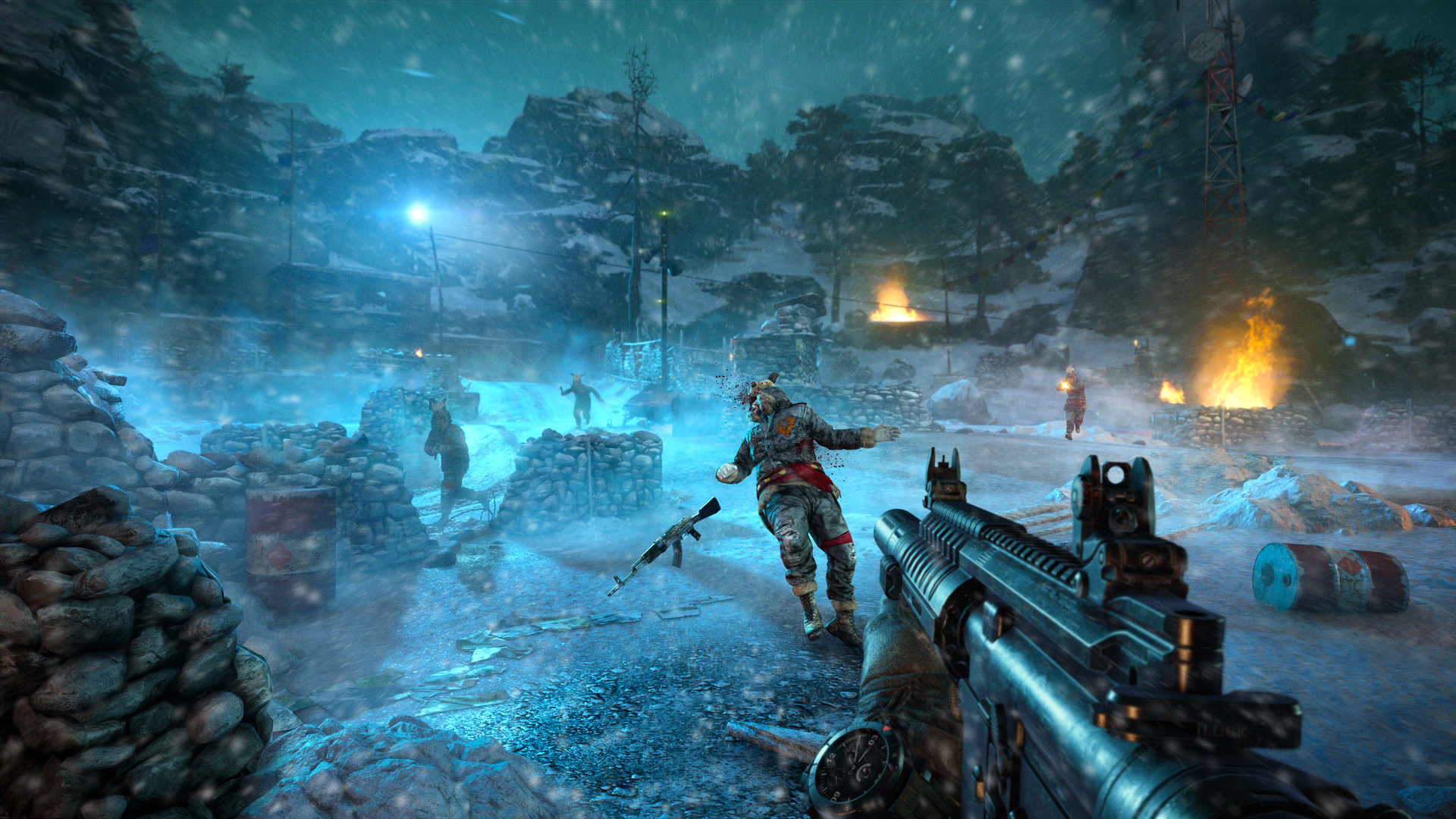 These can be quite challenging with attacks from all directions & you having to prioritise where you position yourself.

The Valley itself is a fairly large area to explore with plenty of the usual hostile wildlife to deal with on your journey. While there are much less areas to explore & items to pick up you are encouraged to go off the beaten path to collect animal skins stored in boxes. Get these & you can increase your bait bag size, wallet, quiver etc. it’s a much easier process than the main game but some will require exploration. There isn’t a massive incentive to really bother though as you’ll rarely be reaching the capacity’s once you’ve increased the sizes once or twice.

Starting this DLC is effectively starting a new game, Any skills/weapons etc that you’d found or earned in the main campaign won’t be here. The DLC is generous with its XP though & by the end I had all available skills with points left over.

Beyond the main missions & night defences the only other thing you can do are side-missions that give you free upgrades for the relay station. These are basic stuff such as steal a truck or find a certain weapon & they get repetitive quickly.

Later in the DLC, Yetis are introduced & they add a little bit of extra difficulty…at first. Fighting one straight up is going to see you take a lot of damage & they soak up bullets. The trick is getting a little height (in this DLC very easy to do) as its only attack is to throw rocks at you. They do minor damage & knock you over but are easy to dodge with a little strafing. Open up on the Yeti with your weapon of choice but aim for the head & it will be stunned allowing you to get behind it & start a brief QTE to finish it off. 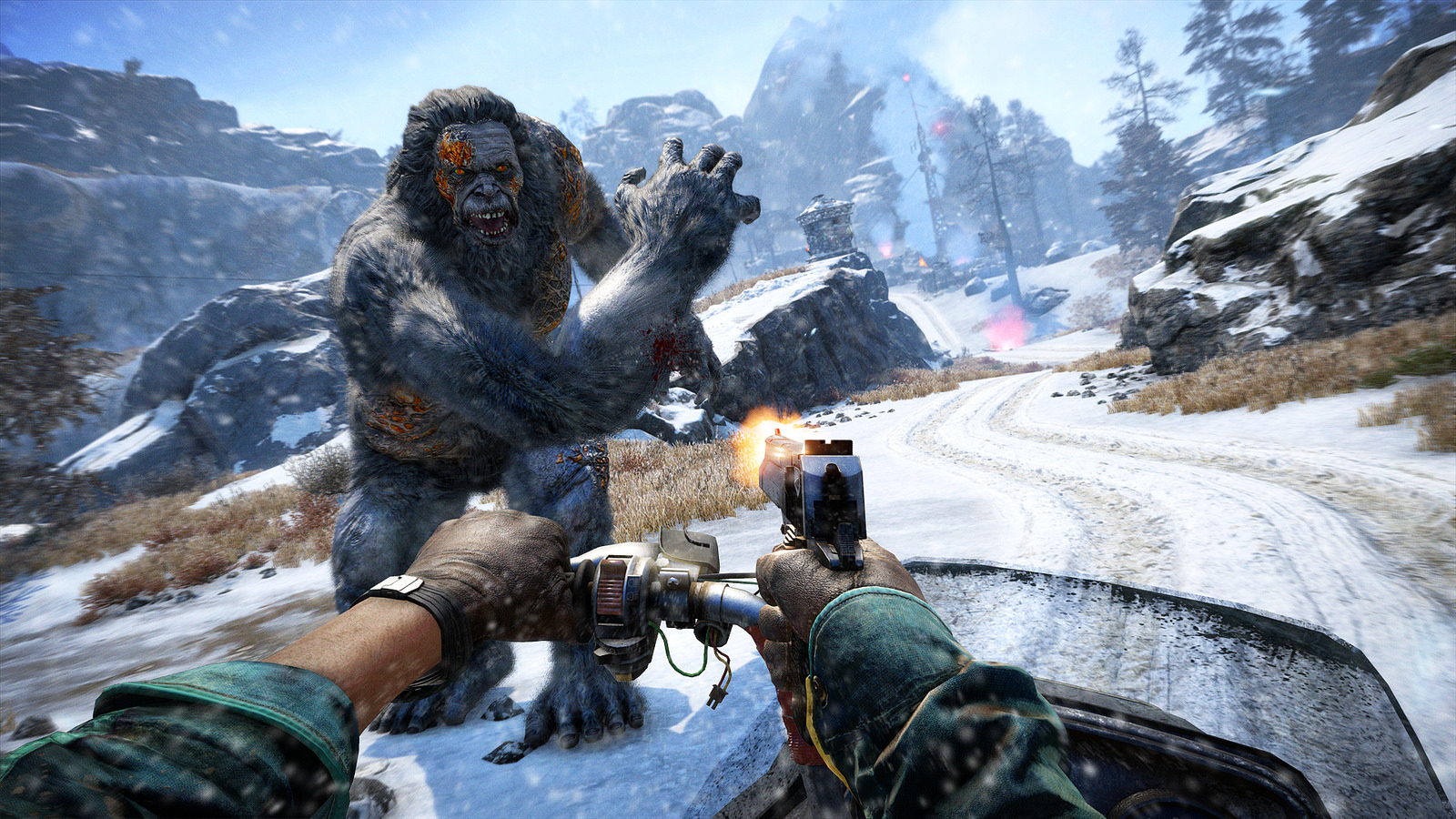 Considering the initial ‘wow’ moment when first dealing with a Yeti they loose their impact the more you fight them. By the time the DLC was wrapped up I must have fought & killed at least 20 with many of that number coming during night defences & the final mission. Not so wow anymore.

Valley of the Yetis has about 6-8 hours of content & is pretty good value for money. Those looking to expand on the Far Cry 4 story won’t find much to enjoy here & it is mostly forgettable. The environment looks great & feels harsh in comparison to the lush greenery of the main game. The inclusion of night time defences added something new to the Far Cry package & they are both fun & challenging. 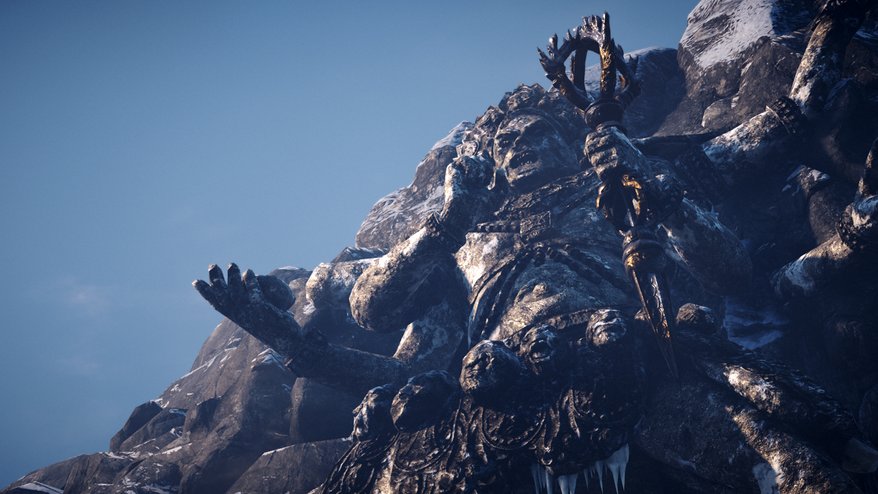