I really enjoyed Far Cry 3, its wonderful tropical open world, story and antagonist. For these reasons alone I was naturally very interested when Ubisoft announced Far Cry 4 and even more so when they announced it would be set in a Nepali state named Kyrat. The idea of exploring a vast, mountainous open world in the Himalayas filled with secrets, wildlife and interesting quests sounded too good to be true. From the outside Far Cry 4 looks like nothing but a re-skinned Far Cry 3 or simply a large DLC but is that really the case, let’s have a look at Far Cry 4 and I’ll tell you what I thought.

The game follows Ajay Ghale, a young Kyrati-American of Nepali origin who returns to his native country Kyrat (Nepal) to spread his deceased mother’s ashes. His mission is interrupted when his bus is attacked by the Royal Army and he is taken prisoner by Pagan Min (Troy Baker), the country’s eccentric and violent king who claims to have been romantically involved with Ajays mother. Ajay escapes with the aid of Sabal (Naveen Andrews), a commander in the Golden Path, a rebel movement established by Ajay’s father, Mohan.

As the son of Mohan Ghale, Ajay becomes a symbol for the Golden Path to rally around, and after freeing a group of hostages and liberating territory held by Pagan, they plan on breaking Pagan’s stranglehold on power by targeting his three regional governors: De Pleur, who oversees opium production and runs Pagan’s torture chambers; Noore, who runs poaching and prostitution rings and is herself a victim of Pagan’s cruelty; and Yuma, Min’s trusted general who is obsessed with uncovering the secrets of the mystical realm of Shangri-La.

However, the Golden Path’s newfound momentum is threatened by deep divisions between its commanders Sabal, who favours traditional values at the expense of some out-dated world views; and Amita, who argues for progress, which includes heavily relying on drug trade. Ajay is forced to intervene on several occasions, with his decisions influencing the direction the Golden Path will take.

That’s the basic outline for the story without going into too much detail that would only spoil the events that unfold.

Now then, if you’re at all familiar with the gameplay of Far Cry 3 then you’ll feel right at home with Far Cry 4. You’ll instantly feel comfortable with the way the game controls or how to capture an outpost, the foundations are very similar. Although, I would say that in a subtle way the gameplay feels much more fluid and is able to react to what you want to do much more quickly but this may be something that would only be noticeable if you went back and played the predecessor. Of course the dynamic of being in a completely different open world with new and interesting ways to traverse the environment helps in making it feel new and fresh. 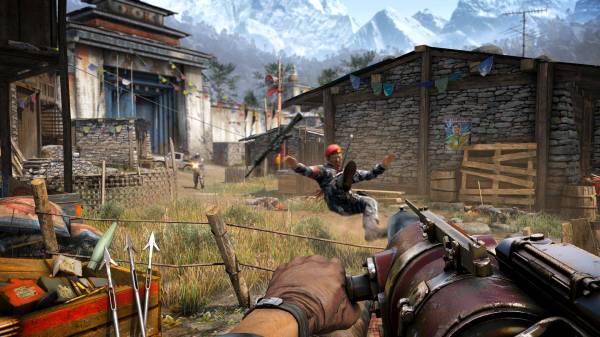 Talking of the world, Kyrat is a beautifully crafted landscape. When talking of realistic looking video game lands it has to be one of if not the best looking open worlds I’ve ever seen, at least on the current generation of consoles. Imagining these types of graphics being used in a future Fallout or Elder Scrolls game is truly exciting.

The attention to detail throughout the game is impeccable, in no way is this simply a reskinned Far Cry 3. Kyrat truly feels alive and is full of an array of wildlife, plant life, villages, citizens and seemingly random events. I was particularly impressed with the games textures on trees, minor objects, animals, water and character models.

I mentioned above that as Ajay you have to make choices in certain quests on who you side with, either Amita or Sabal. I really enjoyed this aspect of the game as I found myself taking time to really consider my options. I found Sabal to be really likeable but was conflicted because I didn’t agree with his old fashioned views on how Kyrat should function; this was made even tougher when he saves Ajays life on more than one occasion. Ultimately though, many of the quests you undertake lack impact and can end up being quite forgettable which is a shame. 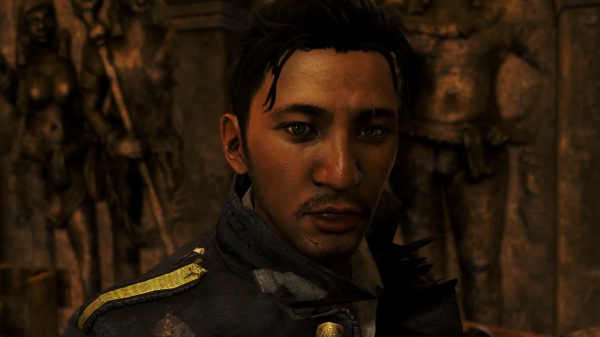 Although I understood the repercussions to my choices and felt some of the weight of my decisions, I never felt that Ajay cared at all. I never once got the impression that Ajay was taking it very seriously and this isn’t helped by his very limited dialogue that lacks something of a punch or any kind of emotional impact. Instead, it makes Ajay feel sort of clueless to what’s going on around him. I hear that this was intended by Ubisoft as they wanted Ajay to be less serious to counteract the seriousness of the dark events that happen in the game. 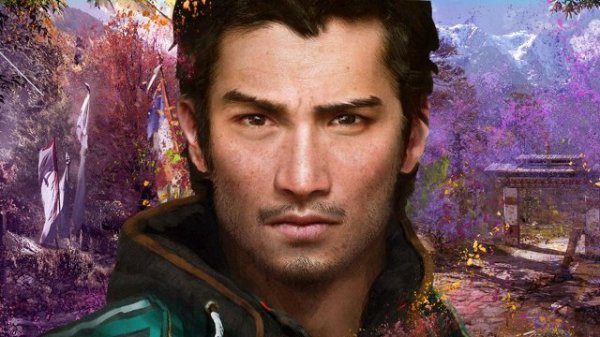 Regardless of this, the voice acting in the game is tremendous. Of course, the obvious stand out is the excellent Pagan Min voiced by who else but Troy Baker. Troy does a great job of giving Pagan a really unique and memorable personality that almost makes him too likeable, considering he is meant to be the main villain. 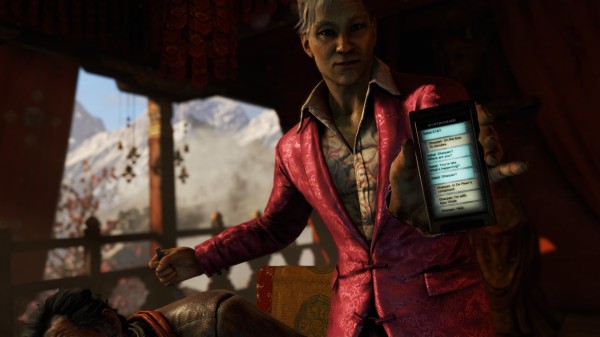 I would have loved it if Pagan had been in the game much more than he is considering every small interaction you do have is so much fun. Sadly, he’s demoted to something of a background role, mixed up in amongst many far more forgettable villains.

What I truly loved about Far Cry 4 is how much of a personal experience it is to roam Kyrat. You’ll find yourself in the right place at the right time to see elephants attacking enemy soldiers or a hungry eagle snatching a pig from the ground and flying away with it, this is where Far Cry 4 truly excels. The tactics I implement when attacking an enemy outpost or the weapons that I choose will differ from next player.

There are a host of interesting side quests involving some very unique individuals but one of my favourites sees you collecting parts of a tapestry that transports you a series of sequences in the mythical land of Shangri-La. It’s a really refreshing change up but it’s a shame that many of the side missions such as this are optional as many people may miss them.

It Took me just under 38 hours to liberate all outposts, complete all side missions, collect a substantial amount of collectibles and unlock all skills.

As for the multiplayer, I do think it’s quite impressive that the 5 VS 5 matches take place in quite a large section of Kyrat and Ubisoft have tried to be innovative with what you can do but for me personally it feels like another tacked on multiplayer mode. The biggest issue is that it’s practically dead, making it very hard to get a match to even begin and then matches do begin with uneven teams. I don’t play Far Cry for multiplayer and I’m sure I’m not alone there. On the other hand, the co-op is an excellent addition, what better way to experience Kyrat than with a friend? 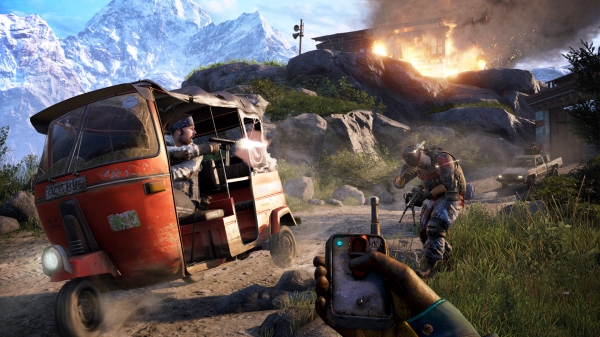