Sweet Home is a South Korean fantasy horror TV series based on the Naver webtoon of the same name by Kim Kan-bi and Hwang Young-chan. The 10-episode show stars Song Kang, Lee Jin-wook and Lee Si-young.

The main storyline surrounds the character of Cha Hyun-soo (Song Kang). A young teenage loner who has suffered some deeply tragic events including the death of his family in a car accident. Following that event, the boy has moved home to an apartment block called Green Home. A run-down building with a wide array of residents. He tries to keep to himself but when horrifying events begin to occur, he is forced to team up with the rest of the building to survive. 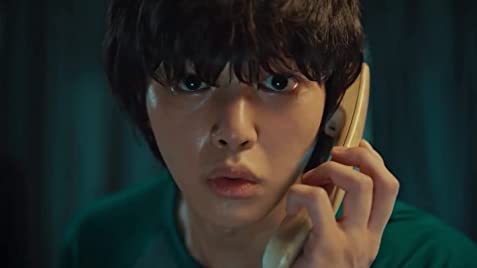 This includes ex firefighter Seo Yi-kyeong (Lee Si-young) whose fiancé disappeared days before their wedding. Lee Eun-hyeok (Llee Do-hyun), a medical student who comes across cold-hearted. Pyeon Sang-wook (Lee Jin-wook), a mysterious man who may or may not be a gangster. Jung Jae-heon (Kim Nam-hee), a devoutly religious man who stands up for what is right and Lee Eun-yoo (Go Min-si), the younger step-sister of Lee Eun-hyeok who is argumentative, defiant and troublesome for many of the other residents.

Those there are the main players of the show but it has a ton more characters, all with their own ideologies and motivations. Many that clash, especially when they’re forced together by the events occurring both inside and outside the apartment block.

So, what is going on? In a nutshell… monsters. People are turning into monsters that seem to be driven by overwhelming desires. The first indication that someone is infected is a severe nosebleed. Then it’s only a matter of time to see if they turn into a monster. Most do and become uncontrollable killing machines; however, some are able to control the darkness in them and use it to their advantage.

As the country seems to be collapsing outside, the residents inside Green Home barricade themselves inside waiting to be rescued. However, when the monsters begin to appear inside and more and more become infected, trust becomes a serious issue. Just what is going on? Is this the next stage of human evolution or are they all doomed to become what they desire?

Swapping out zombies for monsters, there is an air of familiarity to Sweet Home. There’s no getting away from the fact that a group of people trapped inside a building while dealing with death both inside and outside is not exactly original. However, where Sweet Home excels is with its characters and their stories. This is the stuff that keeps you hooked and coming back episode after episode. Especially when the show begins to slow down around the halfway point.

Everyone gets a story here. Some more than others obviously but each person feels integral. They come across like real people with real problems put in a situation that is completely out of their control. Through the episodes, some of the bigger stories are even given more depth thanks to the use of flashbacks. The drama of this show is genuinely top-notch stuff.

As is the action and the monster concept. The idea of strong desire causing the mutations is different and handled quite well. Resulting in a number of different creatures with varying levels of power. Some are downright disturbing; others have a bit of tongue in cheek humour to them but most are incredibly dangerous. 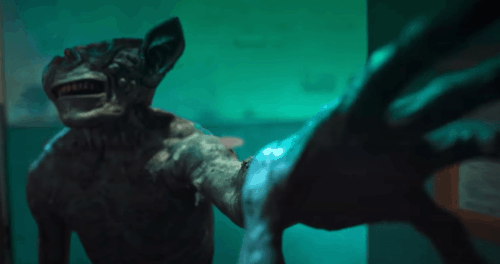 A mix of CGI with occasional practical effects, if there’s one area that Sweet Home doesn’t quite nail what it is going for, it’s with the former. The CGI on some of the monsters isn’t great and there are times where some bad effects might make you cringe. It’s not outright terrible stuff though so more than passable. Especially as there always part of a frantic action sequence that leaves you feeling breathless.

It’s not just fans of hectic action, imaginative monsters and deep characters that will come away happy though. Fans of blood and violence also have plenty to enjoy here as the show is not afraid to spill blood and kill characters who have become integral to the plot.

At its best, Sweet Home is a frantic and intensely told story of survival that makes you care about its characters. At its worst, Sweet Home is slow and plodding with an overarching story that we’ve seen time and time again. However, more times then most, it is the former rather than the latter.

Hopefully we get a second season to tie up the loose threads at the end.