Metal Gear Solid V: The Phantom Pain came with an incredibly level of hype but managed not only meet expectations but surpass them for many a gamer, me included. It’s taken me months & over 162 hours to reach 100% completion status which has given me a pretty wide view of the game overall. This is the top 10 things that I think make Metal Gear Solid V: The Phantom Pain not just a great game but one of the best on the Xbox One to date. 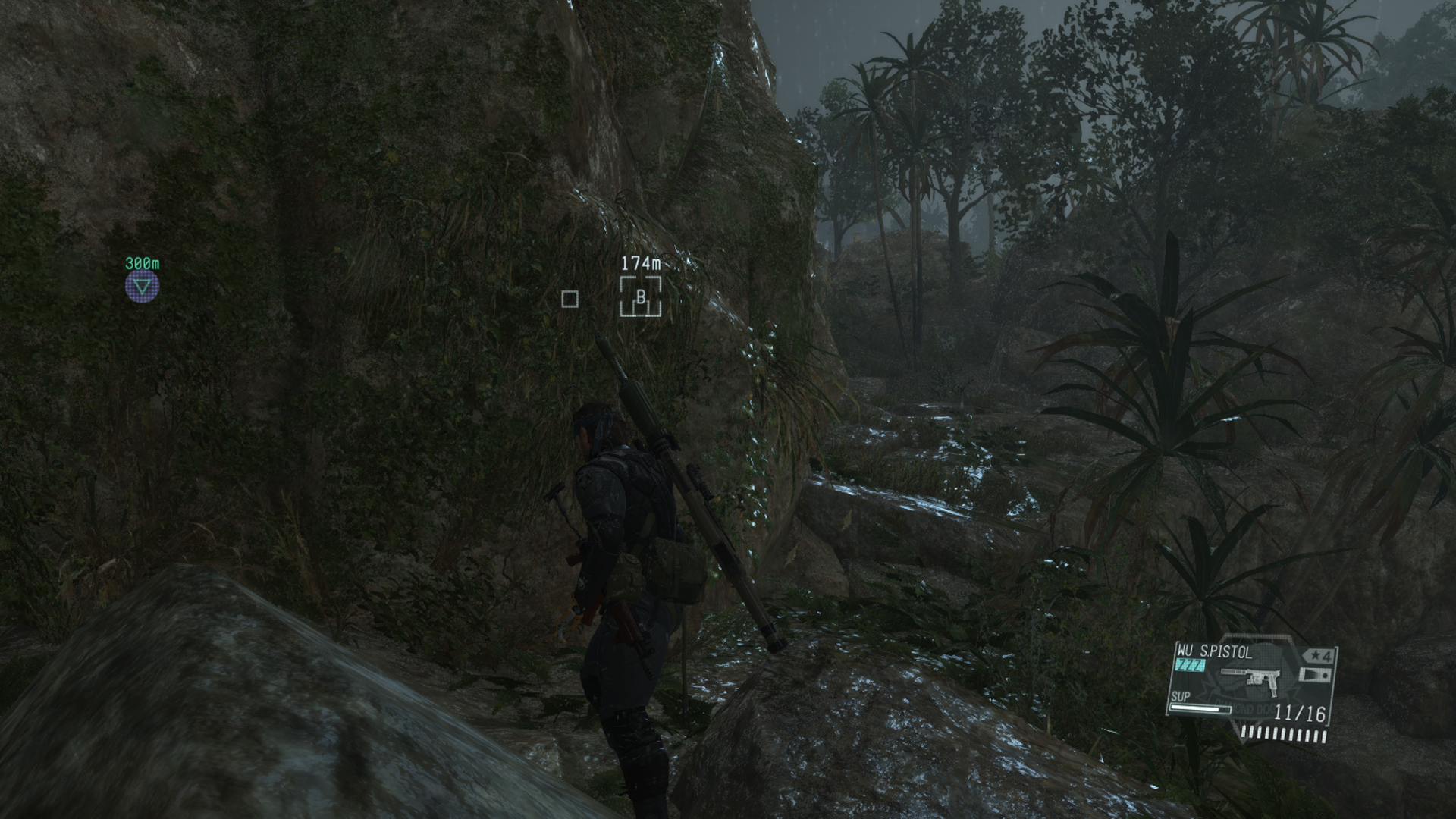 Graphically MGSV was the first the next-gen console game that wowed me. The locations are stunning, the detail unbelievable & an ever changing weather pattern that will take your breath away. Watch the sand blow across the dunes of Afghanistan or the rain dripping through the leafy jungle of the Anglo-Zaire border & tell me this isn’t a beautiful looking game. 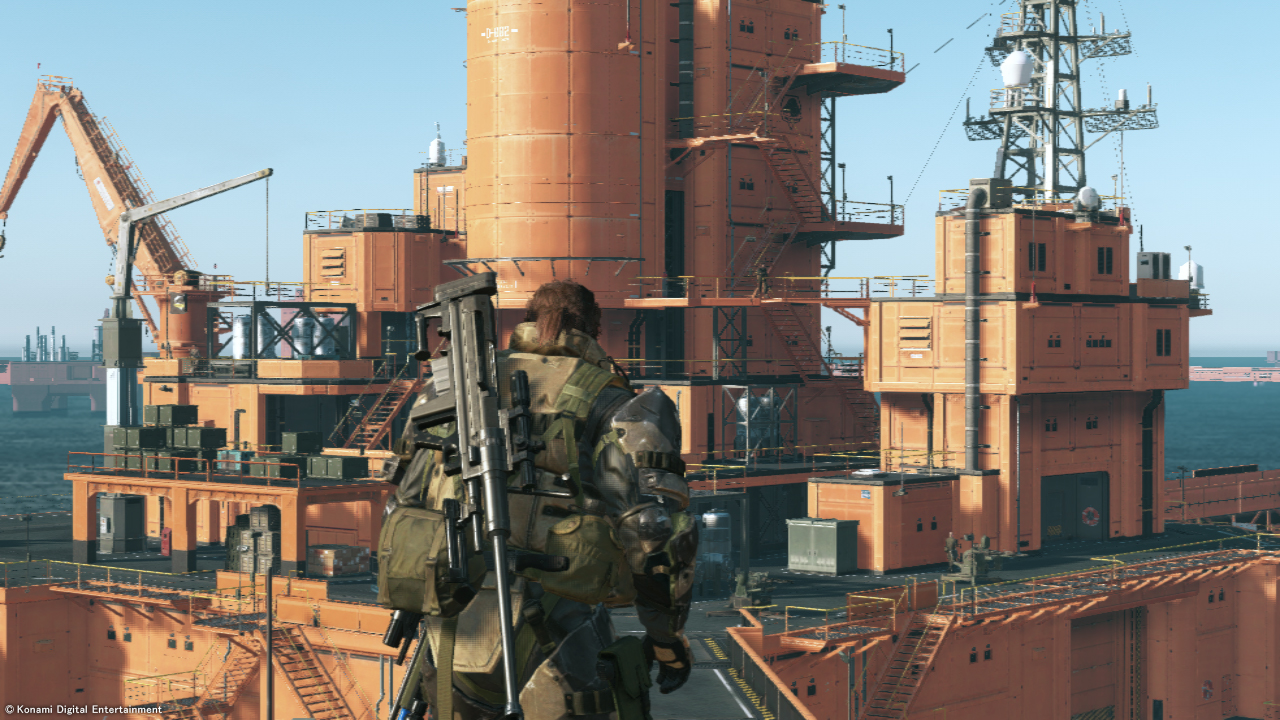 As the game progresses & more resources become available you can develop & build new platforms to increase the use & size of Mother Base. Seeing soldiers you captured as well as volunteers patrol will make you proud & it feels like yours. 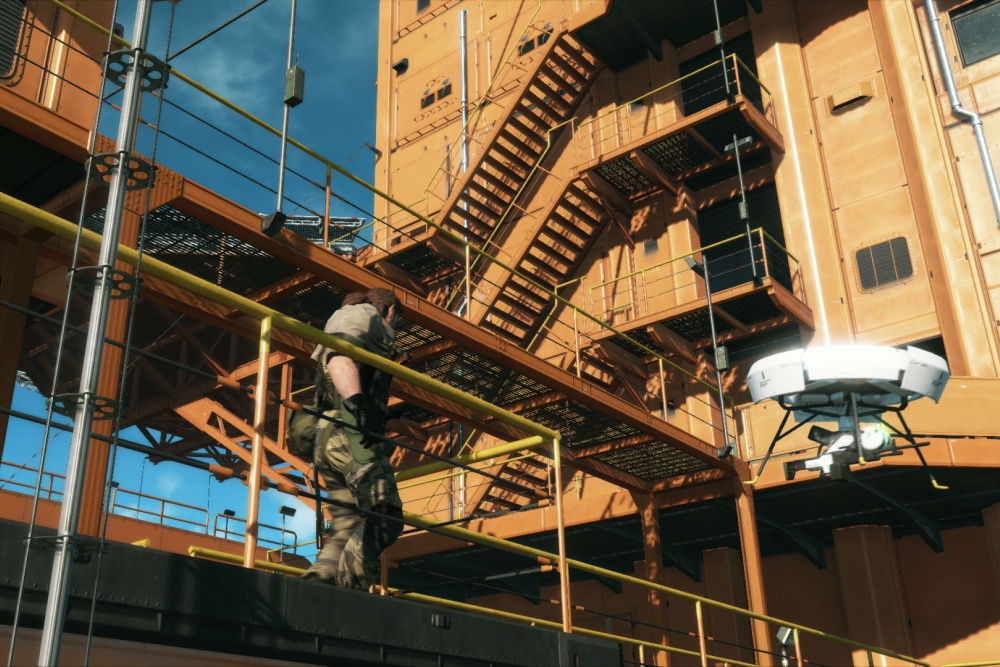 I didn’t think I’d ever touch this side of the game but struggling for resources I saw that succeeding in infiltrating other players FOBs would gain high rewards! It turned out to be more fun than I could imagine & the sense of satisfaction that came with ransacking a FOB without being detected was immense. It’s not just about being attacked either, defence was just as important. It’s rare that anyone ever succeeds in getting through my FOB in one piece.

The further you progress in MGSV the tougher it becomes, like all games & no surprise here but if you take the time to gather resources, develop gear, weapons & just get to know your surroundings you can really make things easier for yourself. Finding blueprints, developing new weapons & new gear actually feels like it matters here! 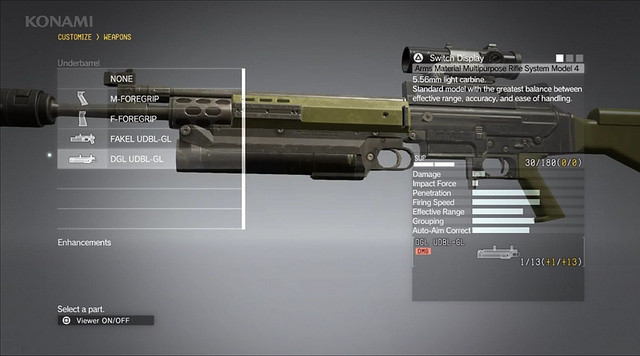 There is so much variety here & after 162 hours I still hadn’t developed everything I could (it gets pricey). New outfits for Snake & his buddies (I had Quiet dressed like Sniper Wolf & D-Dog able to tranquilise people) that offer more than just a change in looks! The weapons & what you can do with them…have a high powered sniper rifle but you need a better scope, a silencer & more ammo? You can chop & change any weapon you want. It’s an open field filled with choice & variety. 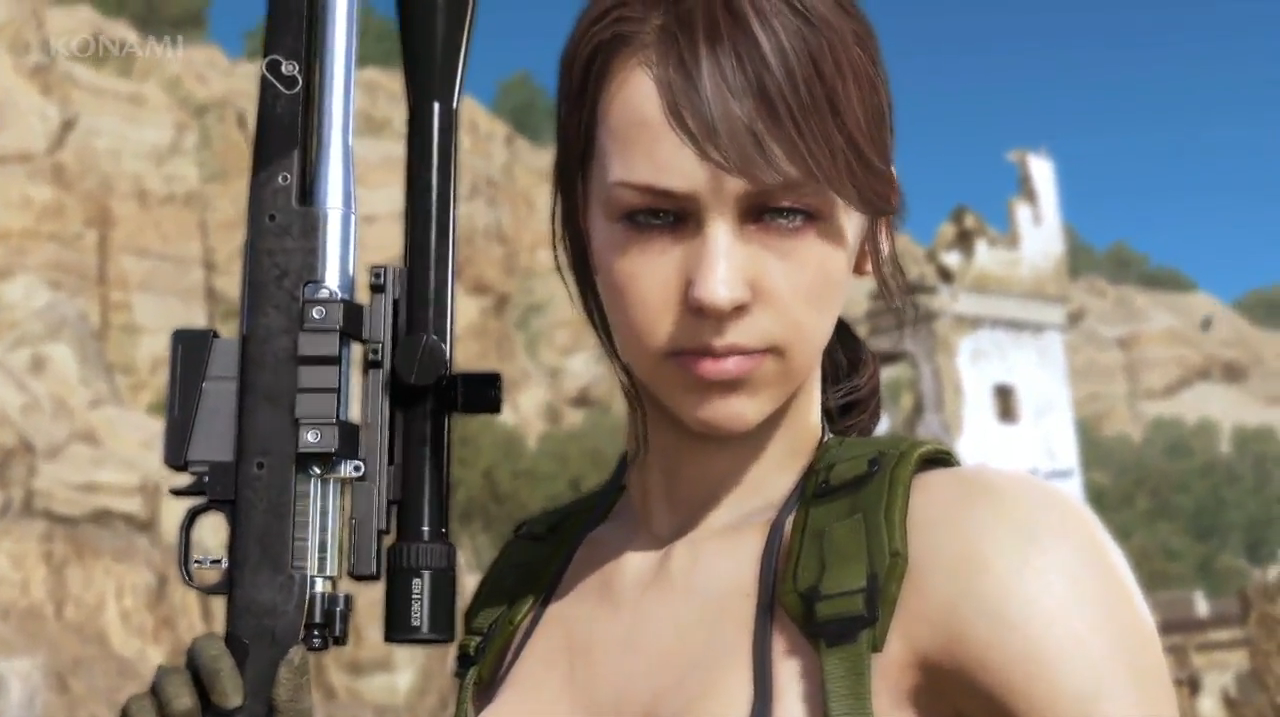 The gross sexualization of her character aside I adored Quiet & her story gripped me until the end. From the moment she was available she became by go to buddy for most missions & as our bond increased so did her abilities. The boss fight against her is fun as well, a good old fashioned sniper battle! I won’t spoil anything here about her story but make sure you raise your bond with her to the max level & return to Mother Base with her when it is raining.

Oh & at the end of Mission 45 don’t leave in the helicopter, follow the footprints up the hill to the tree…it’s worth it.

50 missions (although a few are just tougher versions of earlier ones) with numerous side objectives, 157 side-ops, online FOB infiltrations/defences, dispatch missions for your units, plenty of useful collectables that include tapes to fill in the story, animals for your own zoo & blueprints to develop weapons as well as the option to free roam both countries. No wonder I put so much time into it.

While it may have taken some criticism from fans I personally enjoyed every moment of it, every time it felt like it might be slowing down a pivotal story moment happened that brought me right back in. The use of side-ops missions & the tapes that added more depth to sections was smart & allowed to me to really become immersed in the Metal Gear world. Complaints about the ending are unfounded in my opinion, I wanted to know how this tied into the Metal Gear games that came about in the 80’s & I got that.

To name but a few.

• Stun an enemy in a puddle of water & they will drown.
• Don’t shower for a few days, enemies will smell you & you’ll get an amusing cut-scene back at Mother Base.
• Guards change shifts.
• Don’t interrupt guards conversation on the radio, the person on the other end will notice & send enemies to investigate.
• You can make D-Horse poop on the road to cause vehicles to swerve when they drive over it.
• You can make Snake resemble a demon by committing bad acts such as killing to many enemies.
• Good at headshots? Guards will begin to wear helmets.
• You can throw gun magazines at enemies.
• Throw a grenade into a group of soldiers & on occasion one will dive on top of it to save the others.
• Wild animals will attack enemy soldiers also.
• Trying to hide a knocked out guards body? Put him on a bed…he’s just sleeping now.
• Enemy soldiers will get out of the rain.

1 – The many different ways you can approach/complete missions 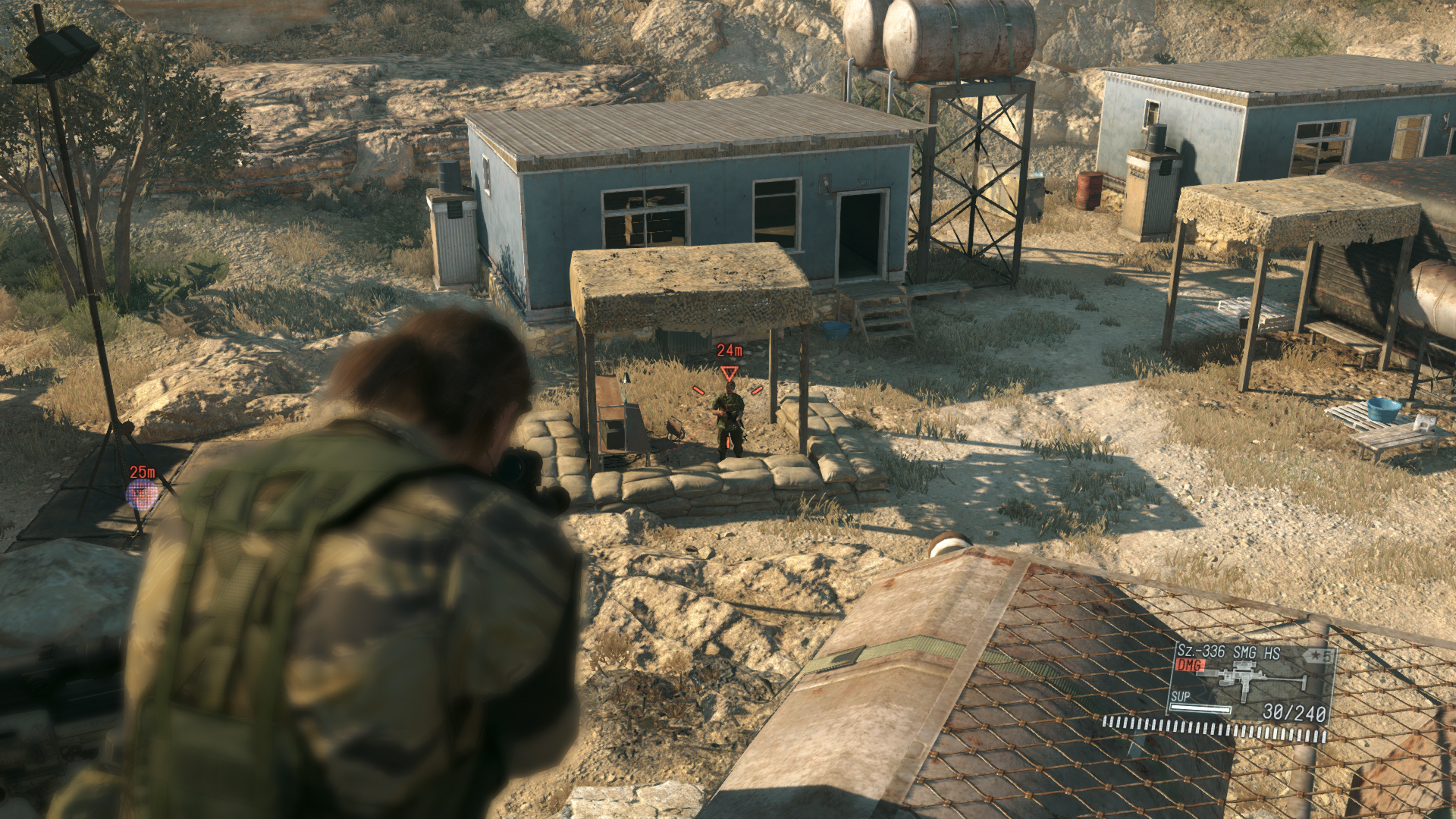 How you complete a mission is entirely up to you. You can complete most missions anyway you want. All guns blazing, stealth or a combination of the two depending on the mission objective. Missions can take as long as you want or can be completed within 10 minutes depending upon your approach with a ranking awarded for how you did it (hint: fast & stealthy with no kills is key to the S ranks). Trying out different routes in, finding secret paths or learning enemy patrol paths…there is so much to understand & enjoy.

I’ll give you one example, one mission involves taking out a particular enemy holed up in an airport awaiting an inspection. Now the airport is heavily defended & he is in the main building so getting to him is no easy task. Sneaking your way to him is worthwhile because you can find a lot of resources & there are a few tough optional objectives attached to the mission. However if you equip a high-powered sniper rifle with a silencer you can sneak in & from distance shoot him through an open window escaping to the chopper within 5 minutes.

It’s entirely up to you as long as the job is done.