Like all good (and bad) 90’s horror slasher movies, a sequel to I Know What You Did Last Summer was inevitable.

This sequel picks up a year after the events of the last film. Julie has tried to move on with her life & is attending school in a different city now. However she still suffers bad dreams & is clearly struggling to cope with the murders of her friends by the vengeful fisherman, Ben Willis.

Julie’s friend, Karla, participates in a radio-contest that sees her win all expense-paid vacation to the Bahamas over the 4th of July weekend. 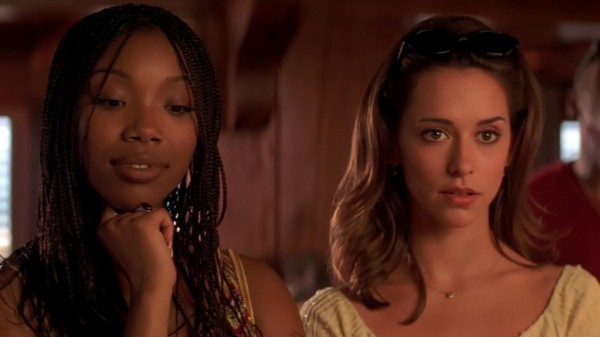 Anyway, Karla convinces Julie to come with her & to get her boyfriend, Ray (from the first film) to come along. Ray doesn’t want to go & they have a fight. Later he changes his mind & plans to surprise her by just showing up with a marriage proposal.

On his way with his pal Dave, they stop to check on a car abandoned in the middle of the road. Dave is killed in brutal fashion by a returning Ben but Ray manages to escape even though he is hurt falling down a hill.

When Ray doesn’t show, Karla & her fella, Tyrell try to convince Julie to bring along Will who has a serious crush on her. Julie is less then happy about it but agrees anyway…

So the whole set-up for this trip is awfully strange but it gets even stranger when they arrive on the resort to find it virtually empty of life. It seems as though their trip is happening during hurricane season.

So the group are going to party hard on a deserted resort with Ben Willis still on the prowl. Someone wanted them to go there & at this time…hence the dodgy phone-in question, but who?

That’s the films major mystery & it is obvious from the moment the character arrives. The film decides to throw you off the scent…badly & the only real mystery as a viewer is to what the person’s motivations are. I won’t spoil it for you but trust me, it’s under-whelming. 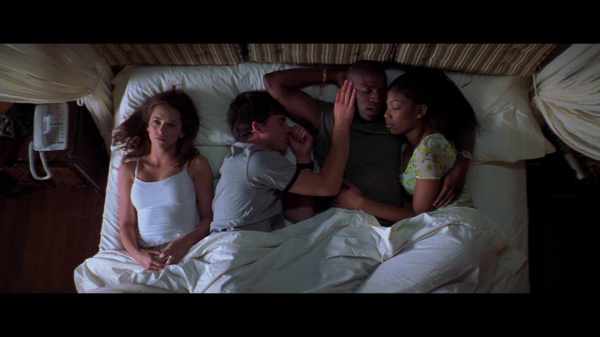 That statement there sums the movie perfectly, I think. It’s basically the first movie but with worse actors, worse characters & even dumber bad-guy motivations.

We know Ben Willis still wants his revenge so he waits another whole year (just for the snappy title), plans this elaborate diversion, kills everyone else at the resort before turning his attention to his real target, Julie. It’s nonsense & as soon as he starts attacking Julie his deadliness drops to a zero as he fails to kill her on multiple occasions.

Everyone else is fodder & you won’t care one bit about who dies & how except for Jack Black’s character Titus Telesco, a pot-head who you’ll wish instant death on the very moment he speaks.

The film feels way too similar to the original & the big reveal is both unconvincing & far too convoluted.

Amazingly it also has a sequel bait ending that might mean nothing (if you remember the ending to the first meant nothing in this).

I Still Know What You Did Last Summer