Harvey, Nikki, Rob, Skip, Nan, Kit and Arch are all college friends of Muffy St. John (I know, best name ever) & have gathered to celebrate Spring Break on her island mansion. This meet-up is occurring the same weekend of April Fool’s Day & it is clear from the off that Muffy is planning a few pranks to scare her friends.

On the mainland & on the boat across to the island the group mess around but their fun is brought to a halt in an accident involving the deckhand, Buck. The group are dropped off & with Buck in tow, the boat races off back to the mainland.

On the island at the mansion Muffy greets her guests & as they try to enjoy themselves fall victim to some of her jokes. It’s all simple stuff like whoopee cushions & glasses with holes in them at first but it takes a more sinister turn in the bedrooms with clippings of accidents & a recording of a baby crying amongst other things.

That’s all you’re going to get…..this is a movie where the less said about the plot, the better. For a person who has seen so much horror & never expects to see any new ideas, April Fool’s Day got me several times throughout. 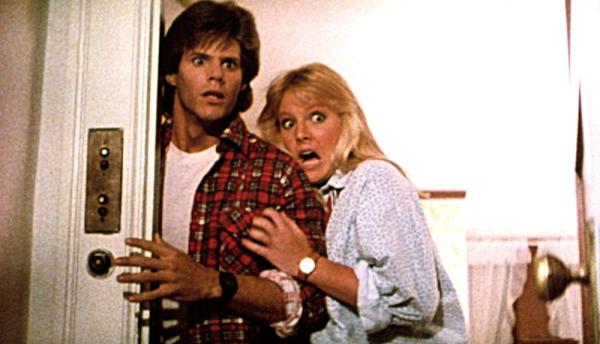 With such a large cast certain characters don’t exactly get much screen-time or development but in this movie it actually doesn’t matter. There is enough time to gauge the relationship between each guest & see exactly where the problems lie. Muffy is the main star of the movie though & she excels in her role…going from cheeky party-host to depressive loner.

The acting is quality throughout & while certain effects don’t quite work (severed heads looking particularly fake) it’s kept to a minimum so you won’t really notice.

Everything is set up to such a wondrous, almost unbelievable standard that you will overlook certain visual tricks/effects as the movie moves at a constant frantic pace.

For a whodunit you might think you have the answer almost instantly but this is a movie that swoops & changes as things progress & it will keep you guessing until the final scenes. For some reason the movie decides to throw in one final prank/twist that falls a little flat at the end, it’s an unnecessary fake out. 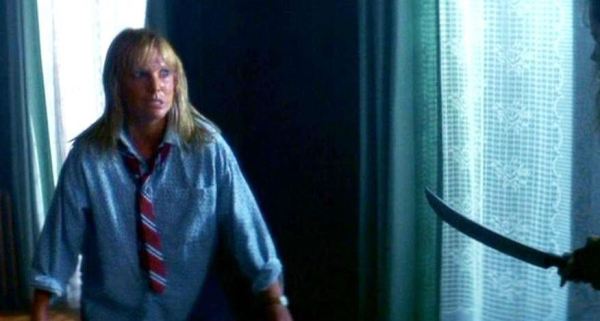 April Fool’s Day has since been remade (un-surprisingly) & is a disaster changing almost everything about the original movie.

A quality movie that stands out from other movies from the era & genre by being unique & exciting.