The Lost Boys is a cult classic 80s vampire movie about two brothers; Michael (Jason Patric) and his younger brother Sam (Corey Haim). The brothers move with their recently divorced mother, Lucy (Diane Wiest) to the beach community of Santa Carla, California which just so happens to be the largest murder capital in the world but that’s not the only thing they have to worry about…..

The family moves in with Lucy’s father, an eccentric old man who lives on the outskirts of town. Michael and Sam begin hanging out on the Boardwalk, which is plastered with flyers of missing people. While Lucy gets a job at a local video store run by a man named Max (Edward Herrmann), Michael becomes fascinated by Star, a beautiful young woman he spots at the Boardwalk one night. 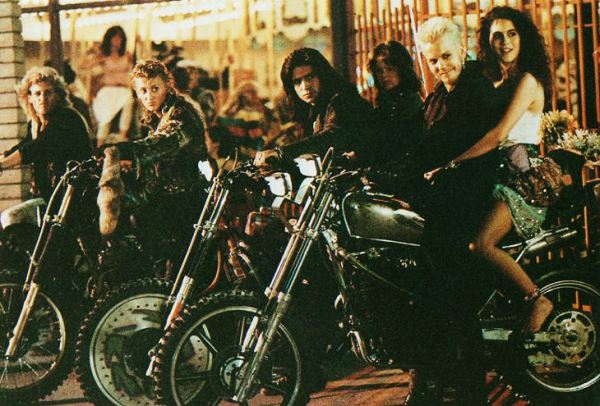 Star just so happens to be in a relationship with David (Kiefer Sutherland). David is the mysterious leader of a local gang biker gang who are usually unwelcome wherever they go. While this is taking place, there seems to be some kind of weird performance happening onstage….Never mind.

Meanwhile, in the local comic book store, Sam meets brothers Edgar and Alan Frog (Corey Feldman and Jamison Newlander), a pair of self-proclaimed vampire hunters, who warn him that Santa Carla is under attack from vampires and give him horror comics to teach him about the threat.

Michael inadvertently joins with David in an attempt to get closer to Star but doesn’t quite realise what he’s getting himself into. He begins to slowly transform into a vampire so it’s up to his brother Sam & the Frog brothers to slay the head vampire and put an end to the creatures of the night once and for all, saving Michael & Star in the process. 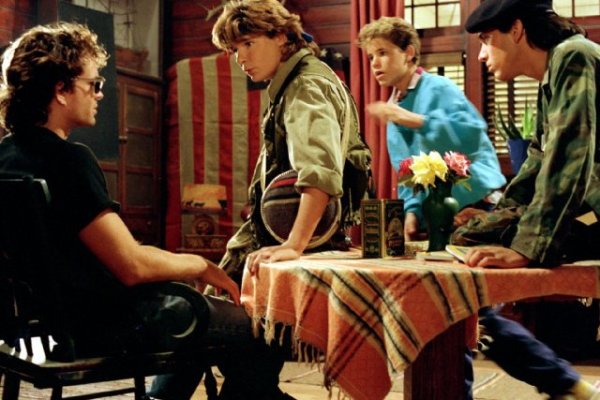 I’ve always been a huge fan of 80s movies, there is just something about films from that era that were completely unique; the style, music and the hair just cannot be replicated in the modern day, The Lost Boys is everything I love about 80s movies and more. It has mullets, style, 80s culture references, headbands and some oily half naked guy rocking out on a saxophone, that’s 80s right? I absolutely adore the soundtrack for this movie; its 80s synthesized music fits the tones and atmosphere perfectly and there are some really awesome rock montage tracks throughout. 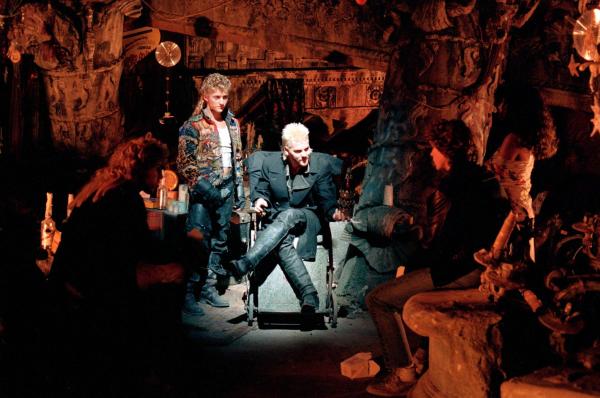 I love how exaggerated the characters are; the Frog brothers are hilarious as the comic book selling vampire hunters and David manages to be a badass vampire coupled with being highly charismatic as well as having an awesome blonde mullet to boot. The climax of this movie is all sorts of blood, gore and hilarity with a particular scene involving a bathtub full of holy water being a highlight as well as a very awesome final battle between David and Michael. 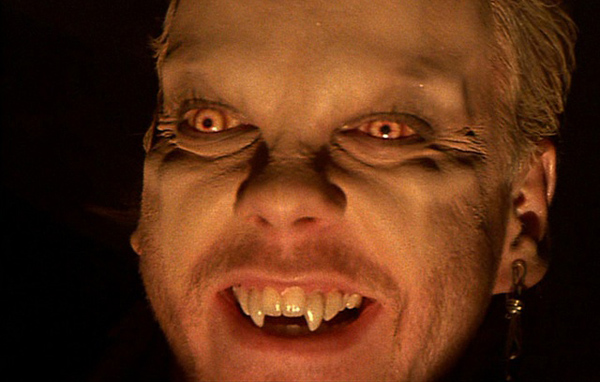 But who actually is the head vampire? 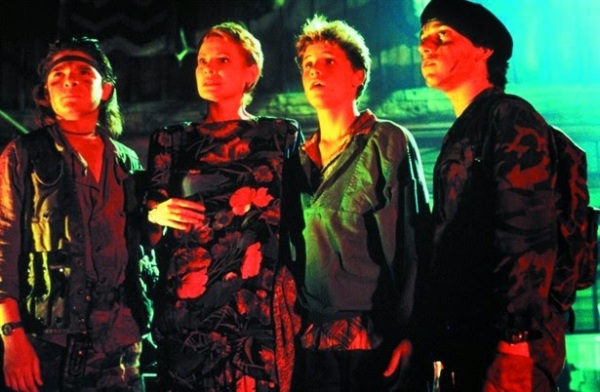 The Lost boys isn’t meant to be taken seriously but it’s just so damn entertaining. The characters are memorable, the music fits perfectly, it has an interesting plot and it’s very funny at times. It’s a timeless classic that holds up very well many years after its release with the effects still being very impressive. In my opinion its the sort of movie that would be impossible to remake because of how true it is to the era in which it is set. A remake set in modern day just wouldn’t work in context to how 80s-tastic everything about The Lost Boys is but you know, never say never….