Games, Brrraaains & A Head-Banging Life are very proud to being you an interview with Drew Stepek. The acclaimed author of Godless, Knuckle Supper & its upcoming sequel, Knuckle Balled. You can rad our review of the excellent Knuckle Supper here!

1. Tell us a bit about yourself.

Well, I moved around a lot as a kid and went to college in Florida. During my senior year in college, my parent moved to Orange County, CA and I came out here with them. I started writing for Film Threat Magazine as soon as I got here and I have been in the entertainment business since. I always wanted to be a horror writer but I never really connected with screenplay writing. It all seems to plug-and-play to me. I connect with the page writing stories. (note: there is a screenplay for Knuckle Supper and the rest of the books will be translated, as well, so yeah…)

My first book was called Godless and it’s more of a coming of age story about all kinds of abuse. My second book was Knuckle Supper (which I won the Independent Gold Medal for best horror novel of 2011). The third (coming out on Thanksgiving Day) is the sequel to Knuckle Supper, called Knuckle Balled. This will be followed by Knuckle Smasher and the final book called The Last Knuckle.

2. Where did the idea for Knuckle Supper come from?

Easy question. I was fucked up one night and I saw Garth Marenghi’s Darkplace for the first time when they were playing it on Adult Swim in 2008 (I believe). I saw this scene.

Immediately after I heard the phrase “Knuckle Supper” I picked up a notebook and started writing. Just one of the circumstances of hearing the right thing at the right time.

3. The story doesn’t just cover vampires. Religion, abortion, child prostitution…it’s quite a dark story. Stuff that the lead, RJ seems to take in his stride. Is he something of an anti-hero?

He is an anti-hero but I don’t think he would consider himself that. He’s kind of an asshole who thinks he’s gotten an unfair shake. Of course, the more you find out about him and his past, the more you would probably agree with him.

RJ is always in the wrong place at the wrong time and his world is so fucked up. There is a sense that he will never be able to escape from it. The thing is that he is just as much to blame for his situation.

That’s who he is, right? He hates people who are disingenuous, he hates posers and he hates people who put on shows. Unfortunately, the underworld he lives in is filled with all these types. Everything I write (whether it be a short story, a poem or a novel) all deal with the same themes of abuse and religion. Every writer has their thing…

4. Vampires have taken a bit of a beating in popular culture over the last decade & Knuckle Supper has been called the ‘anti-Twilight’. Was this your aim?

It was and it wasn’t. I did write the book during the Twilight/lame vamp-Renaissance but in my mind it was more thinking, “Eventually these dopey kids will become adults. And they will want to read about the shitty lives of vampires after the honeymoon is over.” Tastes change when people grow up and I think that’s why we don’t hear shit about Twilight anymore.

Twilight, its knockoffs and their genre are officially RIP. I couldn’t be happier. At the time of it’s popularity, though, that one sentence meant the WORLD to me. It’s like PG13 or commercial horror in general. It’s a fucking oxymoron and it shouldn’t exist. Horror has a VERY special place in my heart and I can’t stand what lengths people will go to package something as horror that just trash for little kids.

5. The descriptive drug use has been compared to Irvine Welsh’s Trainspotting. That’s quite an honour!

Yeah. It’s a big deal. I’m a huge fan of Welsh. The more intentionally inspirations were obviously The Warriors by Sol Yurick and A Clockwork Orange by Anthony Burgess. That said, I really wanted to take on creating an entire universe different from anything that anyone had read and make it relatable… as if it’s possible to be real. Stripped down, it’s about real people with REALLY fucked up lives and that’s why I think it resonates with people.

6. What can we expect from the sequel, Knuckle Balled?

Definitely not more of the same. Location has moved from LA to Austin. There are more gangs. The stakes are infinitely higher. This book is about RJ deciding what is more important to him. Is it getting high or is it doing the right thing? In my mind that’s what makes him such an interesting guy. Without any internal conflict, the character is nothing and since the story is written from his POV, readers really need to feel what he’s feeling and think what he’s thinking.

On that, it’s never as black and white as RJ needs to get high to stay alive. I think the gangs are more extraordinary than  the first. Also, some old friends return… including one character who had a very minor role in the first book who readers wanted to learn more about. If your readers want to read the first three chapters of the new book, here they are (Knuckle Balled Sample). That said, I don’t think it’s a good idea to start with the second book because the first establishes everything about these creatures and why they are the way they are.

7. Can you tell us a bit as to why you got involved with the charity, Children of the Night?

My screenwriting partner introduced me. I knew I wanted to give back and use the book as a way to do that. She introduced me and the child exploitation theme from the series lends itself to their cause. In the third book, I will dive deeper into it. Knuckle Smasher is about human trafficking. I don’t want to tell you where it takes place because it’s a HUGE spoiler for Knuckle Balled.

8. What kind of music do you enjoy?

As you can tell from the books, the different gangs listen to the different types of music that I love. The Knucklers are all about punk rock. The Denziens listen to emo. The Battlesnakes are into Reggae. Sangre are all about metal. Eldritch on the other hand, listens to a lot of dark wave and industrial. I create soundtracks and songs that represent each chapter and each gang.

9. Are you a horror movie fan?What are some of your favourite movies?

I definitely am. Horror movies drove me to horror. My favourite film of all time is Angel Heart (which isn’t really horror, but awesome).

Rounding out the top 5 of horror for me are: 1. Exorcist, 2. The Thing, 3. Halloween, 4. Hellraiser, 5. The Omen. I also LOVED It Follows. As long as it’s not PG13, I’m in. I have a gigantic boner for John Carpenter and Barker is my favourite horror author… The Great and Secret Show being my favourite horror novel.

10. Are you a gamer? If so what are some of your favourite games/moments?

I am. I’ve owned almost every console since Pong. I got ColecoVision, PS1 and DreamCast the day they came out & am a super fan of the Gears of War series (I even loved 4). I’m also a big fan of the Halo series, survival horror games (as well as on-rail shooters like House of the Dead) and platform games. That said, I have been SUPER pumped about Cuphead since I saw the first demo at E3 a few years ago. 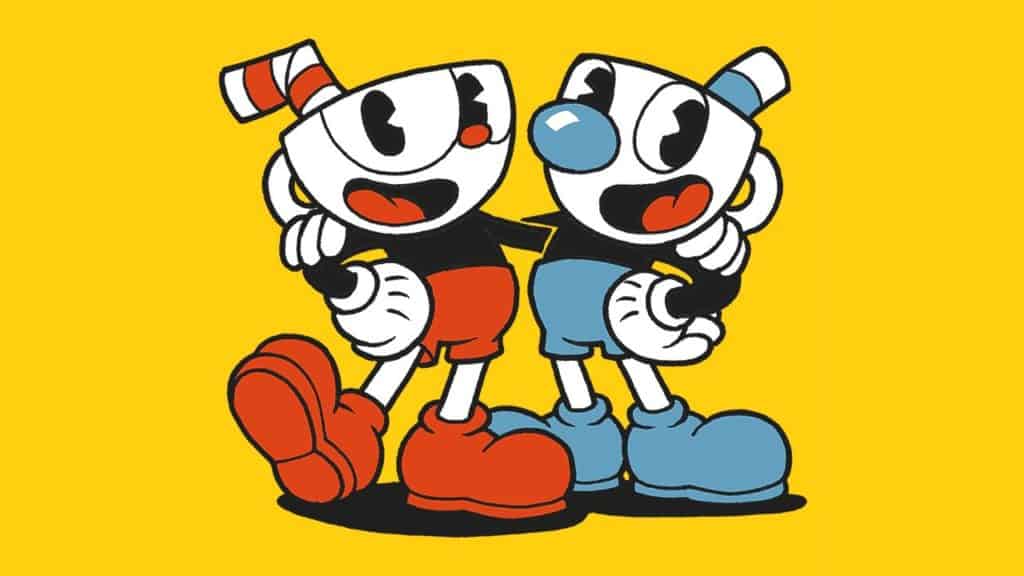 We’d like to thank Drew Stepek for taking the time to speak with us. You can pick up Knuckle Supper now over on Amazon! You can find out everything you need to know about the author & the books over on the Knuckle Supper website. Finally head over to the Children of the Night to find out more about the amazing work they do & make sure you donate.