Opening on a wandering shot of a seriously Christmas themed house interior, the wind up melody of a snow globe gets the attention of a young girl. It stops when she gets to it so she turns her attention to the presents under the trees…and a thin figure standing in the shadows.

Thinking it is Santa for some very odd reason, she approaches it and while it initially doesn’t react, when she goes to walk away it moves to a crouched position. Before moving a present towards her.

Intrigued again, the girl goes to the present and sees that the gift label says it is from Santa. The thing she thought was Santa is gone now though and she ponders the situation. The arrival of her mother asking what she is doing up breaks the tension but when the girl turns to talk to her mum she sees a horrific figure behind her.

The girl screams and the mother goes to comfort her, the short ending with the snow-globe melody starting up again. 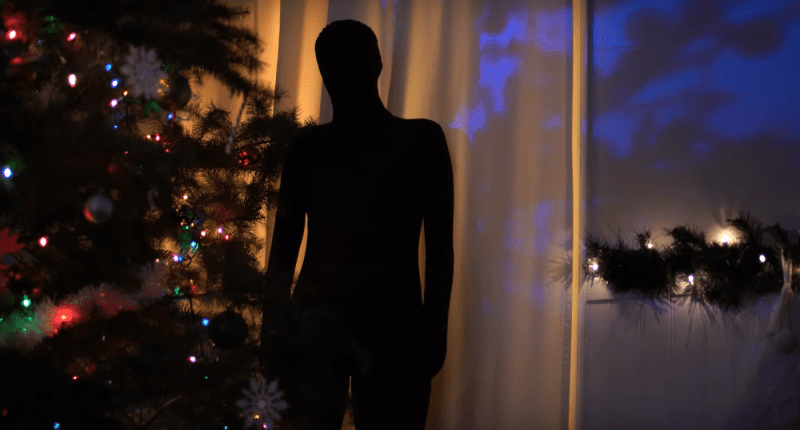 Somewhat of a disappointing ending as it amounted to nothing but a cheap jump scare and little else. That aside, it looks great and conveys a decent amount of information in less then 3 minutes. When you’re thinking about it afterwards, that is the sign of a short that has got the attention. Check it out yourself below.