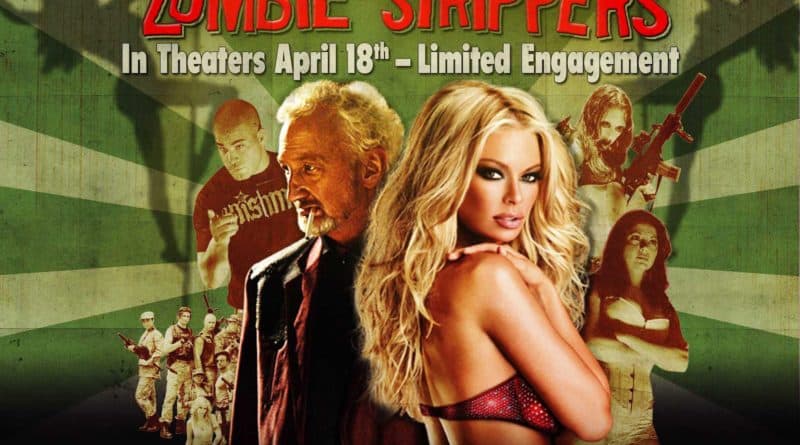 Starring the legendary Robert Englund, Jenna Jameson & directed/written by Jay Lee. There is no going into Zombie Strippers with a serious mind, it doesn’t take itself seriously so neither should you.

Set in the near future where George W. Bush Jr has been re-elected to a fourth term & everything has gone to hell. Congress is gone & America is involved in wars with just about everyone! If all of that wasn’t bad enough, public nudity has been banned!

Running out of troops to fight all these wars, scientists have come up with a virus that reanimates the dead. The plan being to use it on dead soldiers & send them back out into battle. Unsurprisingly it goes wrong & the unit sent in to clear out the dead ends up with an infected member.

He escapes & ends up at the Rhino strip club run by Ian Essko (Robert Englund). Since the outlawing of public nudity strip clubs have become hugely popular places & Rhino is constantly filled with patrons. The women are all super competitive something that the new girl, Jessy (Jennifer Holland) can’t quite get used too.

It’s during star dancer, Kat’s (Jenna Jameson) dance that the infected soldier reanimates & attacks her. Unlike most conventional zombie horrors though, Kat reanimates but keeps enough brain function to be able to talk & dance. Something that owner Ian is happy to let happen. 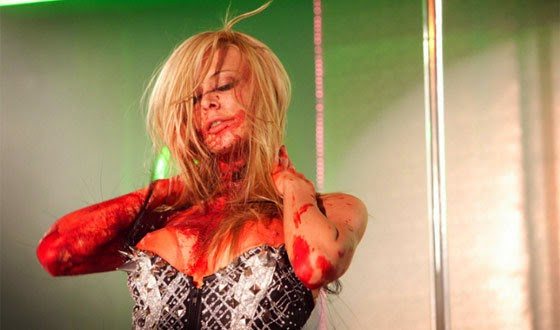 She dances & the crowd absolutely love it. She’s more popular than ever before driving many of the other strippers mad with jealousy. So jealous in fact that some intentionally get themselves infected so they can compete on the stage.

They dance like nothing that’s ever been seen before but they are still zombies. Sp when taking punters for private dances their bloodlust takes over resulting in some very gory & fun deaths. With the money rolling in, owner Ian decides to try & contain the victims of the strippers in the basement. Unsurprisingly when the numbers get to much the horde gets out & all hell breaks loose. 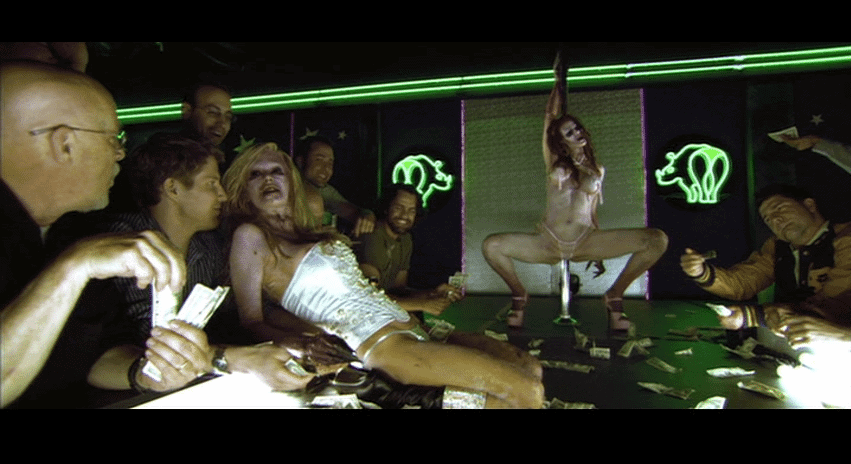 The strip club becomes a bloodbath filled with not just the walking dead, but strippers looking to outdo each other in the most horrific & silly ways.

Zombie Strippers is a lot of fun, it’s silly, over the top & for the most part entertaining. It doesn’t take itself seriously in the slightest with cheesy acting, cheesy dialogue & cheesy visuals. The acting is pretty awful expect for the always excellent, Robert Englund who lights up the screen with his sleazy & cowardly portrayal. 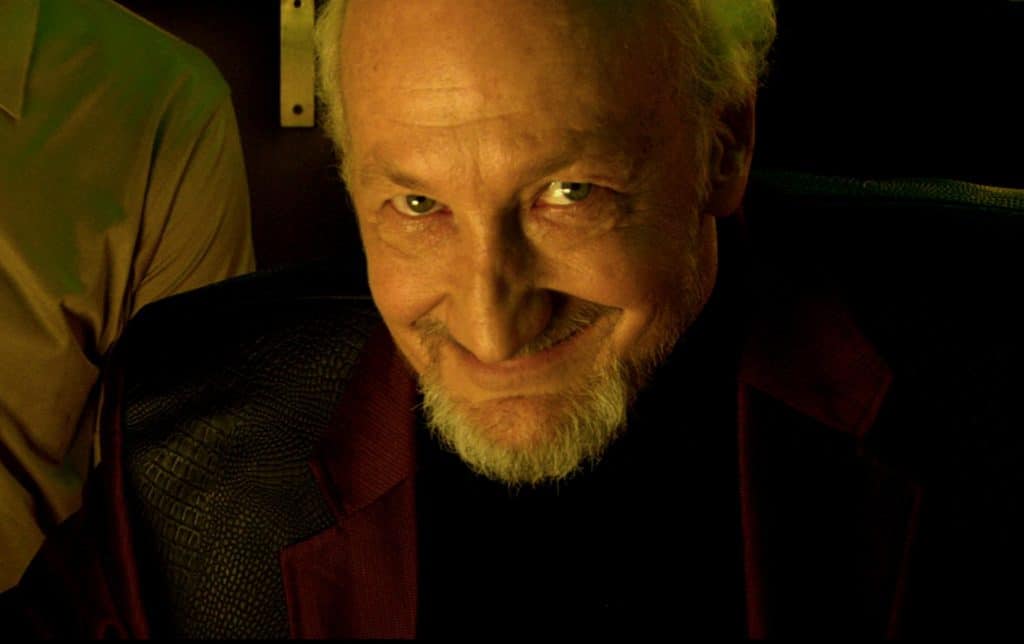 The humour, while plentiful is pretty low-brow stuff & during a final zombie stripper ‘dance-off’ things over-step into stupidity. This is also where the effects really take a hit, going from decent to just awful. 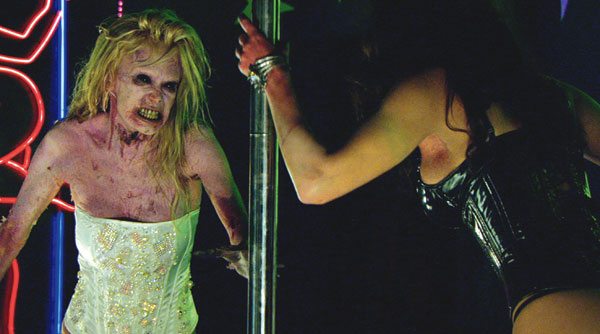 Thankfully it’s the only real blemish on a silly & gory flick. The blood pours & flies in glorious fashion throughout resulting in some great looking zombies. It’s not going to win any awards but it at least knows how to be entertaining!