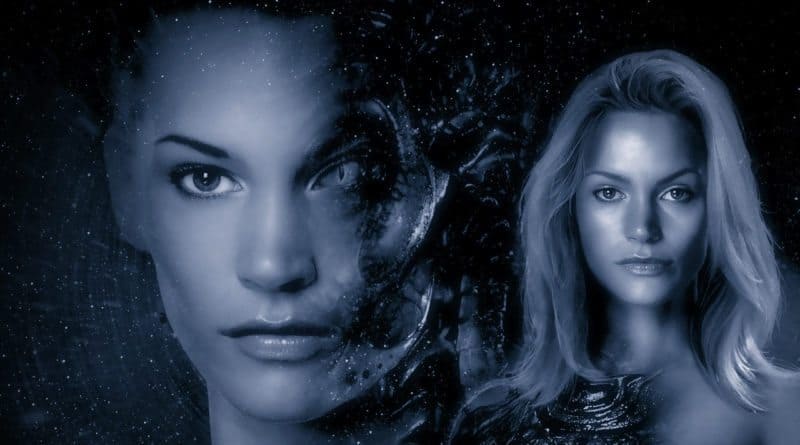 Released in 1995 (with a real 90’s gloss to it), Species was expected to be a real contender with the science fiction horror genre. Some great practical effects designed by HR Giger, an interesting story & an all-star cast, Species could have been huge. Unfortunately it’s nothing special.

Starring Natasha Henstridge (in her debut film role), Ben Kingsley, Michael Madsen, Alfred Molina, Forest Whitaker and Marg Helgenberger. Species opens with a young girl (Sil) in a lab being watched by a number of scientists. While they watch gas fills her chamber. She panics & manages to break out causing chaos amongst those watching.

Sil escapes the building during the chaos & makes her way towards LA via a train. It’s on this train that Sil enters a cocoon state where she transforms into a grown adult woman (Natasha Henstridge).

Xavier Fitch (Ben Kingsley) assembles a team composed of Dr. Stephen Arden (Alfred Molina), Dr. Laura Baker (Marg Helgenberger), Dan Smithson (Forest Whitaker) and Preston Lennox (Michael Madsen). Each has their own talent that Fitch wants to use to track Sil & destroy her. He reveals to the team that during the SETI (Search for Extra-terrestrial Intelligence) program scientists got an answer. 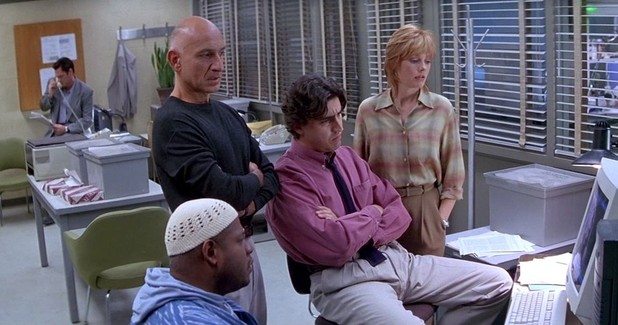 After being told how to create clean endless fuel, the government presumed the aliens contacting Earth were friendly so when a second transmission gave info on how to splice alien DNA with human, scientist decided to give it a go. That’s how Sil was created, going from birth to 12 years old in just 3 months. They decided to terminate her after noticing she had violent tendencies during her sleep.

Free on the streets of LA now, Sil has one goal. Mate with a healthy male creating more alien/human hybrids that can then continue to mate & spread across the entire world. It’s up to Fitch & his team to stop her.

Species was hugely successful on release but it has not aged well. Filled with cheap thrills, frustrating jump scares & a plot that is dragged out, the best way to enjoy it is to just sit back & detach your brain.

It’s got enough violent & gory moments to put a smile on the most cynical of horror fans & the practical creature design looks great. That’s no surprise considering it came from the mind of HR Giger (Alien) but the switch to CGI in the final sequence is laughably bad. 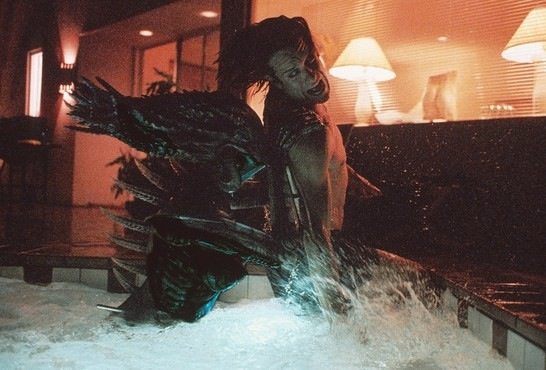 What helps Species stand out is the quality of the acting. It’s a star cast & it shows. While character-wise, they’re nothing special each actor does a good job & they’re all pretty likable (Forest Whitaker in particular).

Where the film loses it is with the acting of Natasha Henstridge who struggles in her first role. She doesn’t have to do much, expression-wise, but her dialogue feels stilted & awkward. Sure, you could put that down to her alien DNA but it doesn’t come across that way. Ultimately, her star-power comes from her willingness to get her boobs out, which happens a lot here!

A disappointing & Alien-lite ending ends things on a low. Not enough death & turning into a silly action movie. It also sequel baits in its final scene (there are another 3 movies) capping off a science fiction horror that was better then expected but is really showing it’s age now (the CGI at the end is terrible).