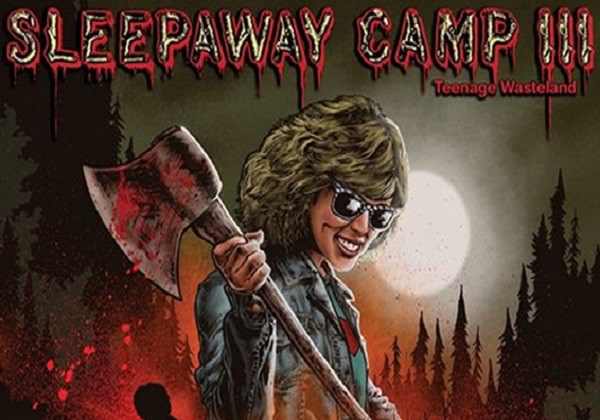 Coming only a year after the release of Sleepaway Camp II: Unhappy Campers, the third part in the series continues the ‘black comedy’ style of the second. Choosing to ignore any semblance of competent story telling in favour of cheap laughs that barely register. 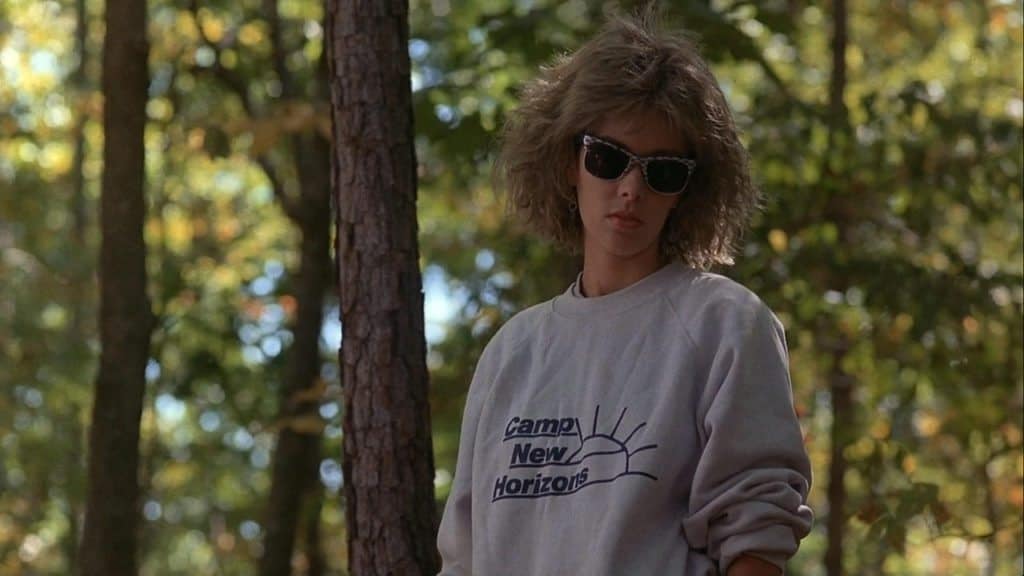 Set one year after the events of the second movie, we meet Maria (Kashina Kessler) who is on her way to camp. That is until she is chased down & run over by a truck driven by Angela (Pamela Springsteen). Angela disposes of the body & assumes her identity so she can attend Camp New Horizons.

The opening few minutes instantly highlight the biggest issue with Sleepaway Camp III: Teenage Wasteland & that is the absurdity of the plot. Angela chases down a girl, & runs her over in a truck in broad daylight down a street. No-one sees it, no-one reports it. So stupid.

Camp New Horizons is a bit of a different camp to the previous two. It’s a study putting two different social classes together in an experiment on sharing. It should be no surprise that these two opposing groups are embarrassing stereotypes.

The campers are split into three different groups. People who they will be staying with in the woods over the next few days. It’s not long before Angela starts to get frustrated with the behaviour of her camp-mates so she starts killing them before moving on to the next lot. It’s is all seemingly too easy for her until she realises one of the camp-leaders is the father of one of her previous victims.

Will he finally put a stop to Angela’s rampage? 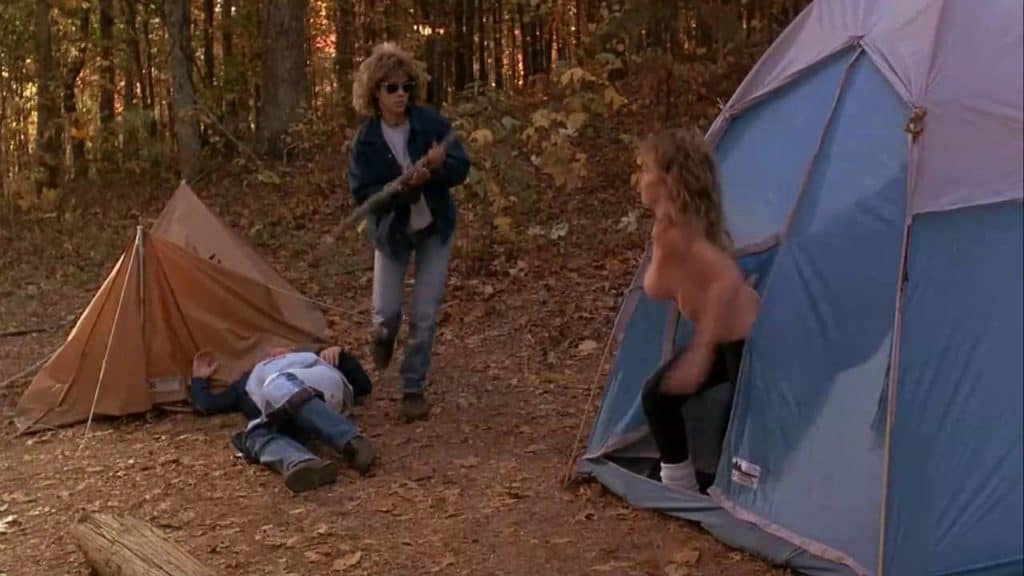 No. The answer is no. Sleepaway Camp III: Teenage Wasteland is an insult to fans of the original lacking few redeeming elements. The black comedy of the second wasn’t great but here it’s cringe-worthy stuff based more around stereotypes then actual decent comedy. The violence & gore is very unoriginal & reaching slapstick levels. The acting is some of the worst of the series so far with even Pamela Springsteen becoming more cartoony & less villain-ish.

The movie has far too many dumb moments & asks that you suspend your disbelief to unhealthy levels. It’s just not believable that Angela could get away with what she does in this film let down the previous two. There is no imagination involved with everything feeling toned down & cheaper.