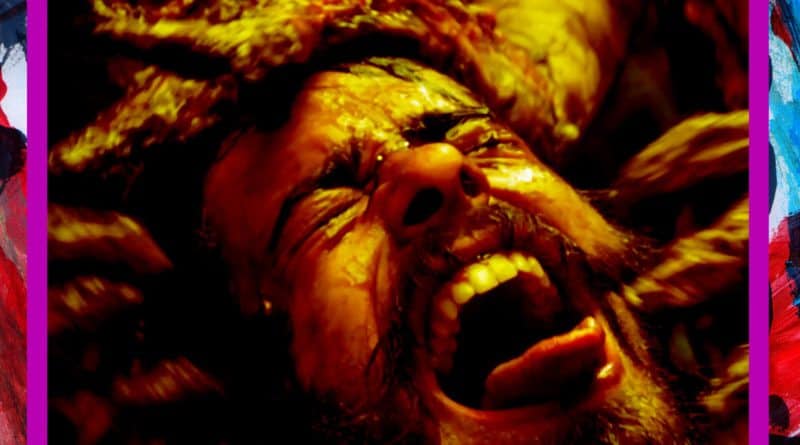 Pazucus: A Ilha do Desarrego/Island of Vomit and Despair is one of the most unusual & surprising horror adventures you’re likely to see this year (maybe even the last decade). Wickedly entertaining with a nice touch of grossness & comedy added in.

Before watching Island of Vomit & Despair it’s best you first watch Gurcius Gewdner’s short movie, Bom Dia Carlos (Good Morning Carlos). It tells the story of Carlos who really needs to take a shit. Unfortunately, the voices in his body have him gripped with fear of taking said shit. So he calls his therapist who happens to absolutely hate Carlos & wants him dead. The end result is a wondrous explosion of faeces & vomit.

Utterly absurd but so compelling thanks to great acting, wonderful visuals (the use of colour is tremendous) & a tongue in cheek approach to the disgust you’re seeing. 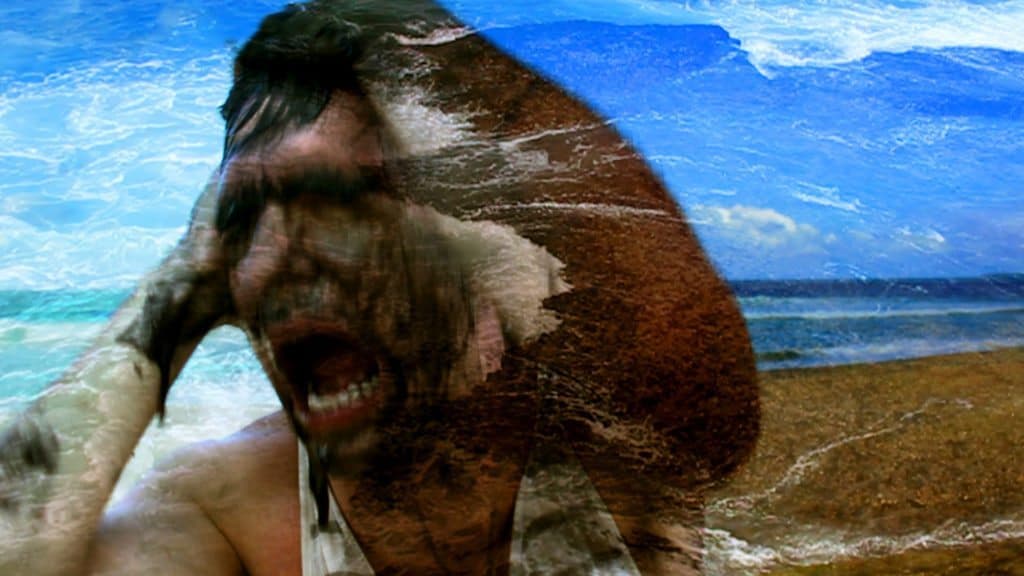 Pazucus: A Ilha do Desarrego/Island of Vomit and Despair continues this wacky adventure. By delving deeper into Carlos’ need to crap & just who the voices in his body are! Influenced by such masters of film-surrealism as Lucio Fulci & Roger Corman. Gurcius Gewdner has made a movie that sticks with you long afterwards. Even if most of the questions you have relate to just what the hell was going on!

The plot is all over the place & it’s not clear just what is happening a lot of the time. Characters jump in & out seemingly at random & there are lengthy sequences that don’t go anywhere. One such scene sees the constantly grimacing therapist shopping. All while his internal dialogue talks about how important breakfast is! Out of context, it sounds pointless. However, as part of the overall package that is Island of Vomit & Despair it just adds even more layers to a seriously satisfying watch. 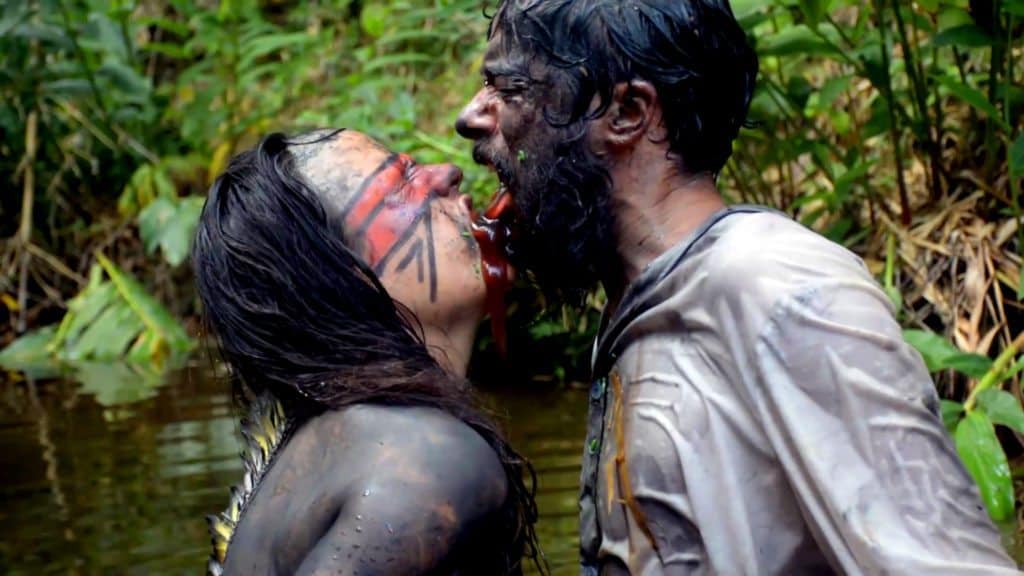 Beautiful locations & wildlife enhance the experience making it feel so much more grounded in reality. No easy task considering the plot & wackier moments of screaming at trees.

Chaos reigns throughout the movie,. Characters spend huge amounts of time just screaming & shouting nonsense but it’s a mess that you just can’t tear yourself away from. You want to see just what will happen next. You want to see Carlos escape the voices in his body & just what it means should they be released. 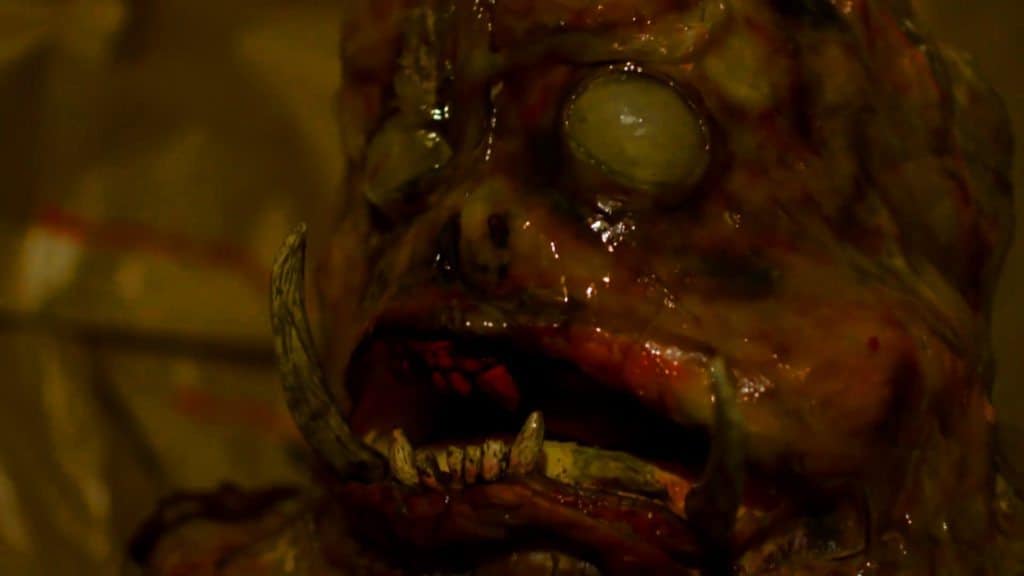 Marcel Mars, as Carlos is the standout actor of the movie. He is brilliant as he staggers in pain, face & body contorted until eventually he can take no more. It results in a finale that is visually striking thanks to the use of colour & utterly disgusting at the same time.

This is a movie that you’ll either love or hate. It’s so unique & clever in its delivery but it can be a confusing watch especially if you’ve not seen Bom Dia Carlos. Well worth watching both the short & this movie though. Especially in a genre that is lacking originality & risk-taking. 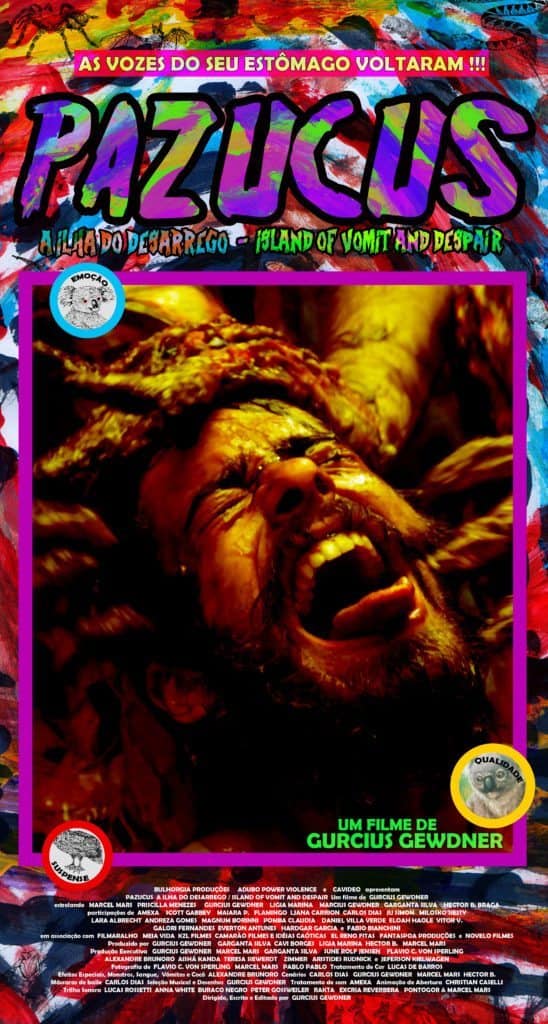