The first Maniac Cop was a late 80s, tongue in cheek horror with a stellar cast that included Bruce Campbell, Tom Atkins & Laurene Landon. It was a lot of fun & well deserving of its cult classic reputation. You can read our review of it right here.

Two years later the sequel was released following on shortly after the events of the first movie. The higher ups in the police force have managed to suppress any public knowledge that the killer cop was the undead Matthew Cordell (played again by Robert Z’Dar).

Police officers Jack (Campbell) & Theresa (Landon) have both been put through psychiatric evaluation at the hands of Officer Susan Riley (Claudia Christian). Jack just wants to move on with his life but Theresa refuses to believe that Cordell is dead.

She’s not wrong as Cordell did survive (being undead and all) & is back on the streets continuing his killing spree. The undead maniac cop has one thing on his mind…revenge. He kills Jack which prompts Theresa to go on TV & reveal the truth about Cordell. Her superior, Commissioner Doyle is naturally furious. Mainly because he is the one responsible for sending Cordell to prison where he was murdered.

Susan, now beginning to believe what Theresa says, teams up with her. However while travelling in a cab, the pair come under attack from Cordell. He manages to kill Theresa (eliminating the major players from the first movie) but Susan escapes.

Cordell helps out a serial killer (Turkell) who murders exotic dancers & the pair become partners for a period. Turkell sees a kindred spirit in Cordell thinking he wants all the criminals to rise up & take over the city but the maniac cop has other ideas. It’s up to Susan & disbelieving detective McKinney (Robert Davi) to stop him once & for all.

Maniac Cop 2 is as entertaining as the first in many departments but lacks the impact & shock value. Visually the movies look pretty much the same (except for Cordell’s makeup) but improves things in other departments.

It’s interesting to see Cordell need the aid of someone else & to see him manipulate without really speaking a word. The movie does try to paint him as a somewhat sympathetic character by flashing back to the events in prison several times. However, considering the amount of people he murders in this movie, it doesn’t really work. 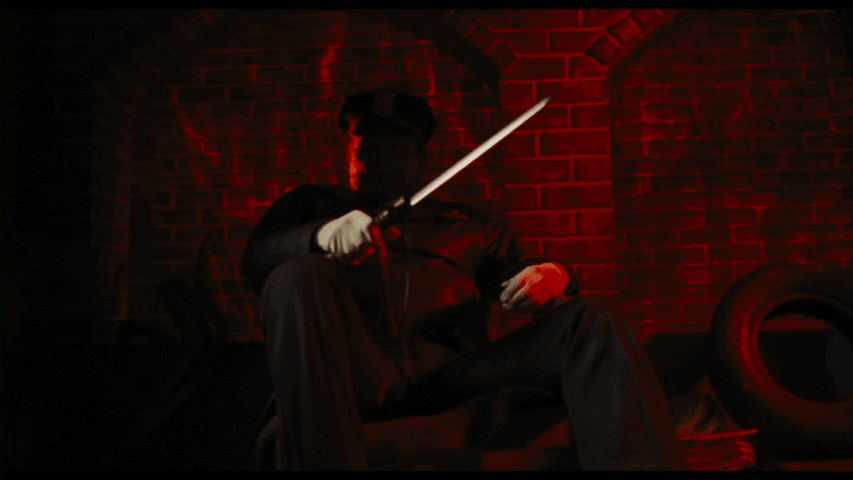 The revenge plot takes a little while to get going but does result in two explosive & exciting sequences. One inside a police station & the finale in the prison. Both scenes are memorable & look spectacular.

A lot of what makes Maniac Cop 2 enjoyable is the acting. While the characters aren’t as memorable this time around & their investment doesn’t quite work as well, they still do commendable jobs. Robert Z’Dar embraces the role as the walking zombie cop but this time round he has an excessive amount of screen time. With no mystery surrounding him anymore it’s just not the same.

The movie ends in a way that feels very final but still manages to sequel bait (there is a Maniac Cop 3).

If you enjoyed Maniac Cop you’ll enjoy this, it’s not particularly different but it has enough to make it enjoyable. It’s not as exciting or fun but it’s best moments stand out for all the right reasons.