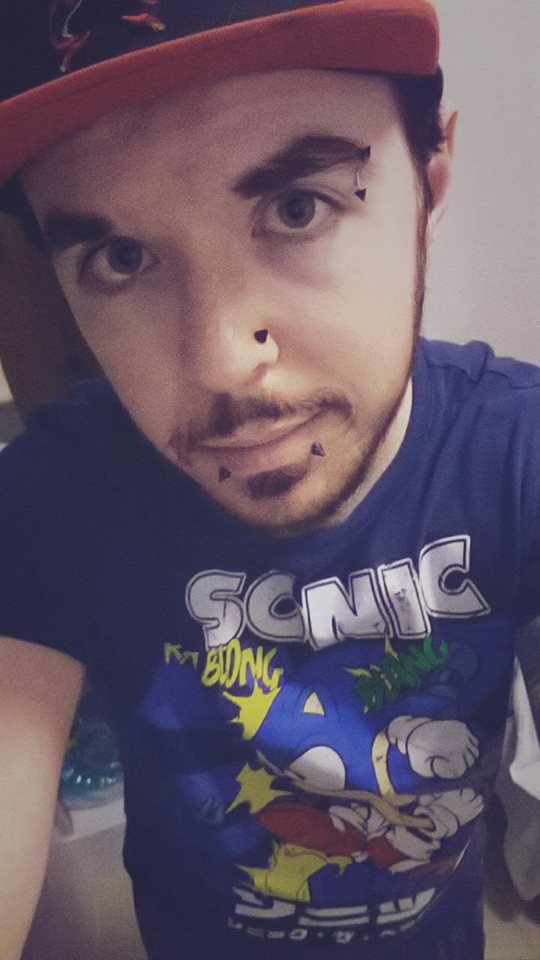 1. Where did your GBHBL moniker come from?

It just so happens to be my Xbox Live gamer tag as well as being the name I go by on the site. The word Raptures is meant to represent my love for one of my all-time favourite video game franchises, Bioshock. The word Lost represents another of my loves, one of my all-time favourite TV shows (Lost). Both of those things crammed together has a decent ring to it, or at least I think so anyway.

2. What made you want to write?

I’ve always enjoyed writing but never really had an outlet to express myself. The site gives me an opportunity to be creative; it’s a place where I can put my opinions into writing and have it seen and appreciated by others which is awesome.

3. What area of GBHBL would you say is your strongest?

Horror movie & game reviews, there is so much quality content there from all our writers. The amount that has been written for those areas of the site is pretty insane.

The site continues to grow every year and it’s really wonderful to see. Obviously, I want more people to find the site and hopefully find something that peaks their interest. As long as quality content continues to be posted then who knows where it could go.

5. If you could add one new category to the site, what would it be?

That’s a really tough one; we’ve covered so many bases already. If I’m honest, I’m pretty satisfied with the current categories. I’d like to see more content added to some of the existing categories that are slightly lacking before adding many more.

6. What is your favourite memory in gaming? That moment that just made you go, wow?

That’s such a broad question, I think it’s fairly impossible for me to name a single moment that I would consider to be my favourite above everything as there are just so many. The Bioshock franchise is one of my favourites because it has wowed me quite possibly more than any other franchise has as a whole. I was playing the opening to Bioshock Infinite again the other day and even though I was shocked at how dated it looks compared to current generation games, it’s still stunning and can draw emotion from me with the soundtrack alone. Recent games that have had the same effect on me would be The Witcher 3 & MGS V.

7. What does the achievement system mean to you?

I may not have the desire for Gamerscore that I once did but I still get a huge sense of satisfaction when I 100% complete a game, especially if it was a challenge. I’ve always said that I will always attempt to fully complete a game as long as the achievements don’t require me to complete some kind of unreasonable task that would take a stupid amount of time. Achievements make me strive to see and do things in games that I otherwise would have missed, I love it for that. I played MGS V for nearly 150 hours but would I have if it had not been for achievements? I highly doubt it.

8. Where do you see the future of gaming?

Virtual reality & 4K visuals, the capabilities of both are mind-blowing.

9. Single player or multi-player? Why?

It depends on the game but the single player experience is always the first thing I look at in a video game experience. Multi-player can be a fun addition but it usually only holds my attention for a short while. I want single player, story driven experiences with memorable characters that I care about and a great soundtrack; that’s not too much to ask for is it?

10. What has been the biggest step-back in gaming for you?

Unfortunately, I’d have to say the Kinect. While the technology seemed to have potential it never reached it due to the hardware never delivering on promises. Microsoft wasted so much time and effort promoting the thing even with practically everyone denouncing the thing. After everything, Microsoft has seemingly abandoned the device which is a shame.

11. Your favourite horror movie, what is it and why?

Another impossible question, I’m a huge fan of horror comedies or horror movies that have had the ability to genuinely scare me. Evil Dead II, Braindead, House (1986), The Lost Boys, Fright Night & Hellraiser are a few that I consider the gold standard.

12. What are your earliest memories regarding horror?

I have quite a few involving movies that I probably shouldn’t have been watching at the age that I was but there you go. Pet Semetary and the scenes involving Zelda (shudder), Hellraiser & Hellbound: Hellraiser II are some that I remember seeing way back then.

13. What frustrates you the most about the genre?

One of the main things that I look for in a horror movie is its ability to scare me. Recently, I’ve watched quite a large number of horror movies and none have really stuck with me or scared me in the ways that I’d like. I feel I may have a slight intolerance or immunity to be shocked or scared by a horror movie after watching so many. Also, I think the genre is suffering from serious over-saturation which is the same for any genre really. There are no new fresh ideas anymore, it’s no one’s fault as everything has been done but it’s still annoying.

14. What excites you the most about the genre?

James Wan, I’m a huge fan of him as a director and many of his movies. I feel he is quite possibly the only truly creative director currently working in horror movies.

15. Where do you see the genre going in the next couple of years?

The genre goes through phases so it’s hard to call, with a new Saw coming out maybe we’ll see the return of torture-porn horror to the mainstream.

Growing up in a household amongst others who played that genre predominantly probably helped. I listened to other genres when I was much younger but metal/rock/ pop-punk always seemed to resonate with me the most. A lot of the bands that I listened to in my teens released music that I found extremely relatable during those anxiety filled years.

17. How much has your taste changed over the years? Is that a good thing or bad thing?

It’s changed quite a bit that’s for sure. I still listen to some of the same bands that I listened to 10 years ago but even their sounds have changed if you look at bands such as Linkin Park. I think the biggest change has been my ever growing love for the electronicore & post-hardcore genre. I think the band Enter Shikari had a huge influence on taste in music, I pretty much only listened to them for a whole summer one time. If it wasn’t for them then I wouldn’t have discovered another of my favourite bands, The Devil Wears Prada.

18. The music industry is in trouble; it has been for a while. Why do you think that is? What would you do to change that?

Music and the ability to pay for it is a luxury that some simply cannot afford. I think the best way to support a band is to go and see them play live and obviously buy the album if you can.

19. What 3 bands (living only) are still at the top of your bucket list?

Blink 182 is definitely one of them but that’s a tough one due to Tom no longer being a member, he is Blink 182 in my opinion. I’ve always wanted to see Avenged Sevenfold and Green Day but have always been put off by how much they charge for tickets.

20. What is your favourite live music memory?

I have so very many, that’s a very tough question. Instead of something obvious I’ll go with Fozzy at Sonisphere a couple of years back. It was pouring with rain and most people had gone to watch Bill Bailey on the main stage. I’m a huge wrestling fan so I just couldn’t pass up the opportunity to see and support Y2J in real life. They played on a really tiny stage with probably less than a hundred people watching and I was practically front and centre. I remember Chris Jericho giving it his all; he did a great job of getting people moving in a really tough spot. I recall clapping along to one of their songs and seeing the appreciation for the passion in his face, great moment.