The year is 2186 & humanity now lives in protective city domes safe from the deadly environment. However a new threat has arisen, the robots are rebelling.

That’s as much story as you’re gonna get, this top down, twin-stick shooter is light on plot but heavy on the action. Destroy every human in your path as you make your way through procdureally generated infinite cities. 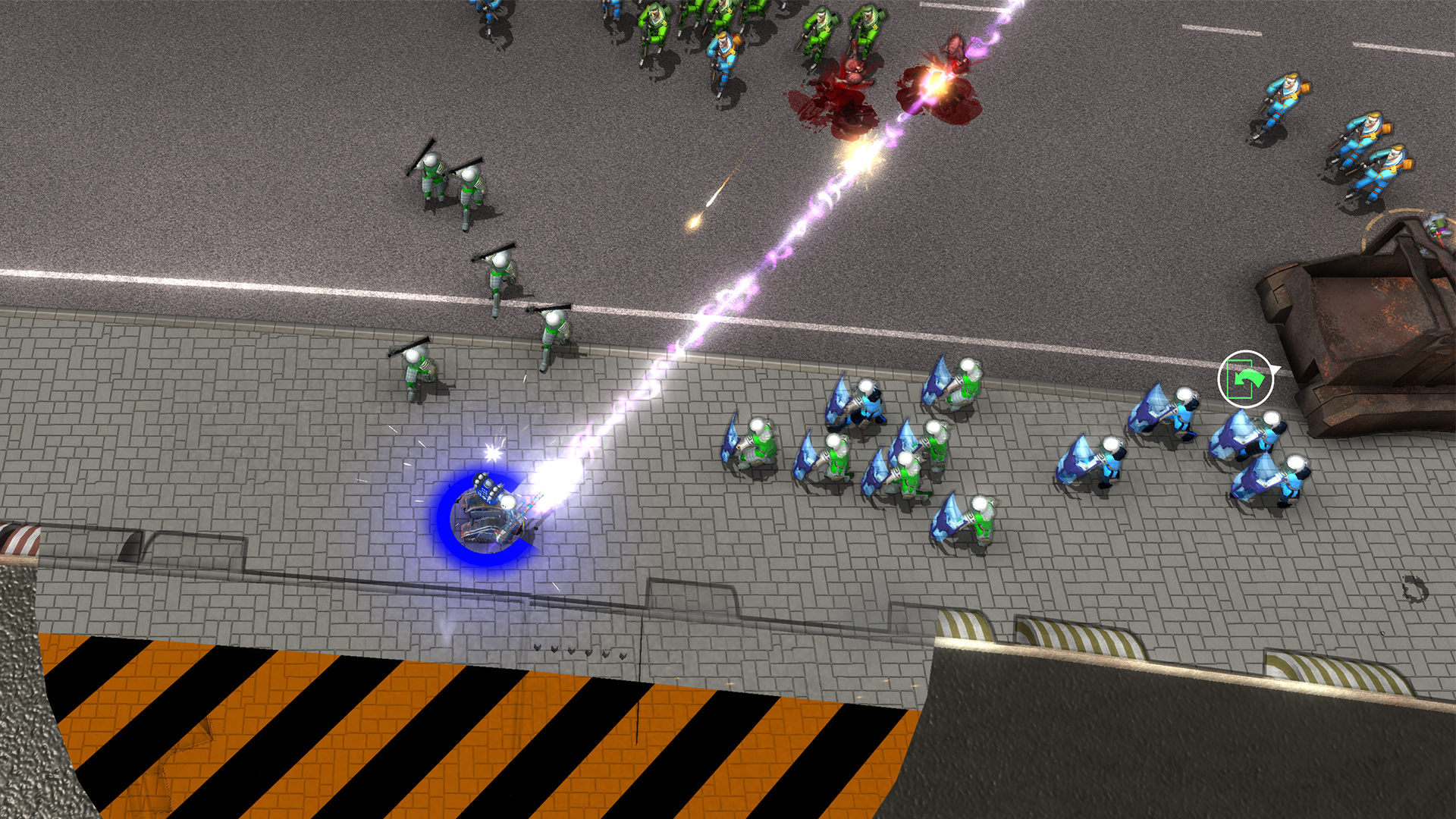 Your robot is built from scratch with a number of options available offering different play styles. It’s split into 5 categories: head, left arm, right arm, torso & feet. New weapons & body parts can be unlocked offering a range of customisation but it’s not as extensive as it first seems.

Taking damage from enemies will see your parts destroyed bit by bit starting with your head. It is possible to finish a level as just a pair of legs!

You’ll need a few to fight against the onslaught of enemies that come at you. Levels have simple objectives…collect an item, destroy shield generators or just fight your way to the exit. The aim of the game is to reach the core in the middle but to do this you’ll need to collect cells. 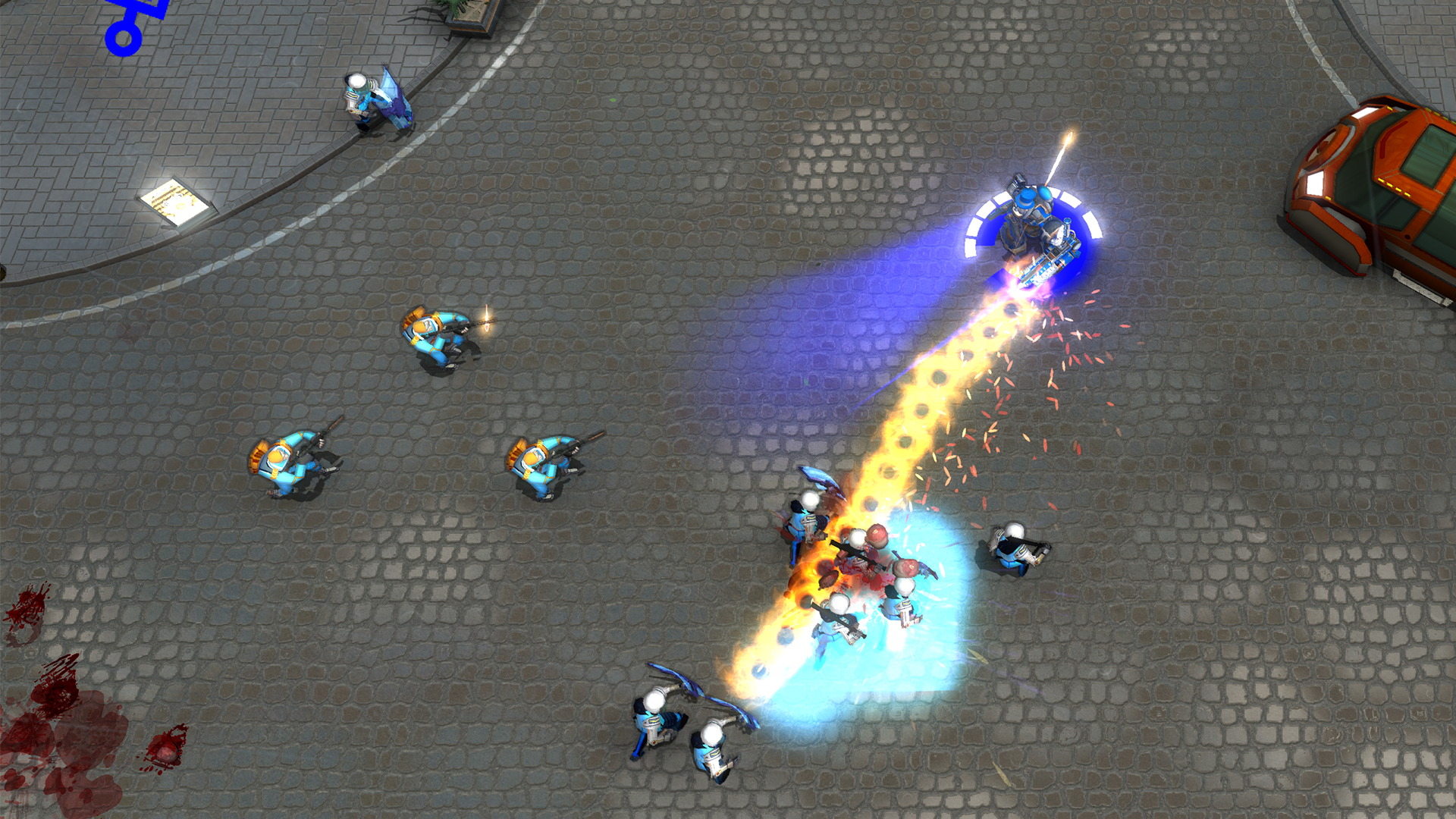 Cells are the currency needed to equip better parts with the best stuff costing the most. You need to balance your deployment cost effectively so you don’t run out of cells. They can be picked up in levels as you go along so it’s just a matter of being aware of the cost of your equipment & not over-spending.

There isn’t much variety even if levels are uniquely generated. The problem lies in just how uninspired the locations are. Other then the onslaught of enemies, occasional laser shield to destroy & cars that you can blow up there is little to excite. Putting it simply after a while you’ll be bored & often find yourself rushing to the exit rather than slog through another endless pile of enemies. 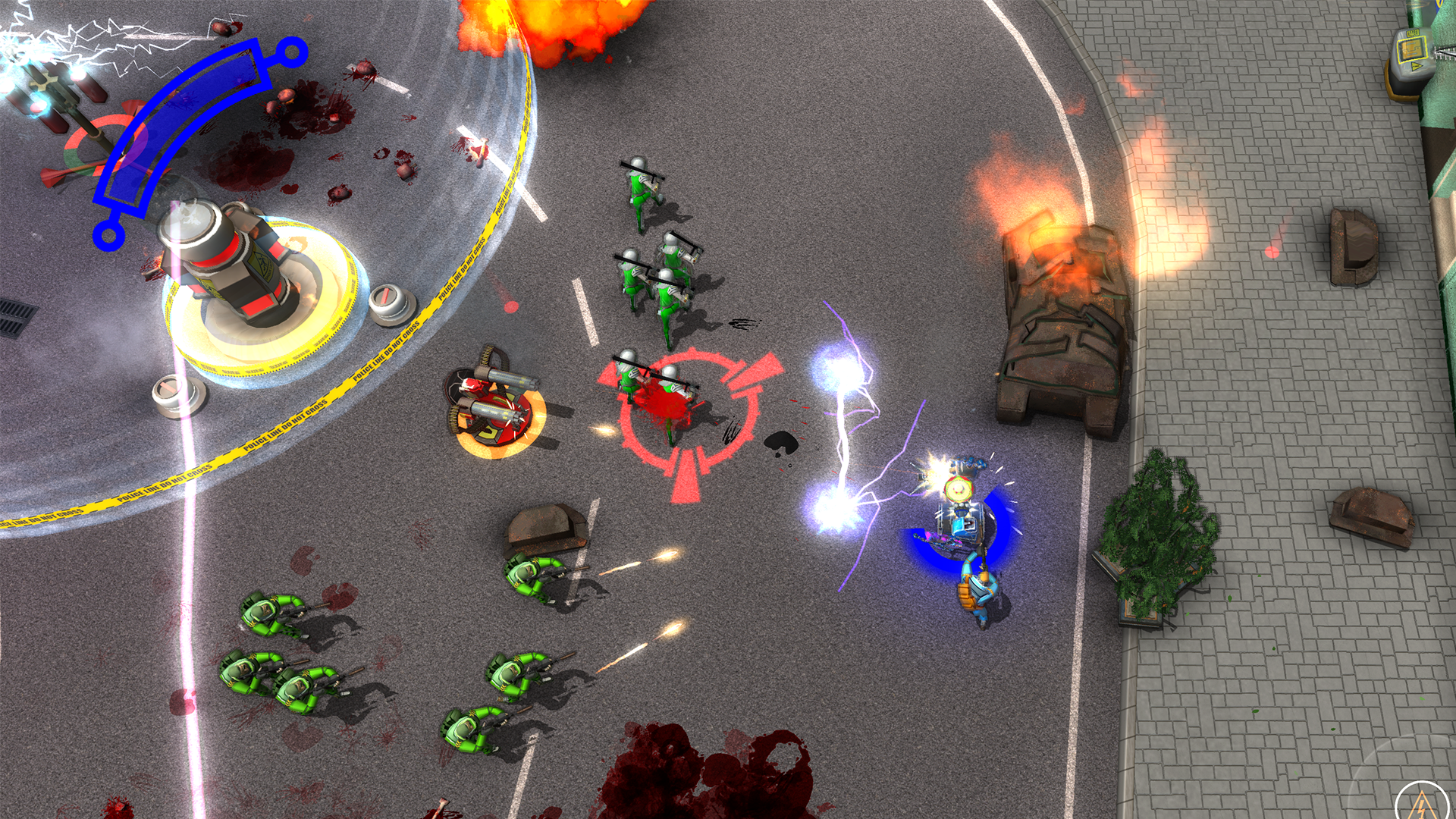 Even the levels that offer a different objective repeat too often to be interesting for long. However, in 4-player co-op the game comes to life offering hilarity & a much needed challenge.

Many will find the ‘always on’ friendly fire option a frustration but in my co-op experience it just made the game-play more fun. Not only are you dodging enemy attacks but you have to mindful of where you shoot.

Even playing with just an additional player can make the game much more fun & is definitely the best way to play. 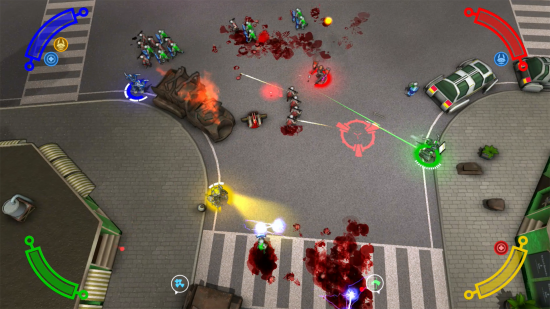 Even though it doesn’t have as much depth as it promises Spareware is a fun & addictive game. For the price, you can get hours of fun & even more if you’re playing in co-op.