Initially released on Nintendo consoles, Shantae & the Pirate’s Curse is the third in the series so far. Having not played the other two there are elements of the story that passed me by (connections to characters etc.) but it doesn’t make the game any less enjoyable.

You take the role of Shantae, a half genie who lost her powers in the last game. Waking to the sound of gunfire in Sequin Land, Shantae’s first task is to confront the Ammo Baron who is attempting to take over the town.

The Ammo Baron is the first boss you’ll face & once he’s defeated it is revealed he owns the town having bought it from the lazy mayor. Shantae is put under lockdown & while having a bath she is confronted by her old nemesis, Risky Boots.

A 2-D platformer in the style of old SNES games, it’s bright & colourful visuals are very pleasing to the eye. The game is divided into islands that each house an Evil Den, making your way through the dungeon & defeating the boss inside will gain you a map which unlocks the next island.

Shantae is very versatile attacking enemies with her hair. Upgrades bought with gems can improve her attacks as well as gift her new abilities. To progress through the game Shantae will need to find a number of pirate upgrades. Things like a pistol to shoot far away switches or a cannon that allows Shantae to do a triple jump. Each of these unlock new areas in previously explored maps so back-tracking is necessary.

Shantae receives quests from many of the games lively characters in a system that reminded me of an old Playstation classic called Tomba (or Tombi) but with less depth. Meet a character, they’ll drop hints & some time later you’ll find the item they need. Remembering who needed it & where they are is quite important which brings me to my major complaint…it can be difficult to know where to go next.

Several times I just didn’t know how to progress. There are no clear directions & the fast travel system can be a bit frustrating (if you’re in a dungeon you’ll have to leave first). Once you do work it out how to progress it is ever so satisfying.

There is a lot of variety in enemy types & the boss bottles can be a lot of fun. The final boss (Pirate Master) is disappointing though being quite uninspired & a bit too easy. Initially the ending might seem disappointing but if you collect all 20 bits of dark magic you’ll unlock the best ending.

The game can last anywhere between 5-8 hours depending on your skill level. Beating the game once unlocks a number of bonuses in particular Pirate Mode which sees Shantae starting with all the pirate upgrades from the start.

The game’s humour can be a bit hit & miss, it’s the sort of stuff that will either bring a wry smile to your face or groans as the not so subtle adult jokes are dropped. You’ll find yourself raising an eyebrow when conversations take place as some of the outfits for the female cast are quite…skimpy. 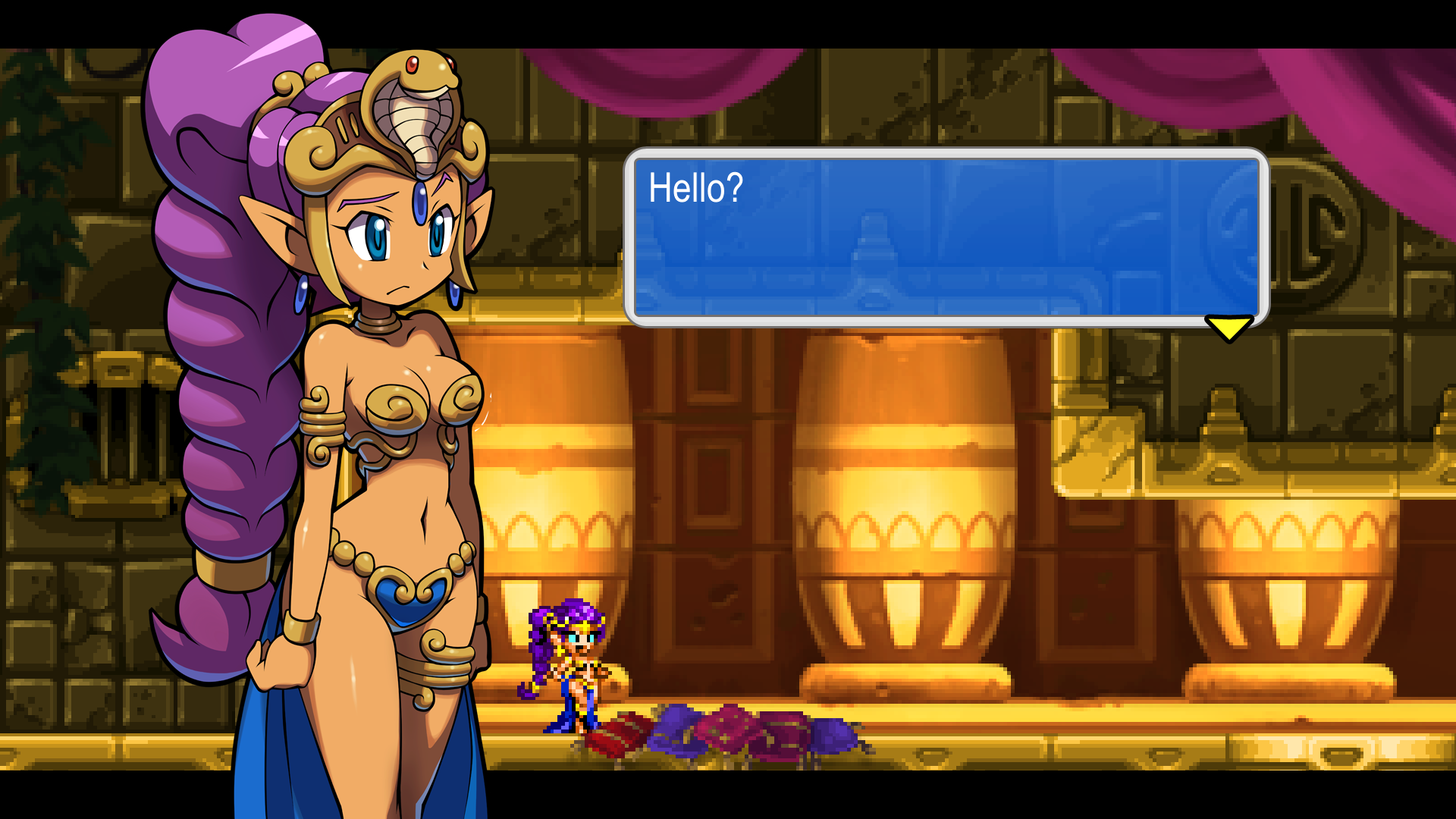 Ultimately Shantae and the Pirate’s Curse is an old school romp with hours of entertainment. It looks lovely & has a great soundtrack, a few tweaks here & there (less back-tracking/better fast travel system) and we’d be talking about one of the best platformers of the last few years.

Shantae and the Pirate's Curse