It’s war! Meat & Cheese have taken over the world & it’s up to Fruit & Veg to stand against them in a battle that will see only one side remaining!

Organic Panic is a stylish 2-D puzzle game that puts you in the role of one of 4 characters on the Fruit & Veg side. Each has their own unique abilities (Carrot can climb walls, Apple is very versatile) & mode of attack. Told in comic book form the story is hardly exciting Begging to be skipped through quickly so you can get to the next set of levels even though the cartoon-style visuals are pleasing to the eye & levels are well detailed.

Organic Panic boasts over 200 levels spread through several game modes. The majority of those levels are in the single player mode where you’ll play as a Fruit or Veg (or sometimes a combination of more) to solve tricky puzzles all while defeating enemies & collecting purple crystals. The crystals at first might seem irrelevant, only there for the completionist but the more you collect the more lives you’ll have to battle the tough final boss. 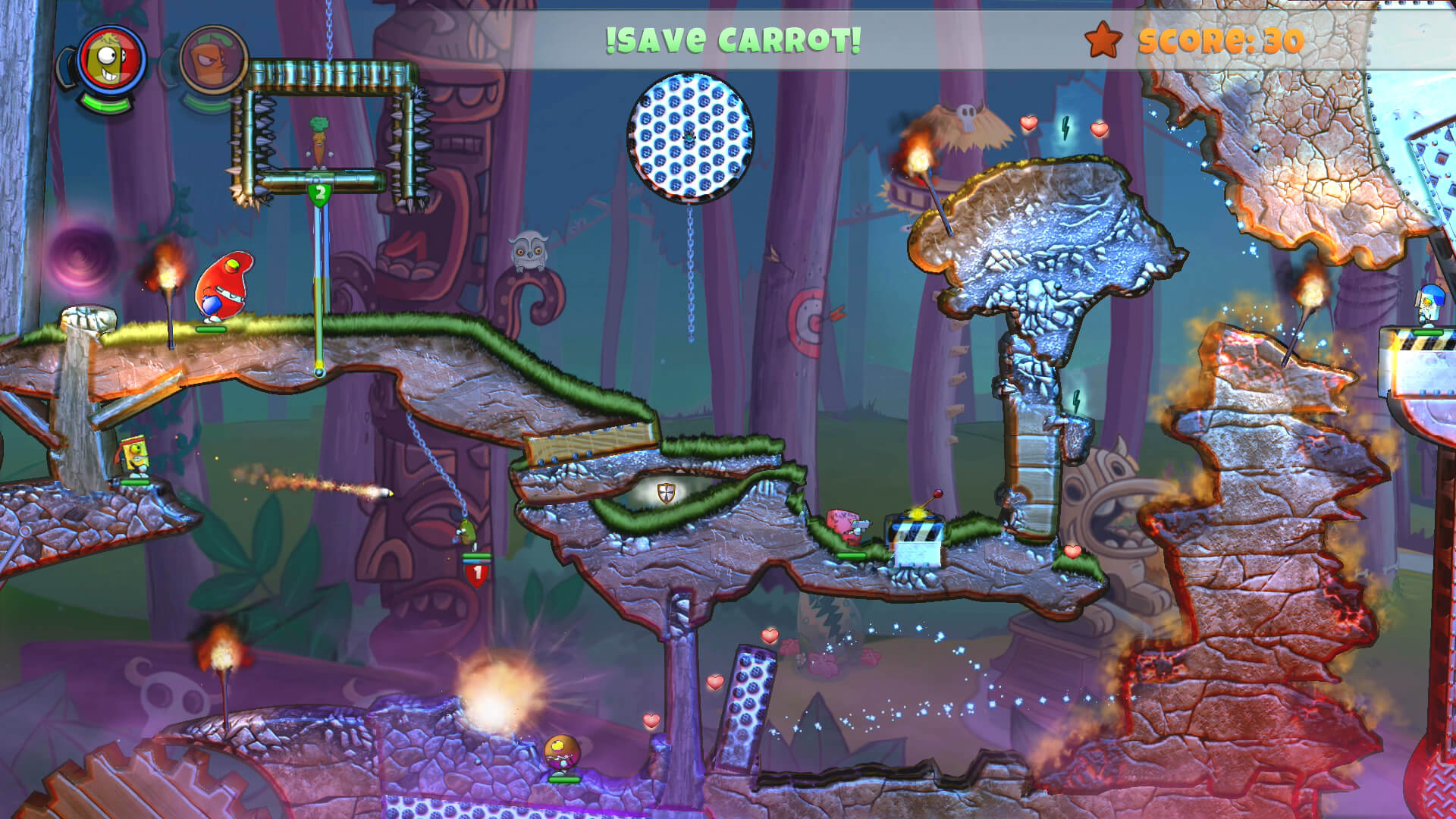 The goal in each level is to reach a portal often positioned in a difficult to reach area. You’ll have to make the most of each characters abilities & powers to get to it. The difficulty ranges with some being frustratingly tough. You see the environments are fully destructible & if you’re not careful you can inadvertently block your own progress by bringing a wall or platform down by accident.

This is most prevalent with Apples super-ability (collect blue orbs to activate) who can drill through anything for a limited time only. There is a lot of trial & error involved here with solutions being easily found once you’ve had a few tries at it. 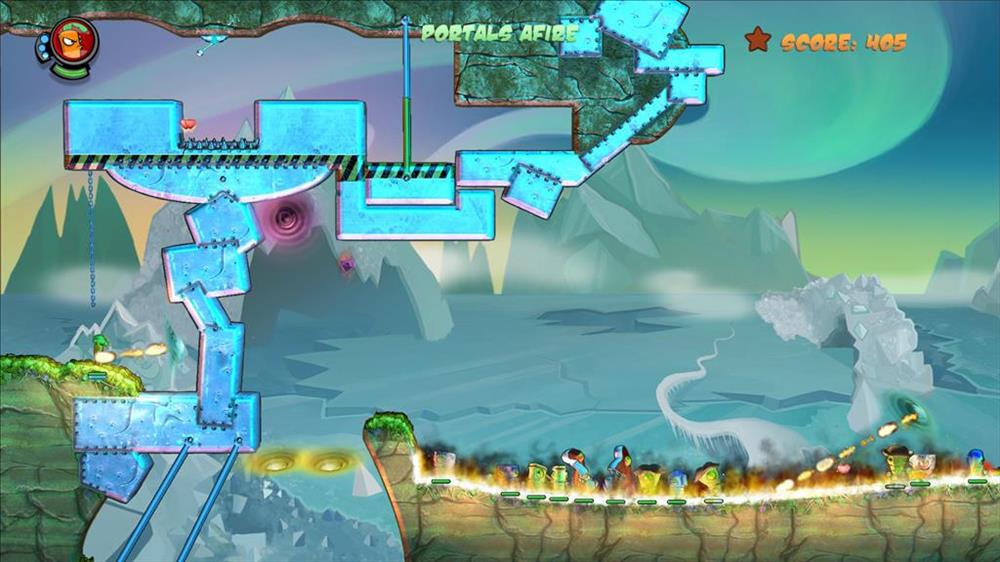 The early few worlds are a bit of a bore, serving more as training levels to get you used to characters abilities & the different ways in which levels can be approached. Thankfully the latter half of the game picks up with a lot more variety & less hand-holding. It borders on addictive at times with you just wanting ‘one more go’.

The single player story can be completed in a few hours once you’ve got the hang of it. Making it to the portal is the easy part, what isn’t so straightforward is getting a gold star in a level. There are 3 ranks…bronze, silver & gold. To get a gold star you’ll need to kill every enemy in the level as well as collecting the purple gem then reach the exit.

These rankings add much replay value to the game. By time you’ve reached the final stage you’ll be something of a pro so early levels that you struggled to get a gold on suddenly become so much easier.

Completing the story will unlock some additional modes that are a mix of challenging & laughably easy.

The game does include a local multiplayer mode pitting players against each other in a Versus style battle for dominance as well as co-op where you work together to solve the puzzles & reach the exit. There are a huge amount of levels here too. It’s fun with a player who can match your own skill & versus games become frantic battles as you dodge desperately looking for an opening where you can launch your own attack.

Organic Panic’s mix of cartoony visuals, puzzle solving & destructible environments make for addictive play. It’s hard to put down & even easier to just have another go. The many game modes, huge amount of levels & star ranking system gives it a huge amount of replay value. well worth a purchase.