Having never seen the original I didn’t know what to expect regarding this poorly titled movie but thankfully it doesn’t actually matter as it’s actually a prequel.

A woman runs through a cornfield at night (Don’t people know by now that nothing good ever happens in a cornfield!?) & is killed by an unseen foe.

An unknown amount of time later we meet the Rollins, a down on their luck family struggling to keep their farm afloat. John, played by internet favourite Norman Reedus of the Walking Dead fame, is trying to keep it together even though he feels like a failure. 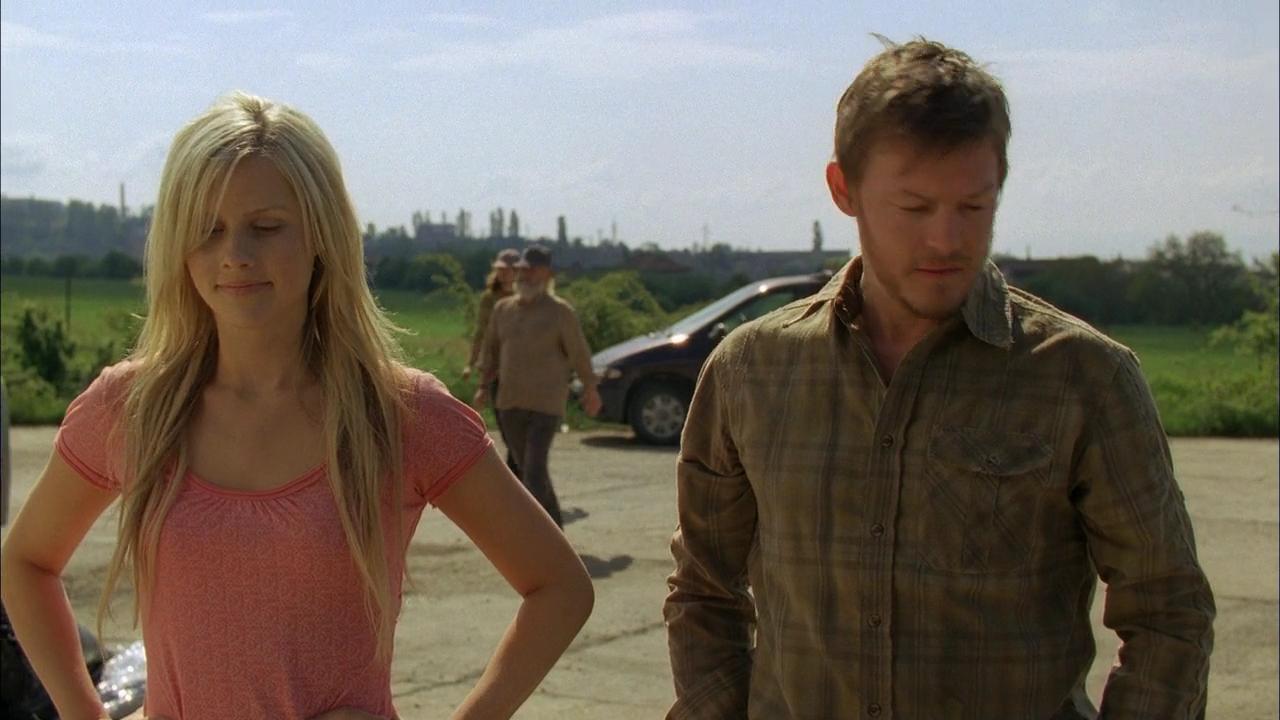 Now don’t think I’m getting all that information from Norman’s acting…far from it. In fact his expression barely changes throughout the movie, the film happily holds your hand throughout signposting every significant event. The weather is hot so the corn is dying, the family can’t afford seeds & their tab is no good, the crows aren’t helping matters…the film makes sure you know what is going on.

One day John discovers a secret door in his barn where a scarecrow lies, he decides to put it up in the field hoping to scare off the birds. All this against his sons wishes. I can’t blame John, the boy couldn’t have convinced a lemming to jump off a ledge his acting is that terrible.

What should have convinced John to not put the scarecrow up was the freakin’ scarecrow itself. I mean look at this thing? Who would make that? Let alone have it near their house!? 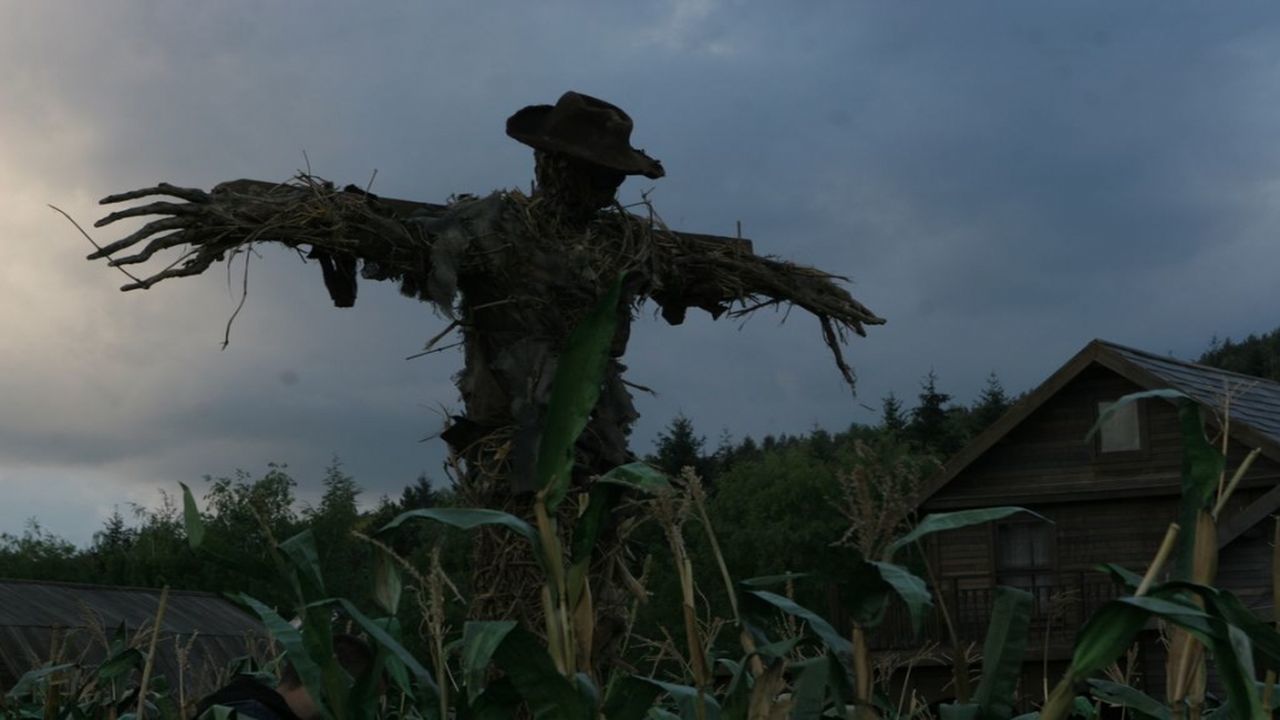 Anyway, soon after placing the scarecrow in the field the families luck begins to change for the better. However John begins to see strange things appearing in the corn (little girls, half-naked women, dead birds) then when people start turning up dead he begins to wonder if the scarecrow might have had a hand in it somehow.

Messengers 2: the Scarecrow is a film filled with faults with the most glaring being the quality of the acting. In the lead role as John Rollins, Norman Reedus looks like he wishes he was anywhere but there. His expression remains the same throughout & I became convinced that he was just repeating the line ‘I need the money’ over & over again. 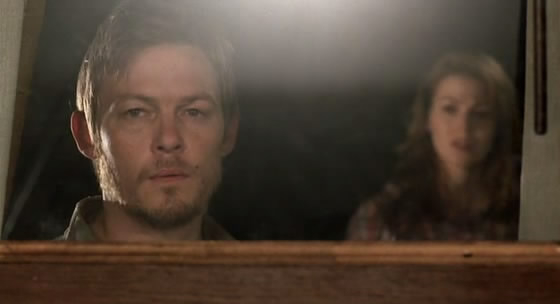 The story is alright, it’s twist is pretty obvious if you’re paying attention but as the film is so boring you’ll find yourself drifting in & out. It’s build falls flat because it’s so obvious from the start that the scarecrow is involved. So little happens for such a long time that I started to wonder if it was more of a psychological horror rather than a literal alive scarecrow film but I was wrong.

The climax sees the scarecrow coming to life to try & take John’s family in payment & results in laughable scares & an even stupider final face-off. The film ends on a happy note…unless you stop to consider how John is going to explain the dead policeman in his barn. The scarecrow did it? Yeah, alright…someone’s going to prison. 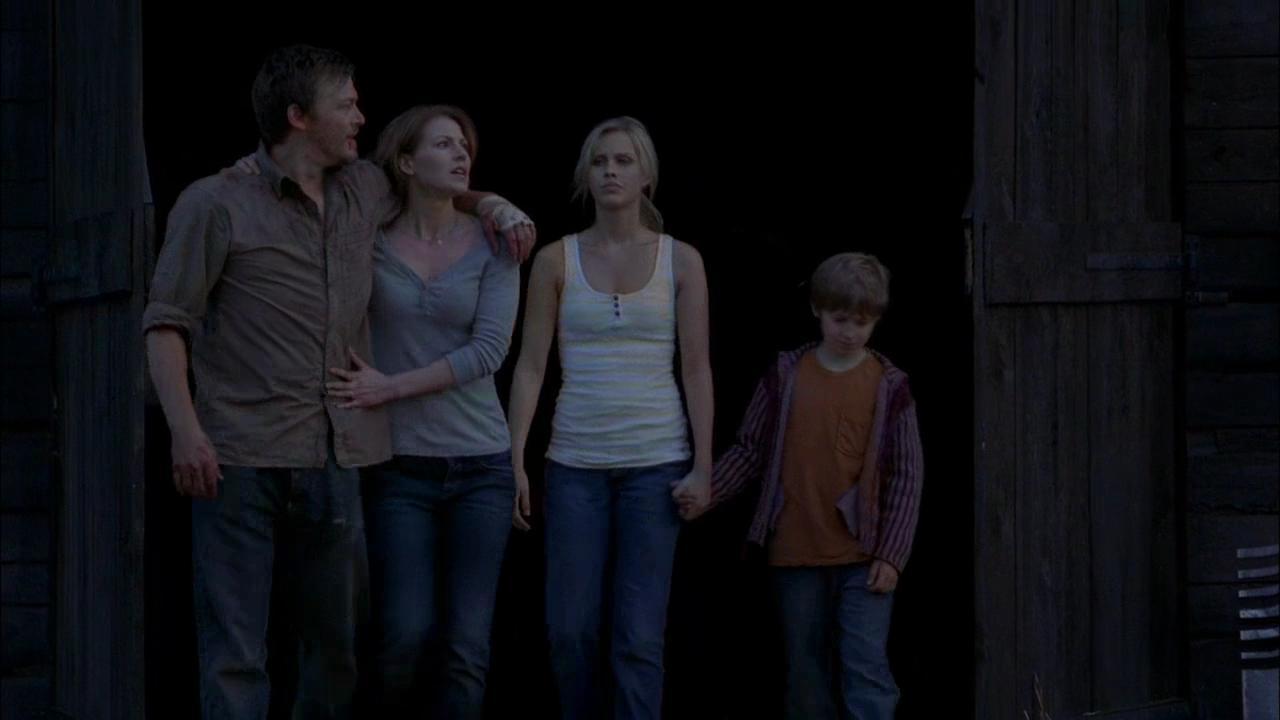 The film promises a scary scarecrow & it delivers in looks but little else. Bad acting, moments of utter nonsense (why was he seduced by the ghost woman?) & a disappointing ending. There is little to really enjoy here.