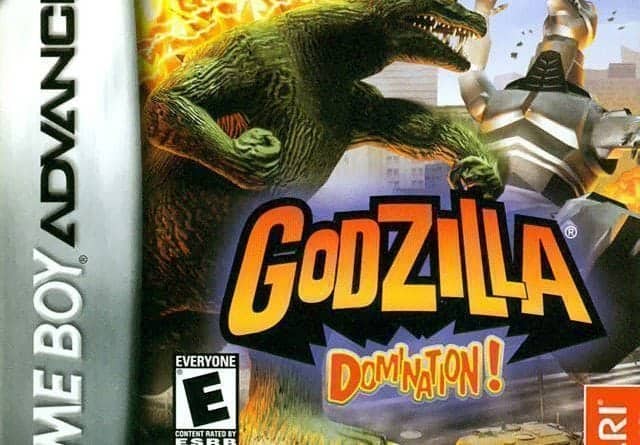 Godzilla: Domination is a miniaturized version of the more popular Godzilla: Destroy All Monsters Melee. Up to four players can choose one of six characters and face off against some of the more famous monsters from the Godzilla universe. Monsters such as Mothra, Rodan, Megalon, Mecha Godzilla and Mech-King Ghidorah.

A bit of button masher, once you’ve chosen your character you play through locations set around the world and in space. Fight one-on-one, as part of a tag-team, three on one or as four characters battling for domination. Kick, punch, jump, block and use each monster’s special move to beat down your enemy and pass the level.

It’s simple stuff and not very challenging at all until you reach the final boss. The more players involved, the more fun and frantic it becomes. Each player will be desperately stomping around and destroying buildings to gain powerups so the special attacks can be unleashed. 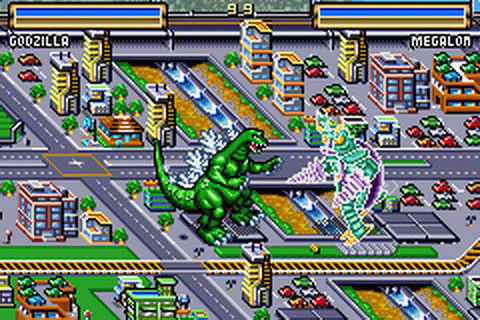 While you can easily get through the levels without every using one of these attacks, they do make things that little bit easier.

Visually, Godzilla: Domination doesn’t take advantage of the Game Boy Advance’s capabilities. It’s bright and colourful, cartoon-like but it lacks detail, something that is found in many other GBA fighting games. 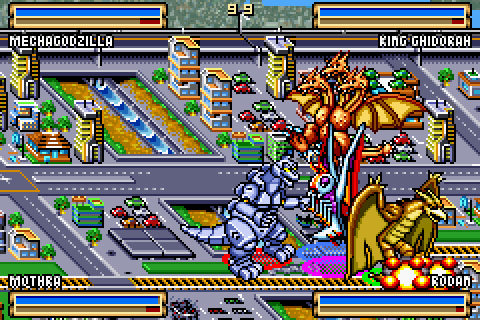 It controls well though. Moving and fighting is fluid, rarely will you take damage or be defeated because of iffy controls. The music isn’t terrible and fits the raging battles going on but it’s with the sound effects that the game really excels. All the trademark roars, growls and howls you would except to hear are present.

Perhaps the biggest complaint about Godzilla: Domination comes from the lack of combos. A few punches or kicks and the enemy character will fall down. Making it so you are temporarily unable to attack them. You have to wait until they get back up before continuing your assault. 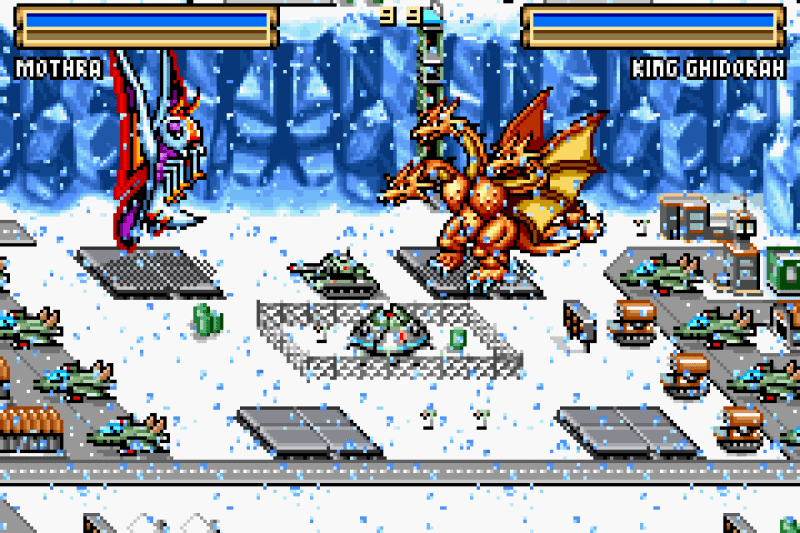 That combined with a short play-time if you’re going it alone, the lack of selectable characters and arenas means what could have been a fun addition to the Godzilla licence just ends up being an ‘ok’ addition.

There are many better fighting games on the GBA and many better Godzilla games out there.