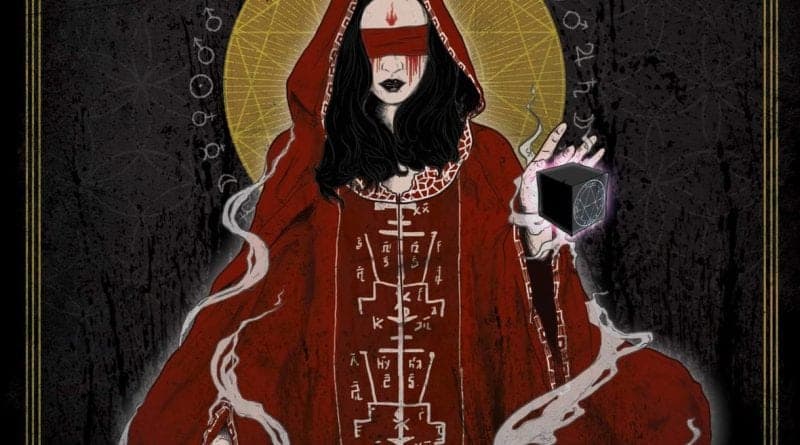 Released back in March of 2018, Tales of Pythia is the debut EP from Belfast based, extreme/groove metal band, Oracle!

One of the most exciting young bands in the extreme metal scene right now, Oracle are all about the heavy. The five tracks that makes up Tales of Pythia will pulverise your mind, body and soul but you’ll be loving every single second of it.

Opening with a roar of angry defiance, Deny is a overwhelming assault of squealing guitars and pounding percussion. It lasts only a minute but what a minute it is! As an introduction to Oracle’s sound goes, there is no confusion about what the rest of the EP has to offer.

No God Waits for You really brings the groove though. The pulsating riffs and vibrating drum beat isn’t enough though as the foul vocals bellow out with such force. It’s followed by The High Priestess, a track that doesn’t wait long to erupt into relentless heaviness. Whatever potency you thought Oracle had before this track, well, they’ve taken it even further.

With a keenness that fills you with excitement, the five-piece don’t take their feet off the gas for even a second. The vehement approach to delivering high quality groove metal is addictive and the best way to enjoy Burn the Nameless is to just give yourself over to the beat.

As soon as it begun, it’s over as Prisons delivers one final charge. A storming raid on the last of your senses ensuring that you won’t be forgetting the name ‘Oracle’ anytime soon.

Find out more about Oracle by going to their Facebook Page and following them on Twitter. Pick up their music over on Bandcamp, Spotify, via Apple Music below and check out their videos over on YouTube.

Oracle - Tales of Pythia (Self Released)