American hard-rock band, Shinedown have released their sixth studio album entitled Attention Attention. It was released on May 4, 2018 and is a concept album, depicting an individual overcoming negativity and related problems to be reborn as a new person.

Living up to their hard rock & roll tag, Shinedown kick off Attention Attention with plenty of swagger and catchiness as Devil makes a play for a guaranteed floor filler at rock clubs around the world.

A solid start that doesn’t exactly defy expectations but certainly delivers on them. Black Soul fails to capitalise on it though with poor use of electronica and vocals that are hilariously lazy sounding. The heavier chorus can’t even rescue it.

Two tracks with completely different results, it’s a early clue about the album as a whole. Seriously hit and miss. That’s a problem in itself but the ‘hits’ have zero longevity in them. Easy to enjoy while listening to them but these won’t be played months down the line.

Some of these include the title track that has a safe ‘sing a long’ chorus, Pyro is all energy and bounce, Monsters lifts the spirits with nice melody and Darkside gets the blood pumping with groove.

The misses really do miss though, to the point where you’ll want to just stop listening. The likes of Kill Your Conscience, Creatures, Evolve and Get Up go nowhere and are so forgettable you’ll have forgotten them before they’ve even finished.

In fact the latter part of the album really drops in quality.

Is it a bad album? Of course not! At times it’s very good but there is such a lack of imagination that it becomes a completely unremarkable listen. Long time fans of Shinedown will surely enjoy most of what it has to offer though as it plays to them and them alone. 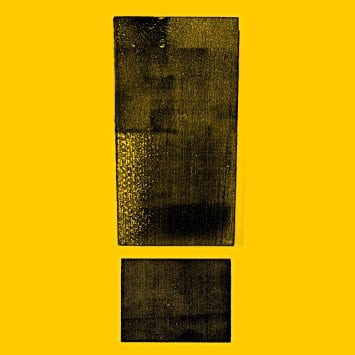 You can pick up the album via Amazon above and stream via Apple Music below.