Taking their lyrical inspiration from 80’s horror B-movies, it should come as no surprise that Shakma’s music is deeply rooted in the decade when speed and thrash metal ruled the underground. House Of Possession is their debut album out on February 23rd 2018 via Duplicate Records. 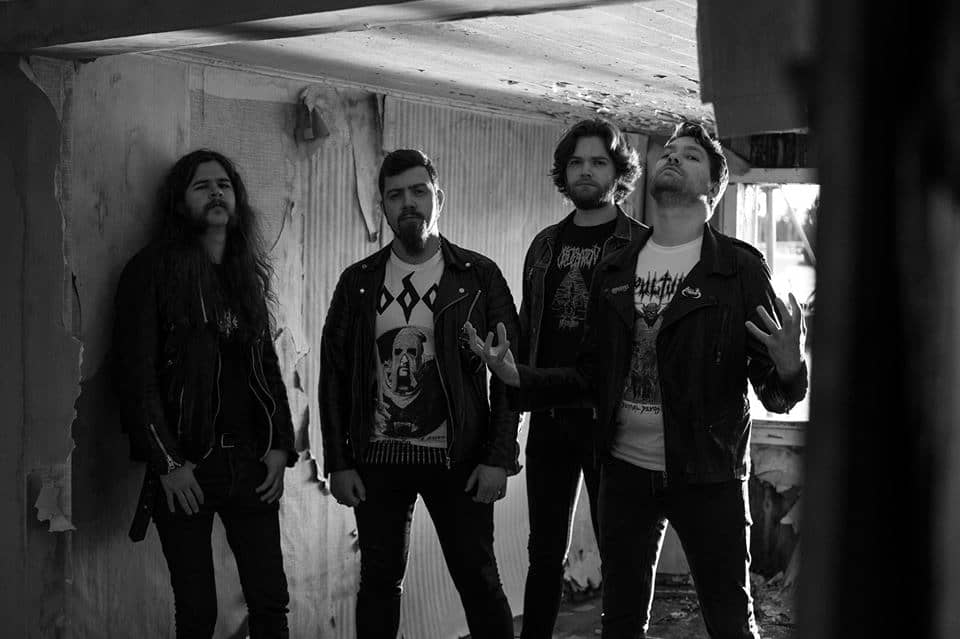 The mix of horror themed lyrics & old school thrash makes Shakma’s House of Possession a fun listen for horror & metal enthusiasts. Not only are the titles named after obscure horror but even the band’s name shares relation with a pretty unknown 90’s horror about a killer monkey!

All of that aside, fans of the 80’s thrash sound that Slayer & Testament made famous will feel right at home. House of Possession is 10 tracks of balls out, high tempo and raw thrash metal. From opener, Blood Ritual’s frantic pace to Spectres of Death’s maddening riffs to Midnight Mass’ darker, evil tone. House of Possession is as throwback as you can possibly get!

That does kind of make it feel like a tribute at times & it’s hard to see how this as any hope of grabbbing the attention of the wider metal audience. Shakma can deliver ferocious metal with enough rhythm to fight through the rawness but it’s not exactly memorable. Several times you’ll wonder if you’ve accidentally hit repeat on certain track. There is familiarity & then there is being indistinguishable. It’s a problem that lets the latter half of the album down.

Ruthless Defiler, Knife of the Prowler and Into the Fiery Death drifts by in a haze of un-interesting riffs, samey vocals & a repetitive drum beat.

By time the finale of Night of the Coven arrives, the likelihood of you having checked out is high but if you’re still hanging on in there, Shakma at least finish on a solid high. The drone-like rhythm having a bit more oomph & the switch in tempo briefly standing out. A decent finish to an album that just lacks a killer edge. Perhaps too much of a throwback, it’s an album struggling for identity.

1. Blood Ritual
2. The Mummy’s Curse
3. Spectres Of Death
4. Deadly Spawn
5. Midnight Mass
6. House Of Possession
7. Ruthless Defiler
8. Knife Of The Prowler
9. Into The Fiery Death
10. Night Of The Coven

You can order the album now via Duplicate Records here and earlier releases via the band’s Bandcamp. Find out more over on Shakma’s Facebook Page.

5 (2 votes)
Liked it? Take a second to support Carl 'The Disc' Fisher on Patreon!