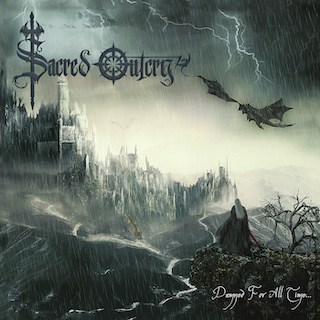 More than 20 years ago, a power metal alliance was formed in Greece, with vast influences and great passion, inspired by artists like Manowar, Warlord, Domine and Basil Poledouris.

This alliance was called Sacred Outcry and while they formed in 1998, they wouldn’t enter the studio to record their debut album until 2001. However, after 2 years of work the band suddenly came to a halt with the album unfinished. 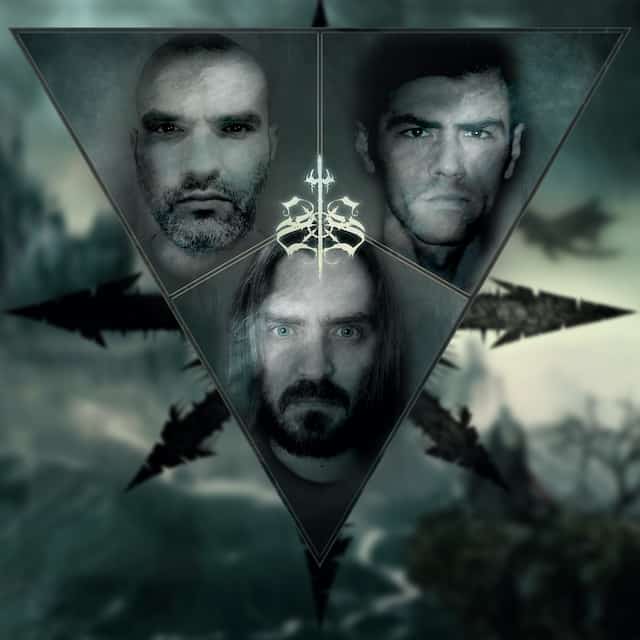 It is simply amazing that this album exists. That 19 years after first entering the studio, Sacred Outcry would finally be able to release their debut.

Now the question is: was it worth the wait?

A short and melodic intro (Timeless) builds towards the battle that is about to take place. The battle of heavy and power metal, with the charge led by Legion of the Fallen. The rollicking riffs bringing the energy whereas the vocals and percussion lend itself to an epic, fist-pumping feeling.

With a strong and defiant stance on just who they are, the actual track Sacred Outcry showcases a frenetic rhythm that excites the senses. Where Ancient Gods Are Still Hailed has a ton more melody to it and the title track is a bit of a tear-jerker with soft folkish playing.

Plenty of variety and plenty to enjoy, especially as things quickly ramp back up with the powerful Lonely Man. A track that goes from mournfulness to frantic metal in an instant. Though one of the most memorable efforts comes next in the form of Crystal Tears. Where Sacred Outcry deliver something akin to a power ballad but in their own epic style. It’s a very well thought-out track.

Yet nothing will quite prepare you for the penultimate track which is a startling 14:30 minute effort. To put that into context, the next nearest lengthy offering is the finale of Farewell at just 7:33. So what do they do with 14+ minutes? Well, they deliver a fricking epic that is all peaks and valleys. A fair bit of meaty metal, a ton of grandiose vocalisation, galloping energy and even more powerful head-banging groove. It’s a track that just flies by in a blur of quality heavy metal.

Which brings us to the end and unsurprisingly for a track called Farewell, Sacred Outcry deliver a punchy and weighty melodic closer. Something that works on an emotional level as much as it does on a energising one.

Let’s hope we don’t have to wait as long for the next release!

Sacred Outcry - Damned For All Time (No Remorse Records)