Featuring members of Type O Negative and Life of Agony, A Pale Horse Named Death will release their new album on the 18th January 2019. Entitled ‘When the World Becomes Undone’, the gothic metallers continue to excavate vulnerability from venom on their anxiously awaited third full-length album and first for SPV/Long Branch Records.

Oh yes, this is something special.

If you’re looking for some imagination in your metal then you’d be foolish to not take a look in A Pale Horse Named Death’s direction. The blend of soft gothic piano melody, chunky hits of heaviness, distorted vocals and grunginess makes an immediate impression on the title track. Part beauty, part darkness but all brilliant.

Gothic catchiness is the name of the game with the following Love the Ones You Hate as A Pale Horse Named Death deliver a masterclass in song-writing. Fell in My Hole’s chugging bass, Vultures with its twisty darkness and End of Days goth-tinged grungy rhythm. Track after track delivers an exciting experience that pulls at the strings of the soul.

Don’t be put off by the 13-track length. As three of these are just short snippets that break up the meat of the album. Some seriously tasty meat with little in the way of fat. Even when you do find a bit of that, it’s often covered in delicious juices that you hardly even notice.

We All Break Down is one example of a track that is a little meandering. It’s forgivable though, especially when we’re given the likes of Splinters. As effective a track as anything found on the entirety of the album. The standout comes right at the end though.

Dreams of the End is gloriously miserable in its delivery of melody and doom-infused heaviness. An exceptional track that caps off a very good album. 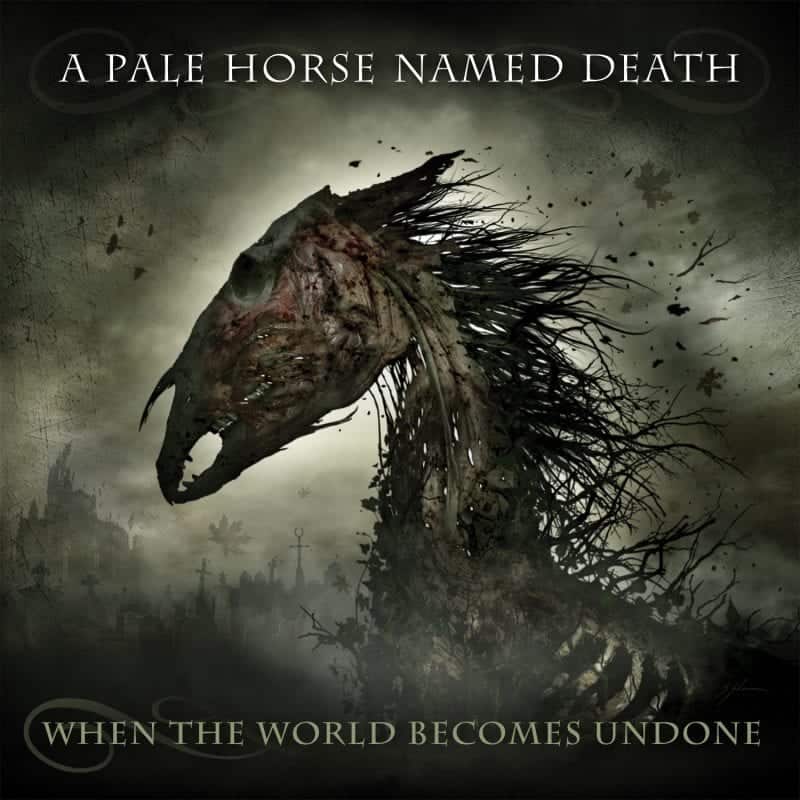 Head over to A Pale Horse Named Death’s website to find out all you need to know and where to order the album.