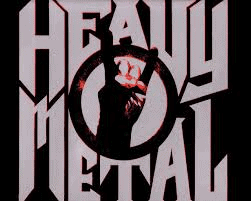 Often in metal, it is a softer, alternative sound that starts the love of “being different” and “guitar driven” music. For me it started at a young age and it didn’t start with Carcass or Deicide. For me it was, influenced heavily by an older sister, hard rock that really piqued my interest. As I got older the need for louder, faster, heavier and more rebellious music took hold and I delved further and further into the metal world leading me too the place I am today where the music I listen to is a true source of joy and inspiration to me. While I don’t listen to all of these albums very regularly anymore, some I still do, they all still hold a special place. They all represent the beginning of a wonderful journey.
Numbered by influence with 1 being the most influential, it began here. 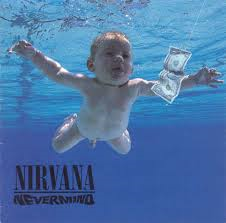 Many, many people my age looking for alternative music will have been influenced at a young age by Nirvana. They were young, reckless and seen as a bad influence by parents across the land. Nevermind was the first album I ever heard from Nirvana and, at the time, I really loved songs such as Lithium and Polly. I still like a few Nirvana songs such as Plateau and Lake of Fire but most are from other albums although it is very rare for me to listen to them now 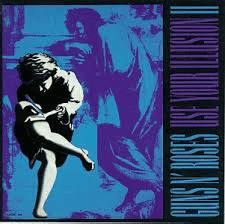 I bought both Use Your Illusion albums at the same time and while I really liked the first one with November Rain, Don’t Cry and Live and Let Die on it, it was number 2 that really hit me the hardest. Civil War is still now a firm favourite as is Knockin’ on Heaven’s Door and Estranged. I also actually prefer the alternative lyric version of Don’t Cry as well. 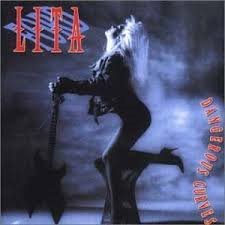 A sisters influence led me towards Lita Ford and Dangerous Curves was the first album that I heard and I loved it, and her, for many a young year. I haven’t listened to this album for a very long time but still remember it fondly and still remember most of the words to my favourite songs on this album, namely, Holy Man, Playing with Fire and the excellent Black Widow. 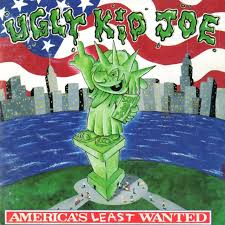 Ugly Kid Joe appealed to me when I was younger because they were a little different to anything I was hearing at the time and they were a little naughtier. America’s Least Wanted was the only album I remember owning and I really liked Everything about You and the excellent cover of Cats in the Cradle as well as the track, Neighbour.

I love this album. It is one of the best modern representations of punk attitude in, then, many years. Particular favourites were Genocide, So Alone, It’ll be a Long Time and, of course, Self Esteem. This was one of the albums that was loved my all my friends back in the day, whether fans of rock or not and Self Esteem was close to being our own personal anthem. It was also the first album I pushed onto friends that converted them towards rock music and you know how we metal heads like to do that 🙂 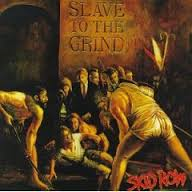 What a fantastic album this is. I still listen to this today and am a big fan of Skid Row in the Sebastian Bach days. I listened to this album a lot when I first got it and it marked a point for me where intricate and long guitar solos where becoming a focus. Songs like In a Darkened Room and Quicksand Jesus were perfect and the more rock like Slave to the Grind and Monkey Business were heavy for me at the time. The song that stood out the most though, and the one I still play regularly today is Wasted Time. Everything about that song is fantastic and really pushed me towards the long, guitar solo heavy songs I listen to today. 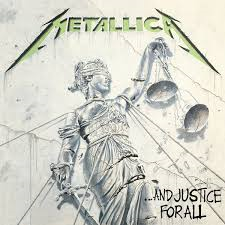 This was the first Metallica album I owned and it had a huge impact on my life. The minute I heard the opening notes to One, I realised I had found the intricate guitar playing I loved with Skid Row in a suitably heavy environment. Songs like And Justice for All and Blackened rammed it home and Dyers Eve spent a long time being my favourite ever song. This album sent me to purchase every other Metallica album that existed bringing Master of Puppets, Ride the Lightning and Kill ‘em All to my attention and from that point on, I no longer classed myself as a fan of hard rock. I was a metaller. 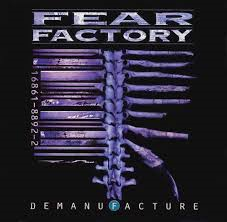 This album was probably my first real foray into heavy, heavy metal and I fell in love with the mixture of intensity and anger. The speed of the title track was like nothing I had listened to before and I adored the vocal skills of Burton C Bell. I still do now actually in regards to this album and the singer. The songs Demanufacture, Replica and Hunter-Killer were particular favourites back in the day although there aren’t actually any songs on this album I don’t like. This album definitely pushed me away from the softer elements into the heavier stuff I gravitate towards today. 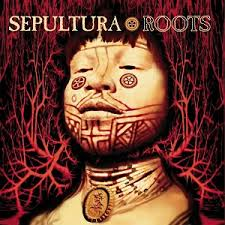 I remember seeing the video to a song called Ratamahatta by Sepultura on a VHS called Drilling the Vein and being enthralled by it. I immediately went out and bought the album Roots. I quickly realised that Ratamahatta was far from being the best song on that album and fell in love with the first track Roots Bloody Roots. There were so many good songs on this album such as Attitude and Straighthate and I really loved Max Cavelera’s style of pure aggression without the soft singing. The tribal elements just influenced me in looking more and more for heavy metal with an edge. Music with something different.

1: – Pantera – A Vulgar Display of Power 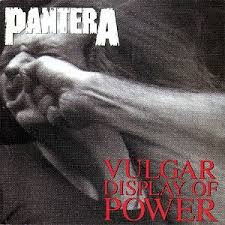 I was already well and truly as metal head by the time I got my hands on this album but damn, if there was any other confirmation needed, this was it. This was the album of my youth and I grew to worship Phil Anselmo and Dimebag Darrell. The guitar playing was mesmerising and Phil’s attitude was fantastic. Every song on this album was great but some stand out ones are Mouth for War, This Love, Walk, Hollow and my personal favourite, By Demons Be Driven. I guess what this album did for me, more than anything was push me further by making me realise that not only was heavy metal the right music for me but it made me realise that the most intelligent and creative music I could find, the ones were people spoke the truth and their minds and the music that would create memories for me in good times and help me through bad times all existed in this genre.

So, for better or worse, all of these bands are held responsible for giving me the music taste I have today and I could not be more grateful. I love heavy metal and a lot of that is because of the bands above. There are probably many more I could add to the list that all helped to push me along the path, bands such as Faith No More or Cradle of Filth but I think my top ten is correct.

I hope you enjoyed the read!