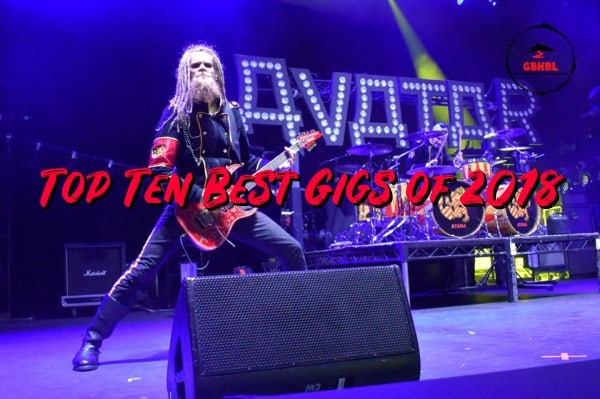 It has been another incredible year for live music and once again this is a list that could have easily been far longer then it is. We probably could have filled it with Bloodstock 2018 performances alone. Narrowing it down to the ten best of the year wasn’t so difficult, however putting them in order was but here we are. The ten best gigs of the year in our opinion. 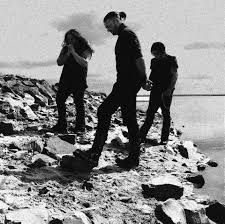 There were so many great performances at 2018 edition of the UK’s premier metal festival that standing out needed something very special. That came in the form of Godthrymm, a band that consists of current and former members of My Dying Bride, Vallenfyre, Solstice, Malediction and Anathema.

What an absolute amazing show Godthrymm put on. The Sophie Lancaster Stage is far emptier then it should be but for those who did turn up, the doom/death metallers do not disappoint. One of the best bands of the entire weekend. 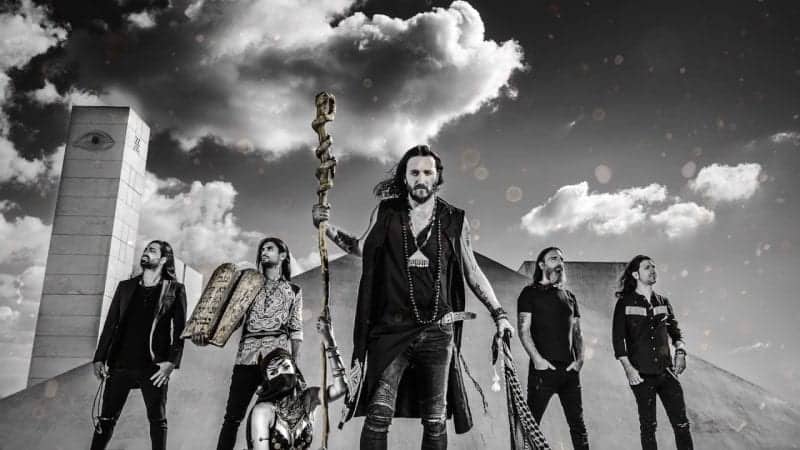 Up to this show, Orphaned Land had failed to capture the same spirit live as they had on record for me having seen them twice before. Following their best release to date, Unsung Prophets and Dead Messiahs, this seemed like the last chance for the band to really impress me and they went above and beyond.

It was simply incredible. They really have come a long way & this show, one that everyone in attendance seems to enjoy, is proof that the future is looking really bright.

Coming quite late in the year and after an ‘alright’ showing at Bloodstock, expectations weren’t too high for this show but it didn’t disappoint.

After seeing them live it’s official, we’re on the LOVEBITES train. A triumphant night confirmed just why they are one of the hottest new metal bands right now! 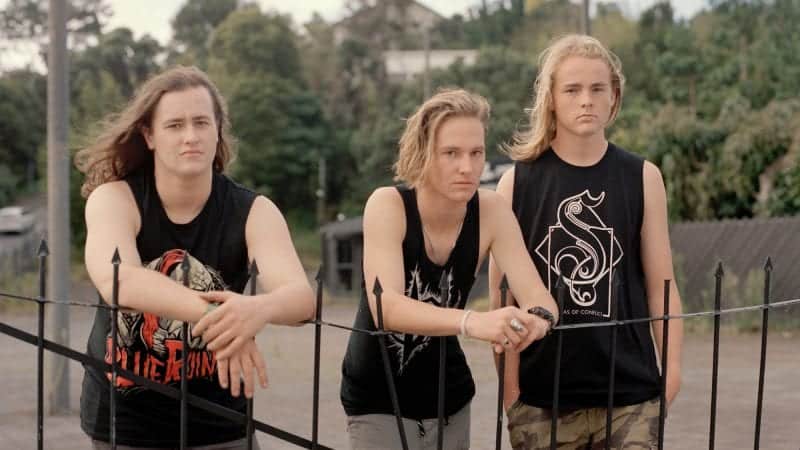 We heard the fuss, we heard the noise so there was no doubt we were going to see one of the most talked about acts in metal right now.

The hype is real. Alien Weaponry were nothing short of phenomenal bringing back memories of early Sepultura with their tribal brand of metal. You could never have guessed this band were so young either in age or experience. They owned the SOPHIE tent playing to its biggest crowd of the whole weekend and leaving absolutely everybody begging for more. 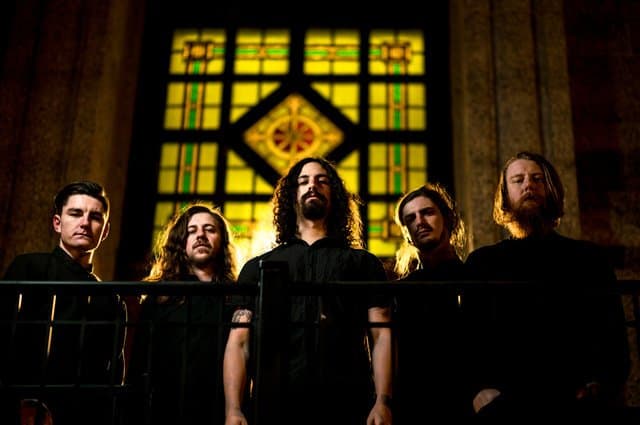 The disappointment of this show being moved from the The Dome in Tufnell Park to the tiny club-venue, The Electrowerkz can’t kill the excitement of seeing Ghost Bath.

Their style of ‘get on stage, play and then get off’ might rub some people up the wrong way but that’s Ghost Bath. A mysterious band but one who more then deliver when it comes to the music. It’s a tight and hugely impressive showing. 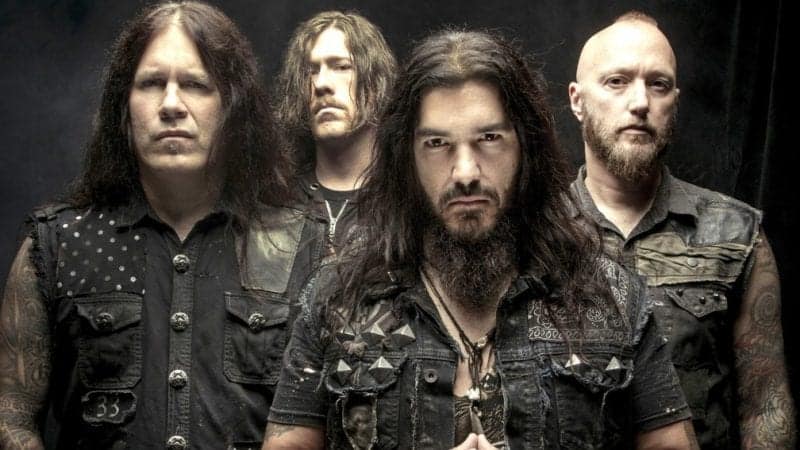 It is a Saturday. The sun is shining. Royals are getting married. The FA Cup final is taking place at Wembley. More importantly, Machine Head are in town.

Once again, Machine Head pulled off an amazing live show that makes you feel privileged to be a part of.

Conjurer are proving to be one of the brightest metal acts in the UK at the moment. With absolutely rave reviews coming in for their new album, Mire.

Let’s not beat around the bush, Conjurer are brilliant tonight. Their brand of extreme, doomy & progressive metal is so heavy & so appealing. The Black Heart’s sounds is on point & although the drums occasionally sound tinny, it’s a minor complaint with a set that is strong from the start to the very end.

Our last entry in this list from Bloodstock 2018 saw the mighty Gojira take their first headline festival slot and prove to any and all that they were more than deserving.

Years down the line the question will be asked…where were you when Gojira headlined Bloodstock? This is the pinnacle of their career with a setlist that took us through their entire history and had some of the most eye-catching visuals such as confetti cannons, fireworks, so much pyro and much more.

Zeal & Ardor were amazing. Their performance was emotional and powerful backed by truly majestic, black metal. They were as near to perfect as a band will ever be live and all that despite 80% of the tracks being brand new to the crowd. You may be a fan of Zeal & Ardor. You may love their records but believe me, until you see them live, you don’t know this band. The hype is deserved. 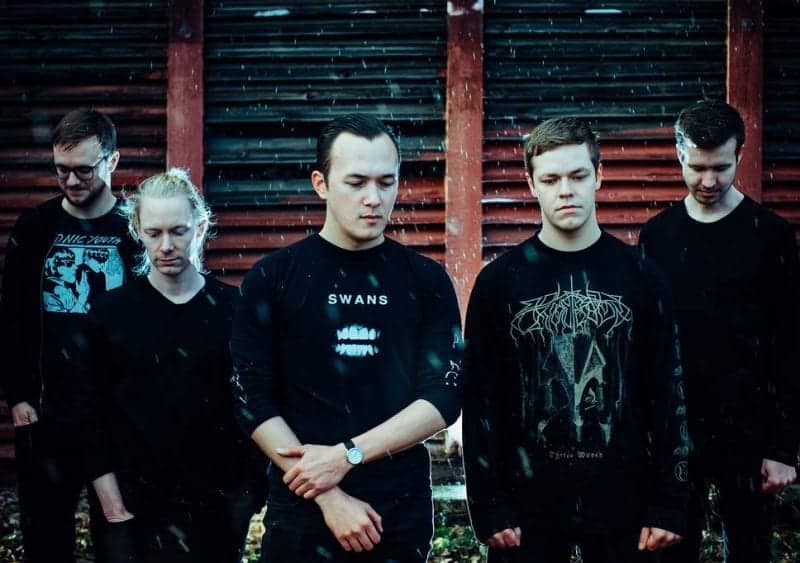 I think it says everything you need to know that in our opinion the best show of 2018 came from a support band. MØL are special.

There are few bands right now more exciting then MØL but you couldn’t blame them if they phoned it in a bit seeing as they have 30 minutes and there is no more then 100 people inside the Electrowerkz. That is not the case though, not at all. Instead MØL deliver one of the most jaw-dropping shows seen this year and left the stage as conquering heroes.