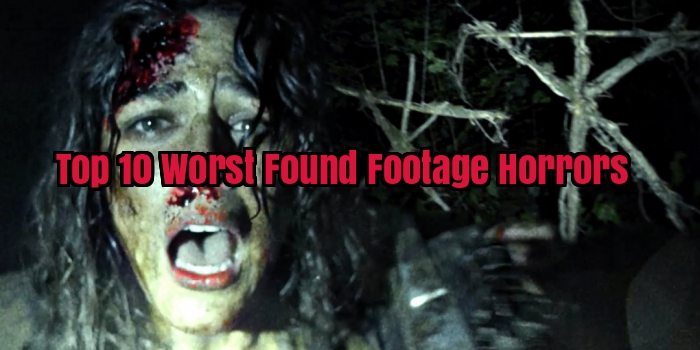 Found footage horror, three words that see most horror movie fans run a mile. A sub-genre that has been run into the ground with techniques that are often borderline unwatchable. When you think found footage, you think shaky camera work, poor visual quality, peering into darkness, horrible close-ups, bad sound & an unsatisfying plot.

What was once innovative is now lazy & cliché.

Almost all follow a standard formula & even the ones that try & stand out inevitably resort to the same tired tropes of constant jump scares. Finding a good found footage horror is a task & a half but finding a bad one? Just stick your hand into the nearest ‘bargain’ bin. 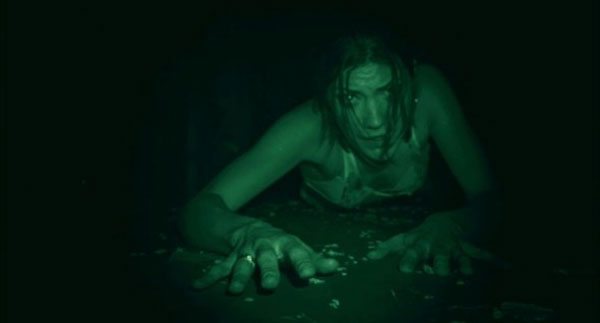 We have reviewed a lot of found footage horror with extremely mixed results. Well mostly negative results. With that in mind this top 10 is a list of the worst found footage we’ve seen. There are plenty more out there but we just haven’t seen them yet. These are the 10 that we think exemplify just how poisonous the sub-genre is now. 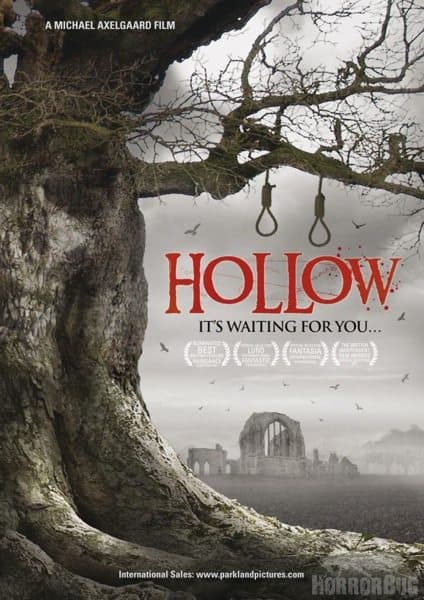 Near a ruined British monastery, two young couples encounter an ancient evil that drives people to suicide. Hollow joins many on this list as a found footage horror that offers an interesting premise but inevitably throws the goodwill away by reverting back to the same tired tropes. 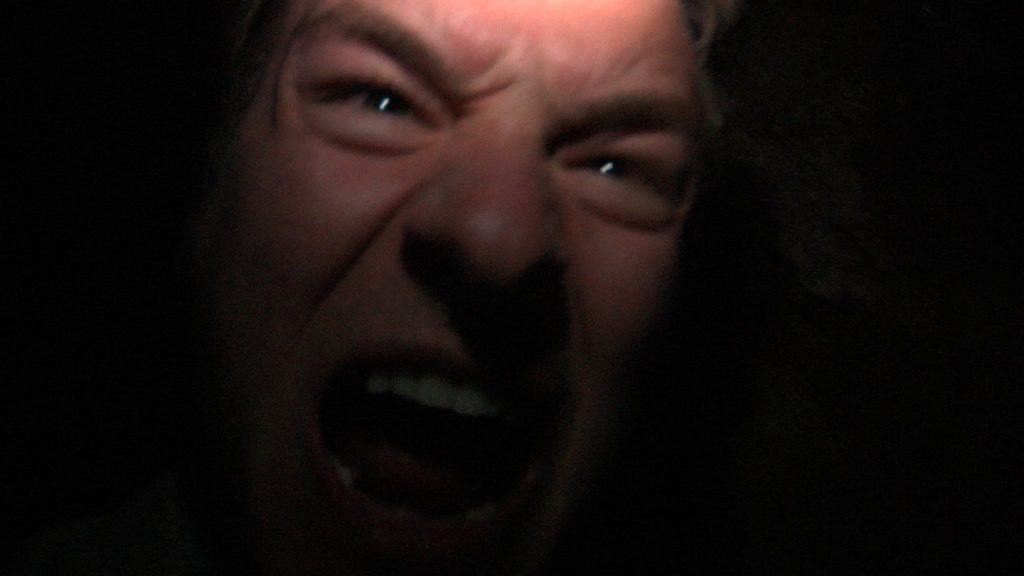 “A really missed opportunity that falls foul of all the usual issues I find in ‘found footage’ movies. It is getting so bad that I’m really going to re-consider watching these kinds of movies. A great idea with a really rich back-story that is dropped for some lame feuding lovers’ shtick & an extremely confusing ending.” 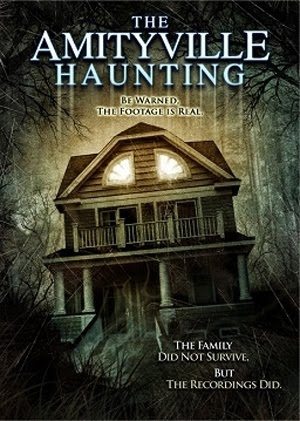 Found footage reveals a family’s ordeal in the infamous haunted house in Amityville on Long Island. The Amityville saga went found footage in 2011 & the results were lacklustre to say the least. Completely behind the times already in regards to what found footage had put out, this 9th Amityville movie offers zero fresh ideas instead trying it’s hardest to be just another Paranormal Activity. 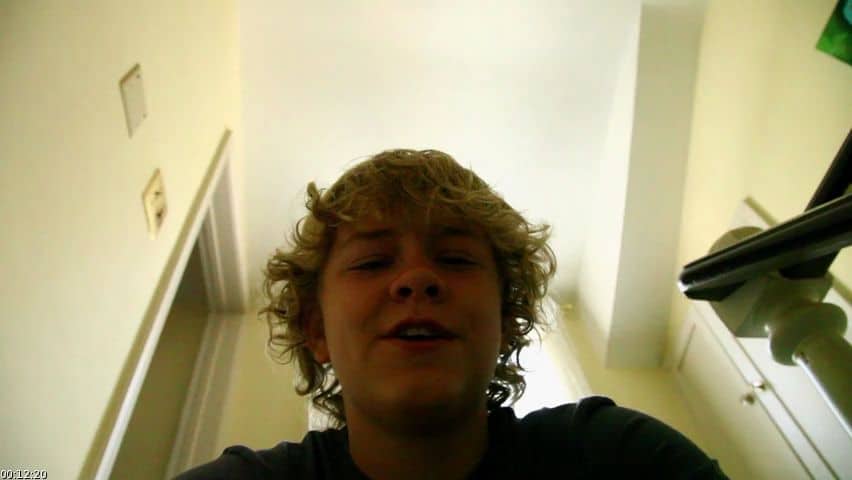 “There is little to recommend here, the scares are childish jump moments with attempts at building tension that fall extremely flat. The ending is predictable & it takes far too long to get to the supposed payoff.” 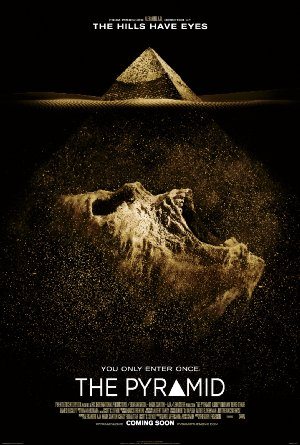 Father-daughter archaeologists discover a unique pyramid that has been buried beneath the Egyptian desert for 5,000 years One of the most frustrating on this list because of the potential. Instead we get a boring jump scare-a-thon with some of awful CGI & a villain that is laughably bad. 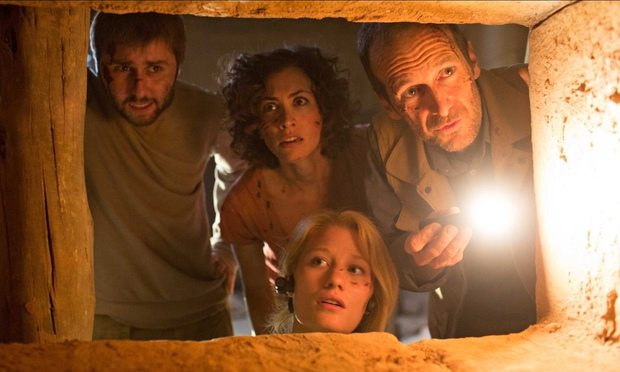 “There are way too many missed opportunities throughout & the pyramid looks bland. This sort of setting should excite & intrigue, not bore. The story, while being more unique than most is filled with historical inaccuracies that will begin to annoy you the more the film goes on.”

A group of friends encounter genuine horror during a road trip to visit haunted houses. Another in a long line of ‘interesting idea, poorly executed’ found footage horror. One of the most unwatchable on this list because of the shaky camera & darkness. 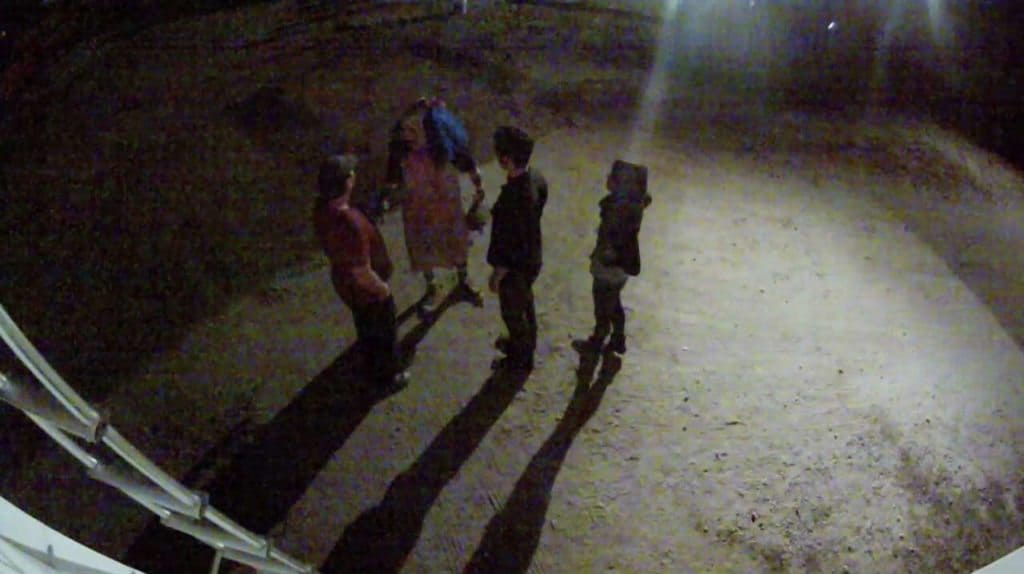 “Just another in a long line of terrible found footage horror. The concept might seem interesting at first but it’s poorly handled & would have been better as a documentary (similar to the brief interview snippets we get throughout).” 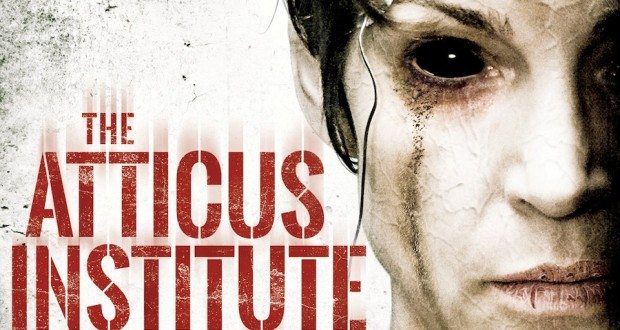 In the early 1970s, Dr. Henry West creates an institute to find people with supernatural abilities. Showing plenty of promise, The Atticus Institute is an incredibly frustrating watch as it devolves into a bog-standard found footage horror that would at least be a let down if we actually expected anything from the sub-genre now. 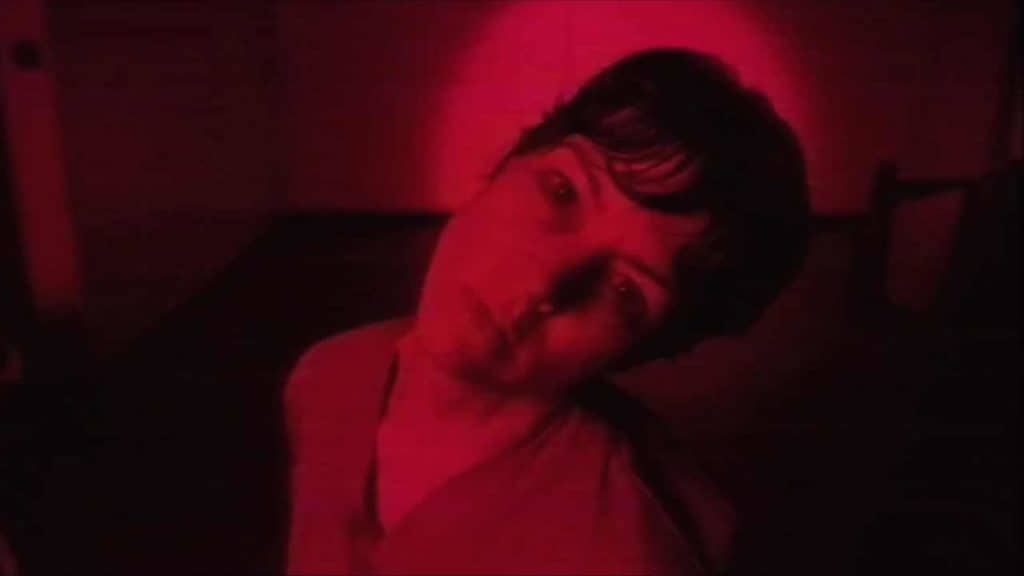 A man and his friends venture into the Black Hills Forest in Maryland to uncover the mystery surrounding his missing sister. It couldn’t be worse then Book of Shadows: Blair Witch 2 could it?

Perhaps the worst thing about Blair Witch is how it chooses to not learn any lessons & makes the same mistakes that found footage has been making for years. This movie had a real chance to look at the last 10 years & learn but instead banked on nostalgia for the original 1999 movie. 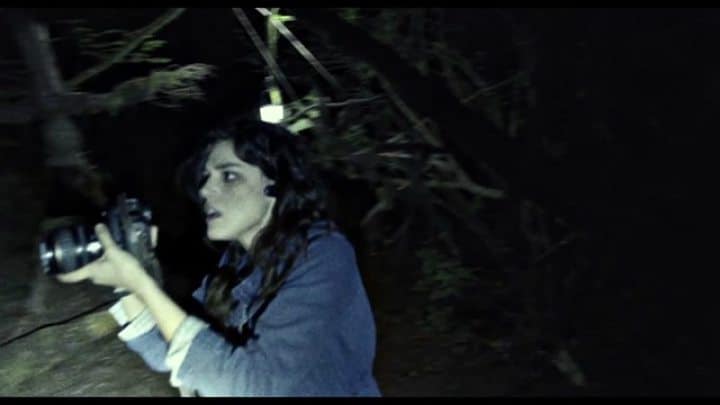 “Any found-footage horror in 2016 deserves to be put under the microscope more than any other because it has the chance to learn from the mistakes made by the films that came before it. It has a chance to not fall into the same pitfalls that have plagued the sub-genre for years. It has a chance to be a new kind of found-footage, one that doesn’t try to give you motion sickness or worsen your eyesight as you squint into the darkness on screen.

Blair Witch takes all those potential lessons & simple wipes it’s ass with them. It doesn’t give a fuck what you think. You’re here for the nostalgia factor so here is the exact same film with less memorable characters, no tension & some of the worst jump scares I’ve seen in a long time.” 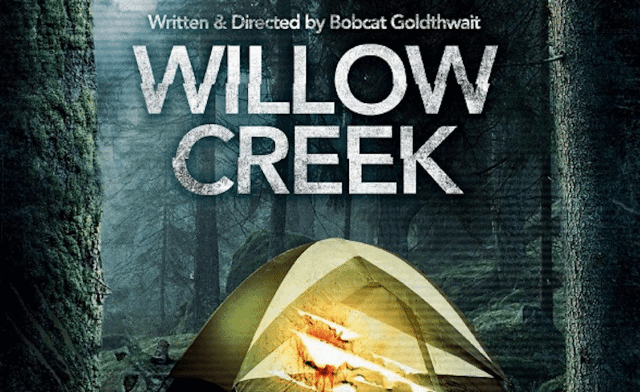 A couple camp in the woods to capture firsthand evidence of Bigfoot. So boring that when it came to writing a review we really struggled to find the words needed to make it a decent length! One of the worst found footage horrors & the worst of the ‘bigfoot’ bunch. 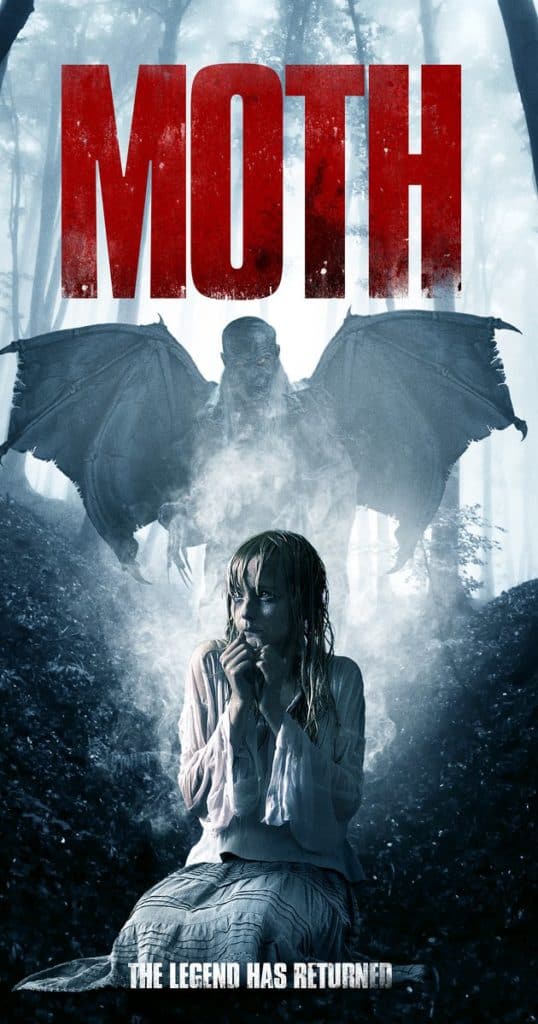 A lecturer and her student travel to Europe to look into the mythology of the Mothman. Up there as one of the worst found footage movies ever, it getting into this top 10 was never in question. Devoid of few redeeming features, the lazy camera work alongside awful acting makes it memorable for all the wrong reasons. 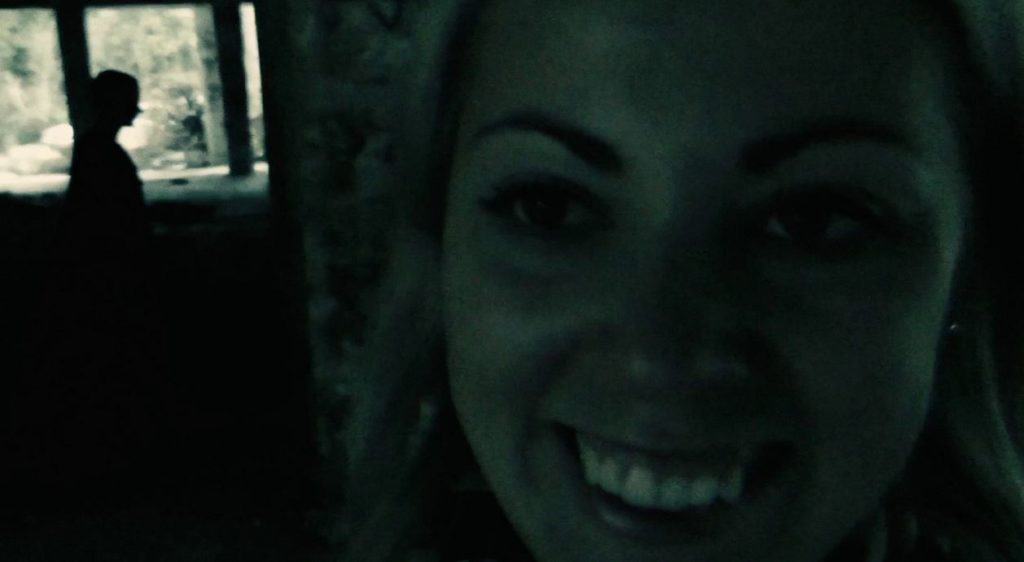 “At its best found-footage horror can be exciting, tense & scare filled but at its worst it can be…Moth. With very few redeeming features, Moth breaks the cardinal rule of horror…don’t be boring.” 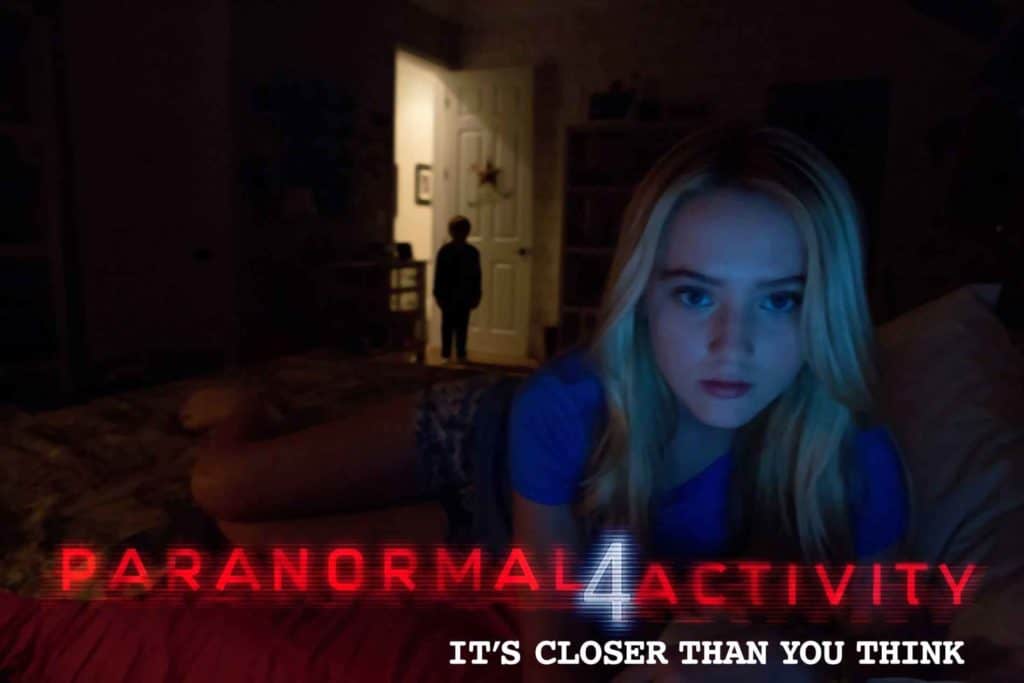 A new family is about to fall prey to nighttime terrors. The 4th in a series that had already overstayed its welcome but didn’t seem to care. Offering absolutely nothing fresh, fun, interesting or scary, it’s an absolute chore to sit through. 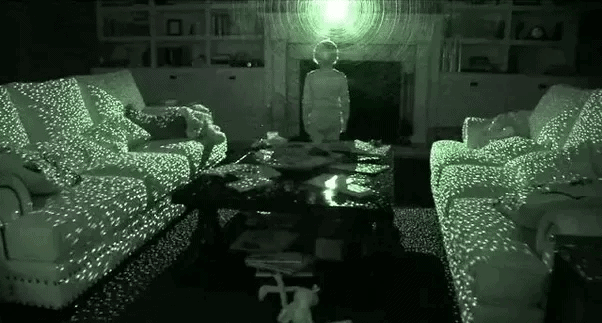 “Simply put, Paranormal Activity 4 is an incredibly lazy rehash of the series so far. A pointless watch that can be easily skipped over by fans of the series.”

A professor leads a film crew to the Arctic Circle to prove that author Mary Shelley’s tale of Frankenstein is true. An absurd & boring story with horrible characters & sub-standard acting. By time the credits roll you’ll barely remember anything except the “fuck you” ending. 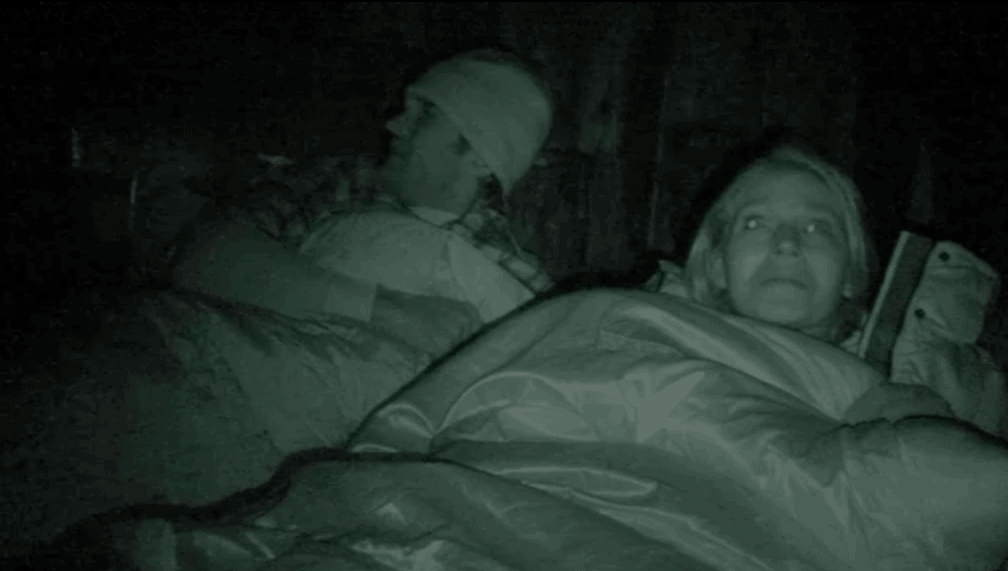 “Watching The Frankenstein Theory was one of the most enraging movie experiences ever. Utterly stupid, devoid of sense & logic with a payoff that is so insulting the creators might as well have ended it with a massive middle finger appearing on screen.”

So what ones do you think we should have included? Is your worst one missing from this list? Or do you think we’ve got it completely wrong on one of these films?