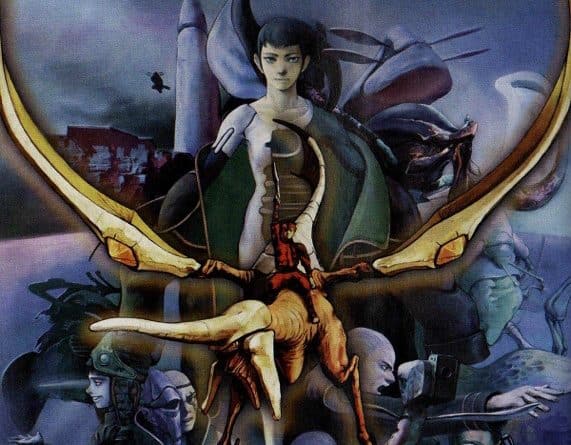 Sequels…where would gaming be without them? The sign of a successful franchise is the number of sequels it has…The next Halo game will be Halo 5, not including spin-offs, Resident Evil 6, Forza Motorsport 5 & Gran Turismo 6 are but a few other well established series’ that just keep on putting sequels out there, regardless of quality.

There are also plenty of games that just didn’t need a sequel & are worse off for it or are basically just roster updates with minor game play changes (I’m looking at you – sport games!).

However there are plenty of games that not only deserved a sequel but would actually be improved by it. Games that took their faltering first steps before falling down will have learnt how to walk & be in positions to (hopefully) improve & fix many of the previous games flaws.

These are the 10 that I think need a sequel even though they probably won’t get one! 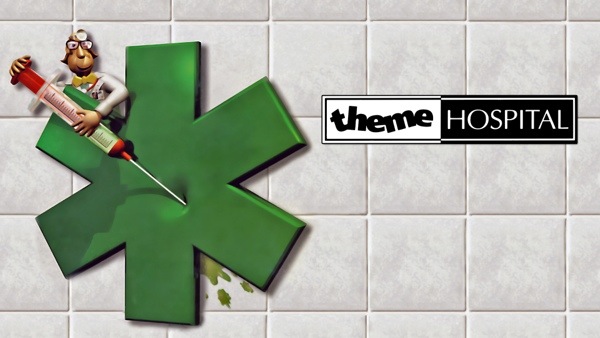 Looking after a hospital should never have been this much fun but it was. Looking its age now even with minor updates when ported to other formats a sequel running on today’s kind of systems would be amazing. As fun as Theme Hospital was it was far to easy & didn’t have enough variety in how things could go wrong. Imagine the possibilities of having hospitals across multiple floors, whose design both inside & outside was open to your imagination. A 1st person mode could be included (similar to Theme Park World’s basic offering) allowing you walk the halls of you hospital & interact with your staff & patients.

I doubt this is ever going to happen though. 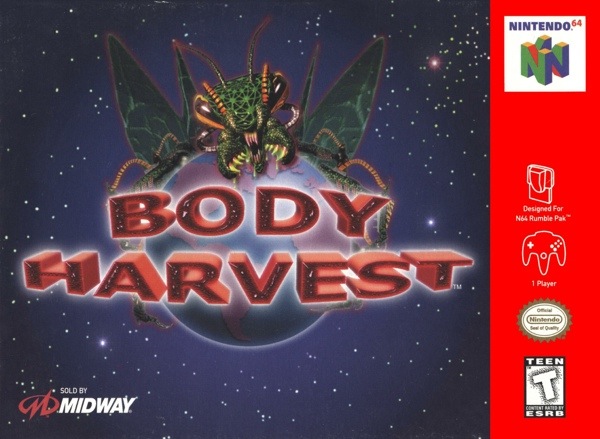 One of the first open-world games I ever played – set across 5 time-zones as you battle evil aliens who wish to harvest humanity. Other then being rock-hard with many timed events, Body Harvest was a real surprise thanks to the level of freedom given. Explore the large map area at your own leisure, rescue civilians, complete missions, drive vehicles & fight aliens.

Since its release on the N64 open-world games have come a long way so much more could be done then ever previous. For starters the size of the map area would be a great start. More variety in vehicles & enemy types. Better & more rewarding missions & more time zones to travel too.

Sadly this is unlikely to happen as Body Harvest wasn’t exactly a successful game when first released & sandbox games have reached heights that it would take a tremendous budget to make a sequel on the scale that I would want. 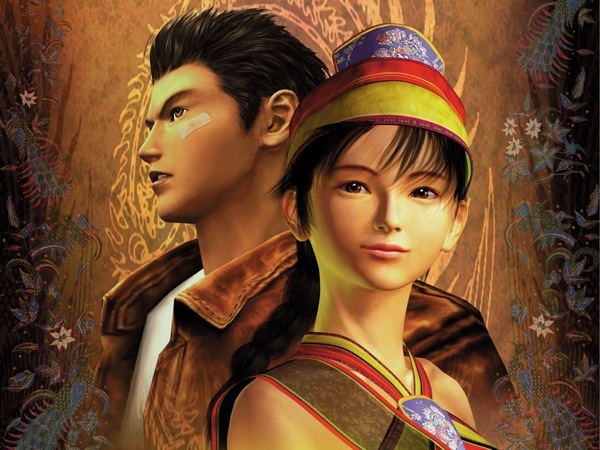 That we may never get to see the conclusion of this amazing game is a disgrace & stinks of bitterness because of Shenmue’s initial poor sales.

Shenmue 2 was so much bigger then the original….how could the 3rd not be bigger & better!? A new city to explore, more freedom & set over a longer period of time?

Pull your finger out SEGA! 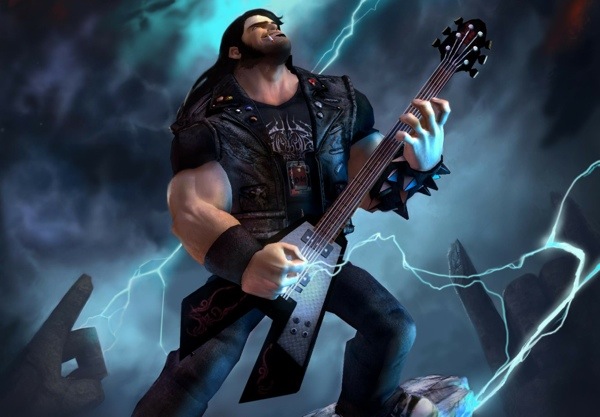 Double Fines ambitious heavy metal action/adventure/strategy game is one of my favourite games on the X-Box 360. Sadly its lack of sales & narrow market aim mean it isn’t thought of as fondly as it should be. I think a sequel could change that…

Brutal Legend was ambitious but it didn’t push far enough. The world was great to explore but was relatively small & linear. A sequel could double the size of the world & add more things for you to see, more references to great metal moments. Don’t abandon the strategy elements but make them easier to understand. Oh & keep the killer soundtrack but make it even longer!

Never say never with Brutal Legend as Double Fine actually planned to make it once. 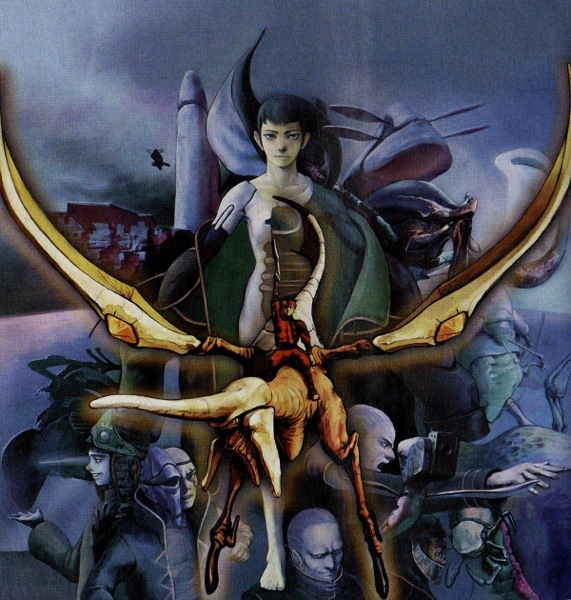 When people talk about great RPG’s they never seem to mention Panzer Dragoon Saga simply because its a forgotten gem buried alongside the failed Sega Saturn. Now Saga is actually the 3rd in a series but the ones that preceded it did not have RPG elements so as far as I’m concerned its a title that needs a sequel on its own.

A mix of free-roaming exploration & dragon combat, it’s a game that was miles ahead of what was coming out on the Saturn at the time but was held back by the limitations of the console. Imagine what could be done now? That mix of dragon combat & RPG exploration, battles & levelling up is unique & with the right story could easily rival Final Fantasy.

It’s seemed unlikely to happen ever as the original source code was said to be lost but in 2009 GameTap claimed to have the rights but didn’t think demand was high enough. 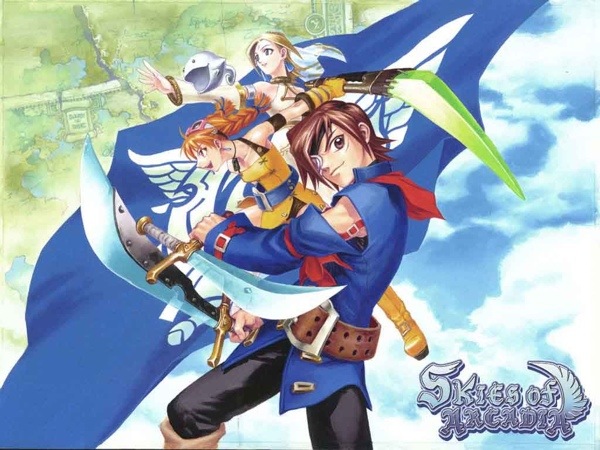 One of the most under-rated RPG’s to have ever been released Skies of Arcadia came up with a fresh & extremely interesting take on the genre. Set in a Jules-Verne inspired world on floating lands Skies sees you play a young air-pirate who gets mixed up in a plot to revive ancient beings intent on destroying the world.

There is huge emphasis on exploration & most combat takes place on the ship or in dungeons. The re-released Legends version on the GameCube added even more content such as most wanted characters that, when found, became boss battles, many more discoveries & an additional enemy character that reappears throughout.

A 2nd story set in the same land but many years later would be an excellent idea. It could even take on the RPG styles of Dragon Age to shake things up a bit.

I very much doubt we will ever see this & I more confident that a HD redo of the original will be more likely. 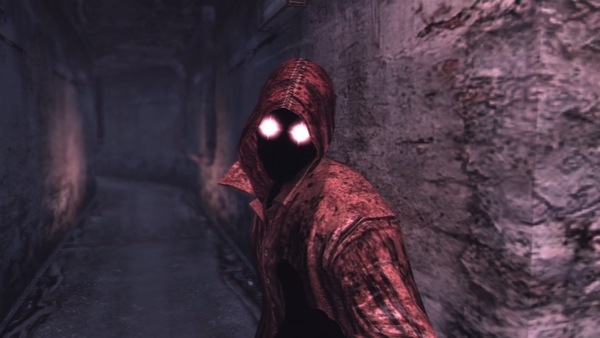 This is a bit of a difficult one for me; you see the uniqueness of Deadly Premonition would be lost with any potential sequel. On the other hand to never get a chance to spend more time with York & Zach leaves me a little short of breath.

Deadly Premonition is my favourite game on the X-Box 360 & in my top 5 games of all time. It means a hell of a lot to me & a sequel would have to take what we got & make it bigger.

More emphasis on exploring, add a bit of crime solving & detective work like L.A. Noire & already we have a more fleshed out game. Add in better controls for driving & expand upon many side-quests. The random nature of those quests was one of the highlights so the wackier the better….

It really could be something special & it’s something I strongly believe we might get one day. 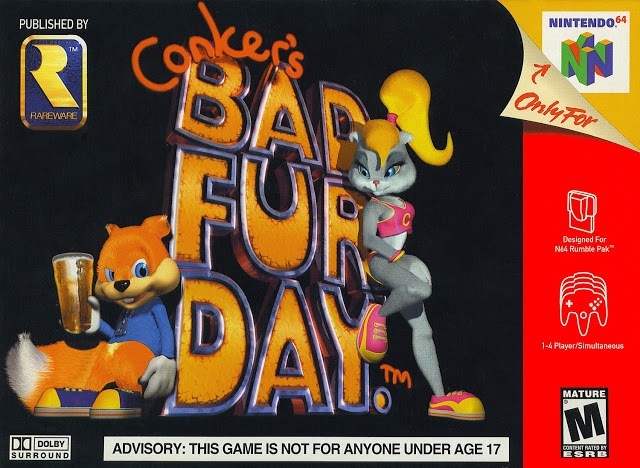 Starring an alcoholic foul-mouthed squirrel that goes on a bender & wakes up the next day with the worst hangover ever. Conker’s Bad Fur Day continued Rare’s once extremely strong game offerings. Aimed squarely at the adult market even though it was brightly coloured & had Banjo-Kazooie-esqe music, Conker was a real surprise to anyone who played it.

A sequel to the excellent Conkers was actually planned once upon a time & was going to be called Conker’s Other Bad Day but it was ultimately cancelled. Other then the touched up version for the original X-Box we haven’t seen any sign of Conker since.

Since then we’ve since huge advancements in consoles & the limitations that existed with Bad Fur Day would be easily surpassed. One of the few criticisms levelled at Conker was its liner game play & overall shortness, these are things that easily be expanded upon & a more free-roaming world be made available.

Sadly its adult nature (even Microsoft censored some of the touched up version) & the mess that Rare is in nowadays pretty much guarantee that we are never going to see a sequel. 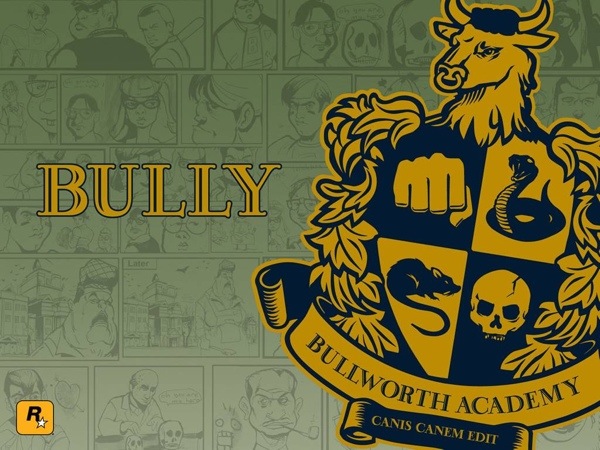 Bully is very special to me as it is the first game I completed (all achievements) on the X-Box 360.

Taking its cues form other Rockstar games albeit on a much smaller scale, Bully puts you in the role of a young boy with behavioural issues starting at his new boarding school, Bullworth Academy. The game is a sandbox game where the school & local town are free for you to roam (as long as your wise about curfew).

One of the most interesting things about Bully was the chance to take part in classes with varying difficult mini-games offering game play upgrades for completing them.

A sequel could only get bigger & better, the school is far too small & what you can do is limited. The idea of seasons & terms is excellent but I would like to see that expanded over a longer period of time, years even.

Is this likely? Never say never…I think what holds it back is the controversy that surrounded the original. 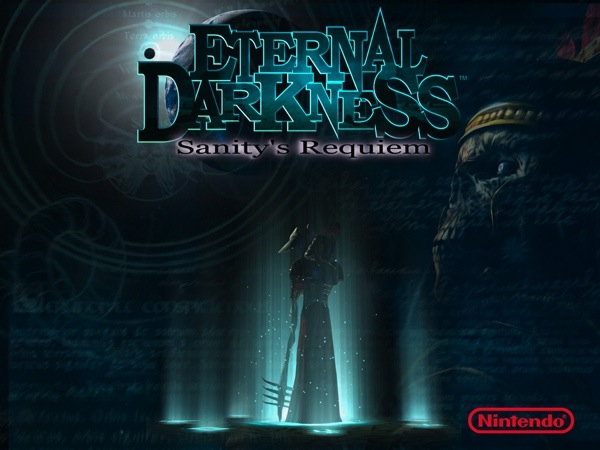 I’ve chosen this game as the number 1 because of the potential for sequels.

Now there is something in the works already with a kick-starter campaign that should see an 8-10 hour game appear, although dumbed down from an earlier campaign that would have seen episodic releases (a great idea by the way).

The entire concept for Eternal Darkness is so open for multiple stories. Set across time, telling stories from multiple angles with elements of H.P. Lovecraft there are many directions & paths that can be taken. That is why an episodic tale would be an excellent idea with 1 episode being 1 person’s story.

One of the most unique things in Eternal Darkness was the sanity meter that would drop as the character came up against monsters & witnessed disturbing events. It made strange things occur that got worse as the meter dropped lower…such as the volume turning down on the TV, whispers being heard & hallucinations occurring regularly.

Imagine what could be crated with the capabilities of modern consoles? Ultimately what I want from an Eternal Darkness sequel though is more imagery & a less feeling of emptiness. In it you occasionally visit a huge city that should have monsters roaming the streets, suffering in the windows…kind of like hell. Instead its just…empty…imagine it teaming with life & allowing you explore at your own will & risk….