I put around 6 weeks into the free-to-play game, Star Wars: Galactic Defence & didn’t spend a single penny of real money on it. Unlike most free-to-play games I wanted to until something happened…

How you feel about tower defence games will no doubt have some influence on how you feel about this game off the bat. Me personally…I like them & have played many a good one but I had never played a free-to-play one. I was interested to see if it was any good & I was pleasantly surprised.

Firstly…the music. I’m a Star Wars fan so hearing that music will always put a smile on my face. Secondly…the choice, light or dark side. You can chose to play as the Jedi or the Sith. I had hoped for more variation between the 2 but the differences are made up of:

It’s not much but it adds some much needed longevity to the game.

So the point of the game is to defend your base from the invading enemies. Your base has 20 health points that will drop as enemies pass through with some scoring double & bosses scoring much higher. 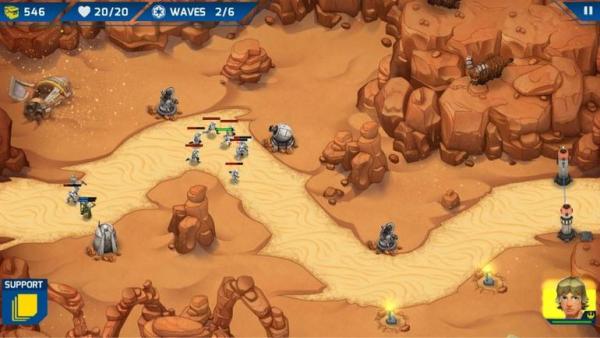 To stop them you have to set up weapons along their path using limited resources. The weapon choices are limited as well but all are upgradeable as more resources become available. 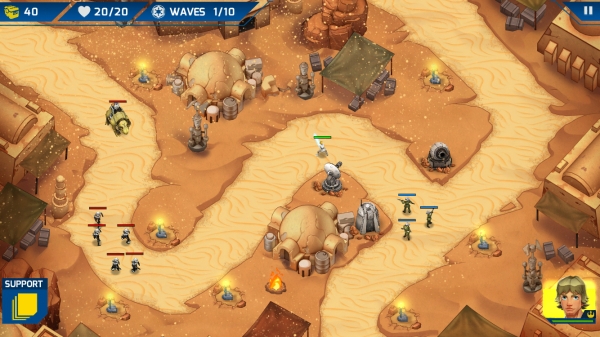 As enemies are killed more resources become available so it becomes all about balance. Survive the first few enemy waves & the resources will be following in allowing you to really up your defences. As enemies become tougher & arrive more frequently it becomes a much more desperate battle to stop them crossing into your base. Lose all your bases health points & its game over. 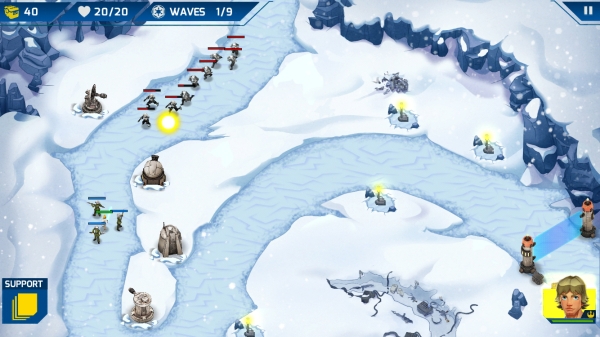 There are a few things that can help though & this is where the currency comes in play. Before you start a mission you can select a hero to come with you. These guys are active on the battlefield & will automatically attack enemies as they come. You can have up to three at one time on the battlefield but only the first is actually free.

Any additional will have to paid for with the games currency which comes in the form of galactic credits. To gain an additional champion you have to send recruitment pods…10,000 credits will launch a carbonite pod & 30,000 credits will launch a durasteel pod. The difference between the 2 is the quality & rarity of your potential champion as well as a higher level cap.

To give you some kind of idea of just how much a durasteel pod costs…when you first start the game as a new player you have 5000 galactic credits.

Oh & let’s not forget that to unlock the next champion slot costs 20 gems as well so that’s another £1.49.

So what, you don’t have to use them to beat a level, right?

Wrong…at first you’ll be coasting by easily enough but the game quickly gets tough. By the second planet you will be forced to use the support cards if you want to gain anything above a 1-star rating. The stars matter because this is how you unlock the next planet of which there are loads! 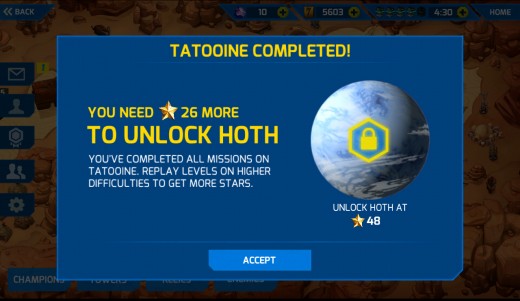 Your credits are spent super-quick this way & the only way to gain credits in-game is to beat levels. You get a small number for beating a level as well as a random prize. Don’t get excited…9 times out of 10 you get a small amount of bonus credits (rarely over 100).

Can you see the problem? Unable to progress without support cards, wanting new champions to back up your battlefield…you’re going to have to spend real money or prepare to waste a lot of time.

The thing is it’s almost worth dropping a little bit of cash into it as it is addictive & fun. I wanted to progress to the next planet without buying my way there. I would recommend that maybe you spend a couple of quid on it to help your enjoyment of it. I would recommend this except for something that happened to me in the game that amounted to theft.

Let me explain…I had been struggling to get past the last level of Endor with the light side. The amount of enemies thrown at me followed by the eventual boss, The Emperor is crazy. I tried & failed several times so spent about a week replaying other levels to gain enough credits to buy lots of different support cards. I used almost all of them throughout the mission & just before the Emperor fell to my attacks…the game crashed.

This has happened before & I’ve shrugged it off even though your progress in that level isn’t saved & you’ll have to do it again. So I loaded the game back up to play the level again & discovered that even though it hadn’t saved my level progress it had saved my usage of all my support cards. That’s right…everything I had spent a week saving up for was gone in a flash. I was spitting mad & I hadn’t even paid real money for it…

Imagine spending £5 on lots of support cards, using them, having the level crash halfway through it & all that money being wasted? That is just theft… 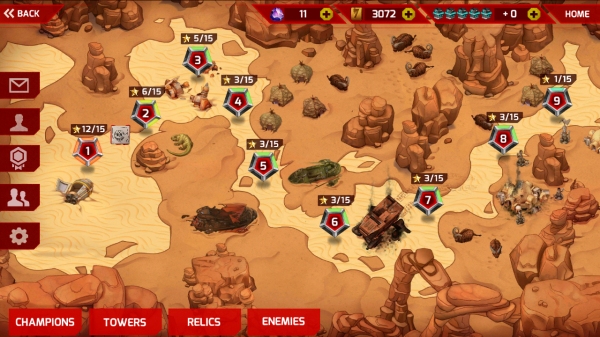 This would have been a 7/10 easily if it wasn’t for the great support card theft. The game crashes too frequently for it to be acceptable. The game is fun with plenty to do & feels authentically Star Wars. One of the better free-to-play games out there.