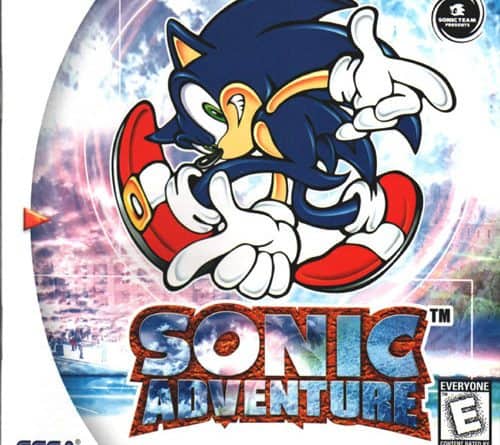 Sonic Adventure was a hugely anticipated title as it would be the first time Sonic was in a fully 3D title.

Players get the chance to control not just Sonic but Tails, Knuckles, Amy, Big the Cat & E-102 Gamma (a robot turned good). Each’s story is intertwined with each other’s as they attempt to defeat Dr Eggman, an ancient being called Chaos & recover the missing Emeralds. 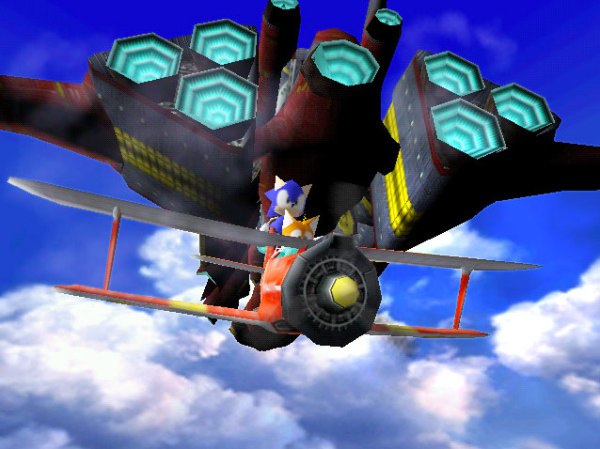 Set on Angel island which floats high above Earth…an ancient being known as Chaos has been trapped inside the Master Island for thousands of years having destroyed Angel Island & most of Knuckles original race. Dr Robotnik…sorry, I mean Dr Eggman frees Chaos & in the process destroys the Master Emerald which forces Angel Island to crash into the sea below scattering the remaining shards & 7 Chaos Emeralds all over the world. 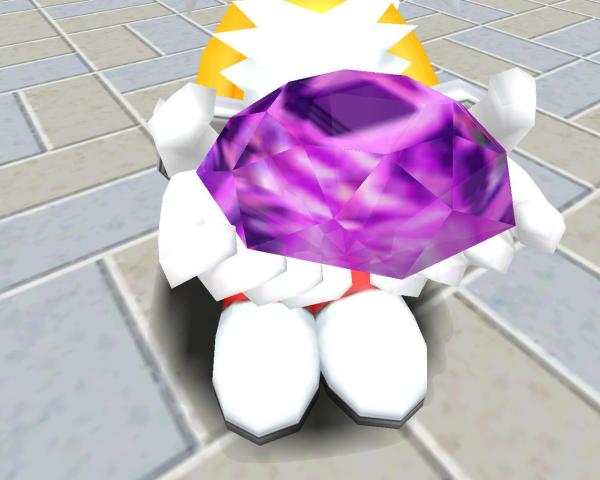 Knuckles sets off to recover the missing pieces while on Earth in Station Square Sonic does battle with the newly released Chaos who is attacking the police. After defeating it temporarily Sonic witnesses Tails crashing in his plane & sets off to rescue him. Once rescued they set off together only to be confronted by Dr Eggman who reveals that his plan is to get all the Chaos Emeralds, use them to power Chaos up & then destroy Station Square & build his own city on the ruins.

It’s up to Sonic & all his friends to stop Eggman & Chaos. 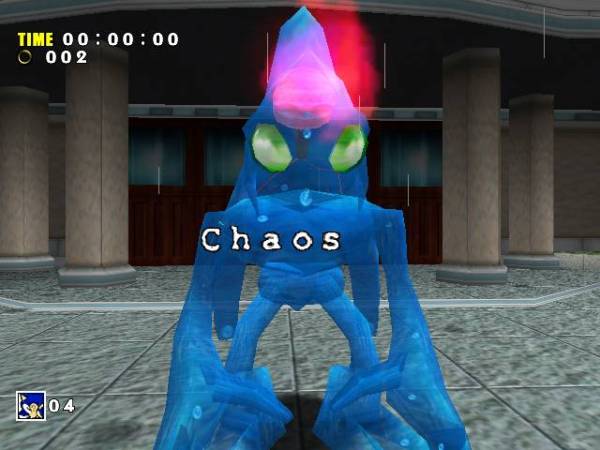 The story set out in Sonic Adventure deserves praise although it is hardly the most unique Sonic idea. Chaos is an interesting enemy especially as his form changes throughout the many battles you have with him. The final battle with Perfect Chaos is incredible. 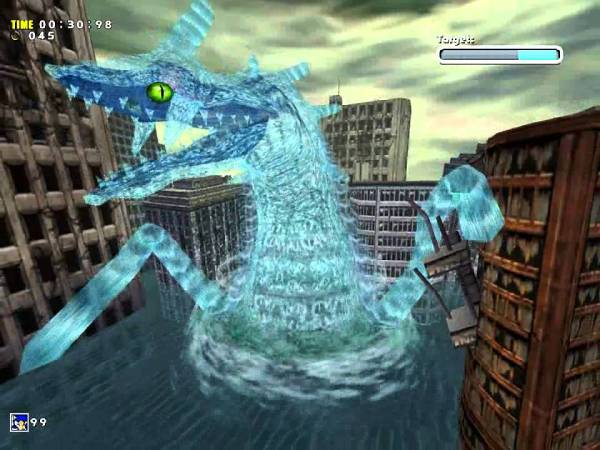 There are 2 game modes…adventure & trial. Each characters adventure sees them having to complete different goals. Sonic is all about speed & reaching the end of a level, Tails is a race against Sonic (using his brief flying ability to gain an advantage), Knuckles is about finding 3 Emerald shards, Amy’s has to escape the clutches of an Eggman robot, E-102 uses its laser to fight his its way through the level to the goal & Big…he ….fishes for his friend, Froggy. 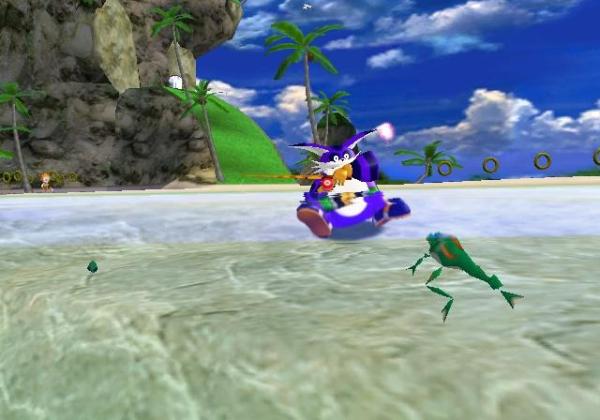 Players can earn emblems by completing action stages (3 to collect in each stage by completing different objectives), finding them hidden throughout the adventure field, completing sub-games & by winning Chao races. 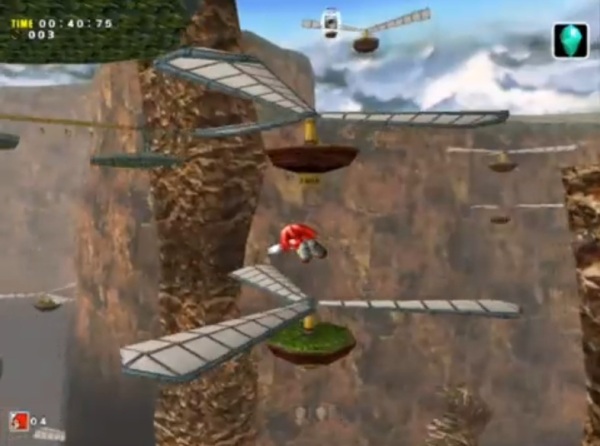 This final one is anther addition to the game…finding Chao gardens. Inside are Chao’s…a virtual pet that can be looked after & raised. This was one of the major selling points of SEGA’s VMU with the Chao becoming like a Tamagotchi. It was a cool addition that lost its sparkle quickly (SEGA was really late to the party & Tamagotchi’s had become yesterday’s news). 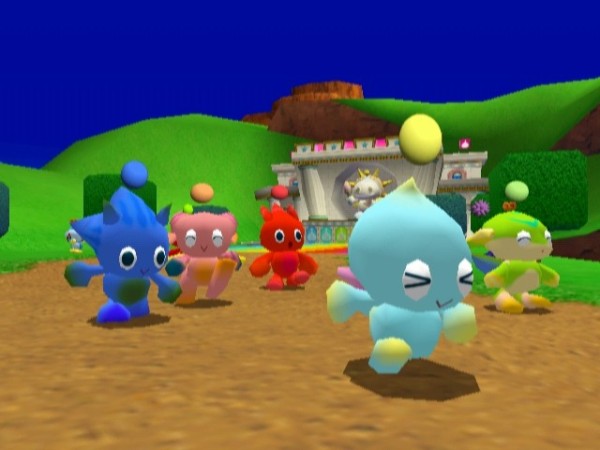 There is a wealth of content on show & completing everyone’s story to 100% & collecting all emblems will take you many hours. Unfortunately the only stories that have any real substance are Sonic & Knuckles.

Playing as Amy is hazardous to your health & her accompanying music will make you want to mute your TV. When did Amy become so stalker-ish? Tails has some nice variation thanks to his flying ability but his stages mostly mimic Sonics. E-102 Gamma was a nice addition but controls horribly & the worst of the bunch is Big the Cat. What the hell was the point of this guy? He acts like he has been dropped on his head way to many times & his few action stages involve him having to fish in one of the most frustrating mini-games ever. I hated this guy & hated his stages! 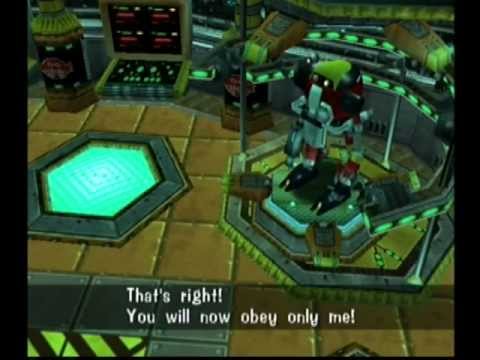 Ultimately the game is all about Sonic & Knuckles & they have some of the best Sonic stages to date. This was a chance for the Dreamcast to show off what it could do & in Sonics first stage it really does with a still impressive Killer Whale chase. Further levels vary things up & you’ll not often find yourself bored. The Sonic stages are hurt by one thing…camera. 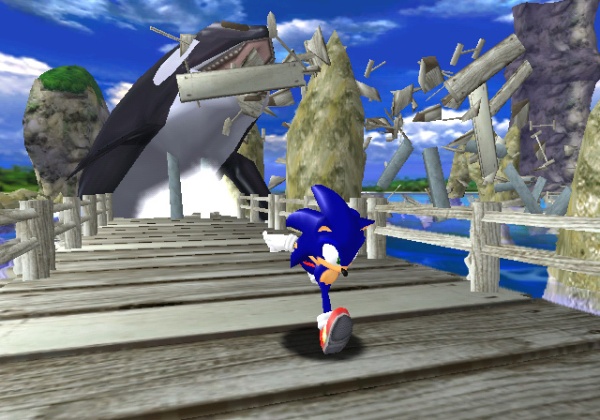 It was always going to be an issue moving the speedy hedgehog into the 3D & for the most part SEGA did a good job with the controls. Sonic feels fast but you don’t feel like you’re not in control most of the time. You’ll find you slam into walls a lot but it’s often because the camera has decided to swing wildly around or it will get stuck under something forcing you into a difficult position. Some later levels involve a little bit too much platforming for a Sonic game & the camera just can’t handle it.

This camera also hurts Knuckles as his levels are more free-roaming as he hunts down Master Emerald shards using a hot/cold system. It’s a nice change of pace to the speedier levels of Sonic & you can see some areas from a different perspective as Knuckles can glide & climb walls using his fists. 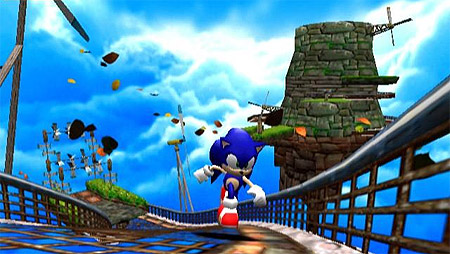 More praise has to be given on for the impressive boss battles…plenty of variation with plenty of room to make mistakes & learn from them. Chaos is a regular in different forms, Dr Eggman is another & you even get a classic Sonic vs Knuckles moment!

I haven’t mentioned the graphics for a particular reason as I’m reviewing it from a modern stand-point. Now the graphics look dated but at the time they were amazing. The detail in action levels is great but not so much in the adventure field. In fact, the adventure field feels far too empty & the human characters you meet seem soulless. The forest area is an ugly looking section with blocky trees & sharp edges but Dr Eggman’s ship is impressively futuristic looking. 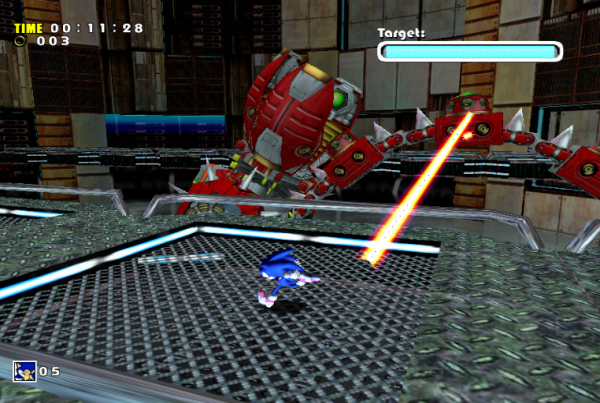 Nowadays there are 2 camps regarding Sonic Adventure…those who think it is still the last great Sonic game & those that think it failed to capture gamers imagination in the way Super Mario 64 did.

Me? I think a bit of both applies. 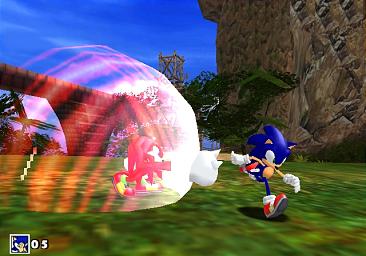 Not necessarily the last great Sonic game as Sonic Generations really made efforts (even though it mostly remade levels from previous games) but definitely not able to capture gamers imagination in the same way as Super Mario 64. How could it though? Sonic has never seemed quite right in 3D… 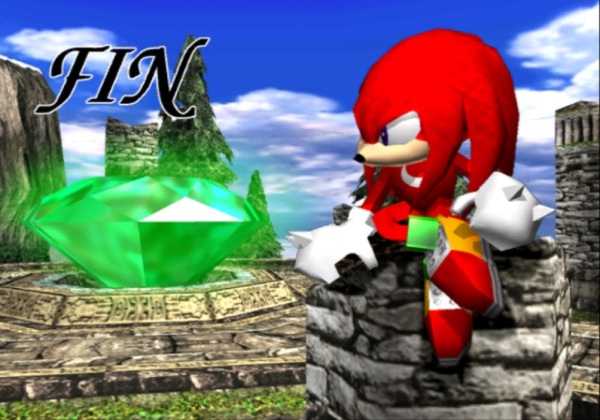