Archaeologist is a prog rock/metal band from the CA Bay Area, initially conceived as a bedroom solo project, which has now grown into a fully collaborative four-man group.  They’re releasing a two-part single called “Winter’s Wake” on December 6th, alongside a full 12-minute video which puts both parts together as one.  Scott Carstairs (of Bay Area tech-death legends Fallujah) and Wes Thrailkill (incredible San Diego prog-fusion guitarist) make guest appearances on the 1st and 2nd parts respectively. 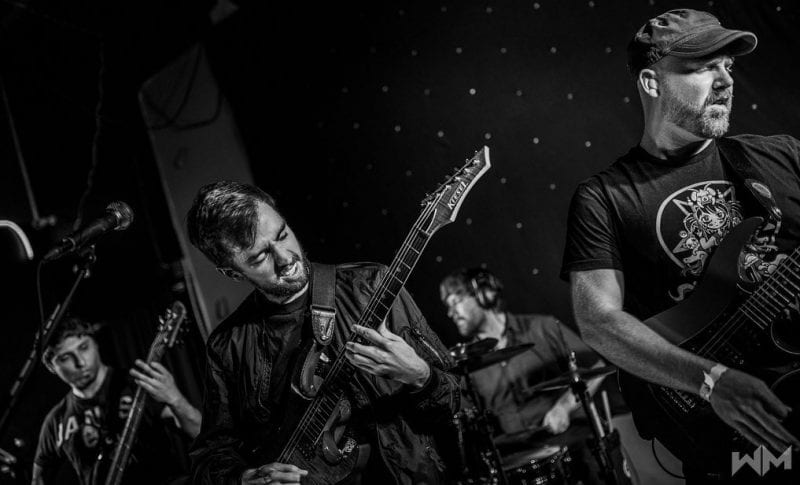 The idea of putting the two tracks together for the video on December 6th makes sense once you’ve heard both parts of Winter’s Wake. Separate enough to stand alone but not a complete departure from each other either. Both tracks are impressive slabs of progressive metal, complexities layered throughout and led by a crystal clear set of vocals.

It’s that which leads us into Part I, a very mellow and relaxing start. The hit of guitars and drums adding some heaviness to things before a brief burst of aggression keeps things on their toes. The ending and lead in to Part II is pretty damn great. Especially as the guitar melody of Part II is upbeat and fun and the rhythm throughout is constantly exciting.

Looking at the two individually, it’s Part II that is better but both tracks really should be heard as a one complete thing to really get the full Archaeologist Winter’s Wake experience. An experience well worth having as what they’ve produced here shows a band aware of what modern progressive metal can be and also when to say ‘enough is enough’.