Midlands metallers, Left For Red, have been causing a ruckus on the scene for some time now. The critically acclaimed 5 piece from Stourbridge will this year be celebrating 10 years together with the release of their brand new album, ‘Human Complex’. 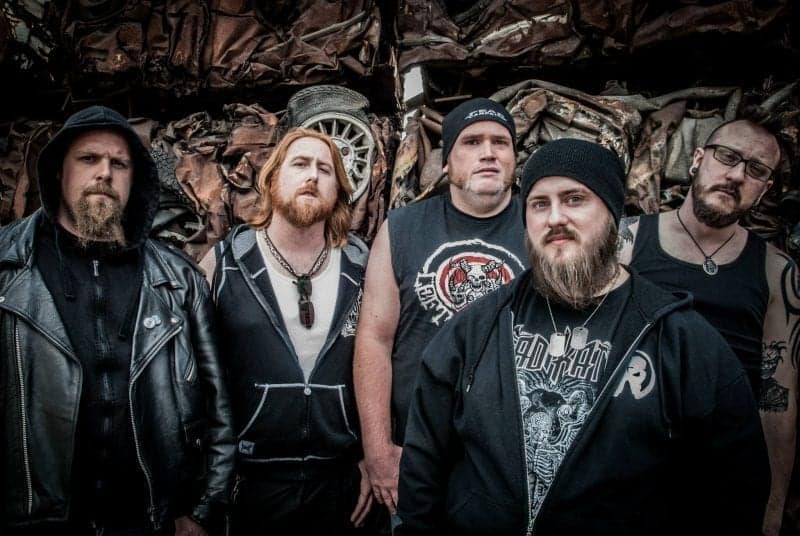 Human Complex is a play on words, of the phrase “god complex”. The concept that the band had was to explore the human psyche, with a focus on why people can be so arrogant and careless with their actions, and the effects they have on themselves and others. Each song concentrates on an emotion, decision or belief such as love, hate, jealousy and regret. It also highlights the effects that mental health can have on the human brain’s ability to make an informed decision.

‘Human Complex’ was recorded, mixed and mastered by Tom Gittins of Monochrome Productions and the artwork was created by Andy Pilkington of Very Metal Art.

Left For Red have said: “We are ecstatic to finally unveil what we have been working on for what seems like an age now. We are so proud of Human Complex and we can’t wait for you to hear it!”

We’ve actually had a bit of a taster for a while now in the form of Tame the Tides, a track that will really whet the appetite for the new album. Chunky-ass groove, meaty metal riffs and powerful set of vocals. It’s an absolute treat that demands you bang your head as hard as possible. The playoff of the guitars and drums is outstanding but it’s the drop into almost nothing but the vocals that stands out. Stands out because when it comes back in, it comes with force.

If Human Complex is even half as good as this track, we’re looking at an album of the year contender.

Tame the Tides by Left for Red (Human Complex)