Avenged Sevenfold released a new single today called Retrovertigo. Retrovertigo is a cover, originally recorded by Mr Bungle back in 1999. It featured on their “California” album.

Avenged Sevenfold have previously stated they were long time admirers of Mr Bungle. Mr Bungle are an experimental rock group that formed in 1985, while the members were still in high school. They went on to have a pretty huge cult following, helped in part by their frontman being none other than Mike Patton (Faith No More).

Avenged Sevenfold need no introduction. They are one of the biggest band’s in the metal world and have been pretty busy of late. We had a new album called The Stage at the end of 2016, which you can read our opinion of here. They were announced as main support to Metallica on their Worldwired tour and also had a run of headline dates across Europe and the UK. 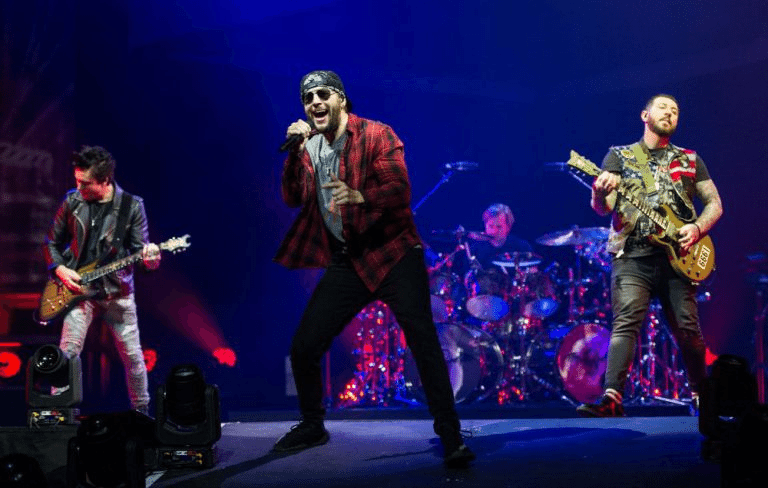 Now they have found a little more time to record a video and single for Retrovertigo. If you don’t know the original, you should check it out. It is quite a calm and introspective track looking at the constant recycling of trends and the band’s boredom with it all.

Being a cover, there can be no criticism or praise for the song itself. It is a great song but that is all on Mr Bungle. To be fair to Avenged Sevenfold, they do a decent job of covering it. They rock up the intro quite a bit with big drums crashes and a distorted guitar sound leading. Mr Bungle’s version doesn’t use any drums in the first parts of the song so it is a little odd listening to A7X and the off beat drum pattern they have inserted in the verse.

That aside though, M. Shadows does a good job on the vocals. The heavier drums and louder guitars are a nice touch near the end of the song, adding a little dollop of extra metal to a good rock song.

Check it out for yourself over at NME, where it premiered. You can also look more into Mr Bungle on their Facebook page. Of course you can also check out Avenged Sevenfold at their website, Facebook and Twitter too.

You can pick up more from Mr Bungle and Avenged Sevenfold at the links below.