Ozzy Osbourne is one of the most significant artists ever…not just in heavy metal & rock but in all of music. The man has been the vocalist of Black Sabbath for many years making them one of the most successful bands in the world. That success was also repeated in his solo work as well, a reality TV show about his unique family & some of the most infamous moments in history.

The man is a living legend but has been plagued by alcohol & drug addiction most of his life.

God Bless Ozzy Osbourne shines a light openly on the life of the man himself from his early days in Black Sabbath & the early struggles the band went through. Nowadays Black Sabbaths achievements are often over-looked because many musicians since then have taken their tricks & redone them over & over again but back then (1970’s) they were so different, so daring & so shocking.

This film goes into detail about his first marriage & his 2 children from that (how many people know that Ozzy has 5 kids?). Ozzy is not seen in a kind light here, he was a bad father to them, something they & he both acknowledge.

After his divorce he married his now wife, Sharon & had 3 kids with her…his career ended in Sabbath & he started on the path to his hugely successful solo career & the escalation of his drinking/drugs problems. Ozzy will be the first to talk about his many demons & this film really shows just how much of his life has been dominated by them. 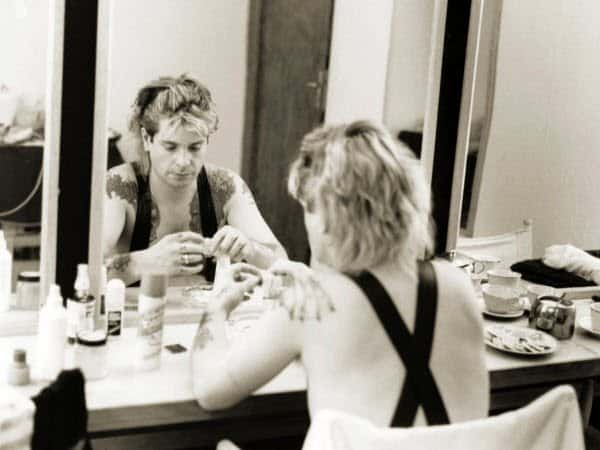 There is no hiding throughout the movie & it really showcases Ozzy’s insecurities. It is impossible to believe that Ozzy Osbourne suffers such problems & that he has thought for a very long time that he is a bad singer. It is these moments that really hit you the hardest, an icon like him bearing his soul for everyone to see & it’s what makes the movie so compelling to watch.

We also get interviews with many of his family, friends & peers like Tommy Lee, Geezer Butler & Paul McCartney. Each has stories & anecdotes to share but all hold one thing in common, their love of the man himself.

Ozzy’s declaration that he won’t stop & that he will probably die on stage is a real eye-opener & by the end it’s impossible to deny that the man lives & breathes his music & the live show. Watching his pre-show ritual & post-show comedown is intense.

If I have one criticism is that the movie is basically a love letter to Ozzy & you can find this stuff & more in his auto-biography. If you’re a fan of Ozzy you will know a lot of this already & you wouldn’t come away with much more additional knowledge.

Still…it will remind you of just how much of a legend he is & how much worse the world of rock & metal will be without him.