You know those movies where you read the synopsis and think, well that doesn’t sound so bad. Usually you’ve never even heard of the movie but then you remember that there are a lot of great movies in the world that don’t get much recognition. For me, TREEHOUSE was one of those films so the next question has to be, how did it do?

The story begins with a double kidnapping. Early scenes show the character Elizabeth looking for her younger brother, Little Bob. Instead of her brother, Elizabeth finds a strange character on her isolated ranch; she gives chase but ends up losing the mysterious figure. Then, the film transitions to new characters and settings. 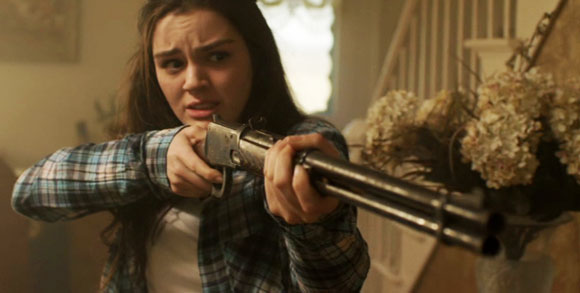 Brothers Killian (J. Michael Trautmann) and Crawford (Daniel Fredrick) are out in the woods for a night of fun. While waiting for their friends they accidentally stumble upon a creepy looking tree house up a very tall tree. I’m sure you’ve already guessed, they climb up into the tree house and search inside.

The two brothers find Elizabeth frightened and wounded. After treading in broken glass, Elizabeth is unable to walk and if that wasn’t bad enough well she’s also diabetic and running out of time. Elizabeth explains that she is too terrified to leave the tree house as there are things in the woods that are just waiting for her to attempt to flee.

Eventually, they all agree to Crawford making a run for his motorbike in a desperate attempt to bring back help. Communication is lost with Crawford and without any way of knowing if his attempt was successful or not, Elizabeth and Killian continue to hide out in the tree house. 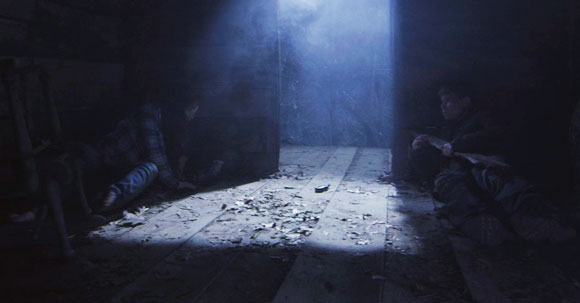 Elizabeth and Killian get to know each other while they wait which helps in developing their characters slightly. Afterwards, Elizabeth explains that the shadowy figures don’t seem to be able to climb but that there is a smaller one that does seem to be able to. The tree house is attacked but the figure doesn’t manage to find either of them because it doesn’t really bother to search.

Personally, I thought this was the strongest section of the film as it does a good job of building tension which is due to not really knowing much about the shadowed figures. The idea of being confined to a tree house while something watches and torments you in the trees from a distance, hoping that you get desperate enough to climb down is definitely creepy.

Elizabeth is running out of time so Killian devises a plan to keep the figures eyes locked on the treehouse while they attempt to escape. The plan works and after some more tense hiding scenes, the pair makes it to a nearby cottage where all is revealed….. 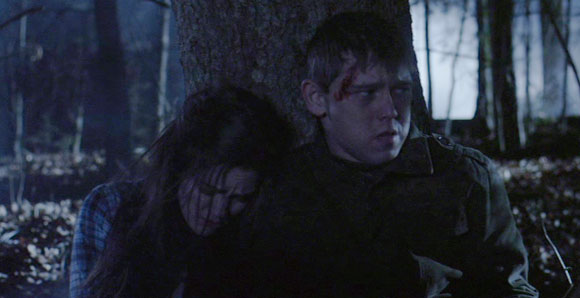 I won’t spoil what is revealed but I will say that I found it to be a huge disappointment and feel it destroys everything that made any scene in the film creepy. TREEHOUSE truly fails to capitalize on what could have been a great premise and instead throws it all away by giving us something very run of the mill. The first act shows a lot of promise and the film is smart to leave certain resolutions to plot points like Crawford’s whereabouts to later in movie. There is certainly something to be said about people who have accused the film of having a misleading title. For a movie called TREEHOUSE, you get the impression that the tree house has some kind of special significance to the unfolding events but ultimately it’s just a simple tree house and nothing more. In fact, at least half of the film is not even spent inside said tree house.

Although I did find the characters to be likeable I thought their interactions, especially those of Killian and Elizabeth to be really ridiculous. Almost immediately after meeting Killian, Elizabeth begins to refer to him as “baby bear” but he’s like a complete stranger to her, eh? Most of their conversations are quite awkward as Killian is quite reserved so you’ll be just as confused as I was when you see what happens with them at the end. 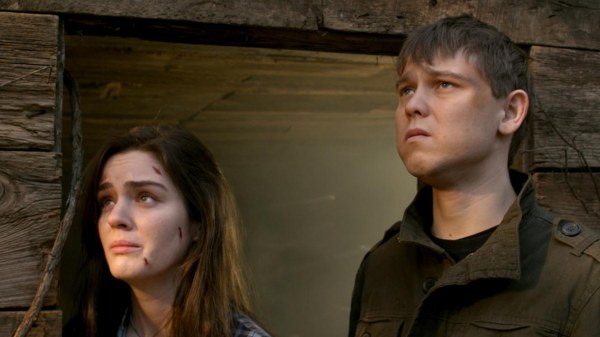 Talking of the end, it’s really and I mean really dumb. It’s a sequel-bait type ending which is a joke because there is no way we’ll ever see a sequel. Anyway, by that point I didn’t really care and found myself laughing at how absurd it had all become.

I will say that the actors did a good job with what they had and everything was shot and directed well but it’s all for nothing if your script sucks. That being said, I didn’t entirely hate the film so there is that I guess.

Movies like TREEHOUSE depend on the big reveal to be something that not only makes sense but for it to be something moderately interesting, instead it’s an epic fail. It’s so poor that re-watching this film would be pointless because it sucks so much life out of what I liked about it in the first place. Pile this on top of a huge lack of character development, an awful ending and just a disregard for some kind of coherent explanation and you have a huge pile of something else….