Up until recently the worst horror movie I’ve ever seen is the 2006 remake of The Wickerman starring internet darling, Nic Cage. Well no longer…

That the replacement would come from the same family & be directed by the original’s director is just unbelievable. The Wicker Tree is not a sequel to the original movie but is seen as a companion piece & should never be watched by anyone.

So the story goes like this…we have Beth, a pop singer with the voice of an angel & we have Steve, a cowboy with a mental deficiency…or at least that is how he comes across. They are both devout Christians & belong to a group known as the ‘Cowboys for Christ’ (as they are based in Texas). 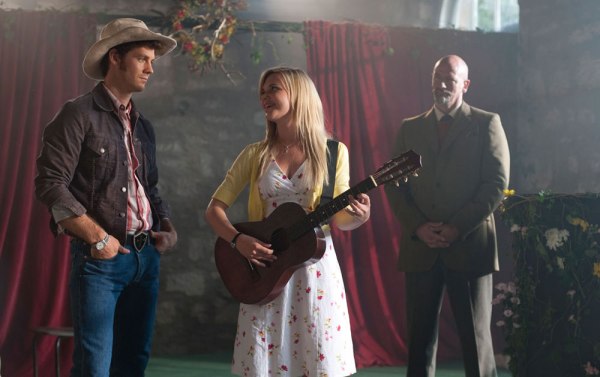 Beth & Steve are engaged to be married & both wear purity rings to signify that they are waiting to have sex until they are married. Together they travel to Scotland to spread the word of Christianity & save some souls along the way.

After arriving & not getting the reception they had hoped for they meet Sir Lachlan & his wife Delia who invite the duo back their small isolated village called Tressock to spread their word.

Happy to impressive Beth & Steve agree unaware of just what they are getting themselves into. The same can be said for the viewer…

The story is incredibly boring & nonsensical…you never get that feeling of isolation that this village needed to have to convince you that such an event could take place. There is no feeling of wonder as the bigger picture begins to appear & the big revelation is so gob-smackingly poor that you’ll just shake your head in disappointment.

Lines can be drawn between this movie & the first thanks to one scene, a flashback to when Sir Lachlan was a boy & you see that he was mentored by Christopher Lee’s character. The scene lasts 30 seconds & offers nothing except a Lee cameo.

The movie tries its hand at black comedy throughout but falls flat constantly. Most of this relates to the many sexual references throughout. It’s all tame stuff & often borders into silliness particularly during a couple getting it on & her words of passion needing sub-titles because of her accent.

Silliness is a word that kept coming to mind while I was watching The Wicker Tree (well truth be told it was more “this is fucking stupid” but you get my point). From the backstory showing Beth to be trailer-trash (the music video is hilarious) to the ease in which Steve throws away his relationship with Beth to the constant singing. It’s impossible to take this movie seriously especially when it seems like the actors aren’t themselves. 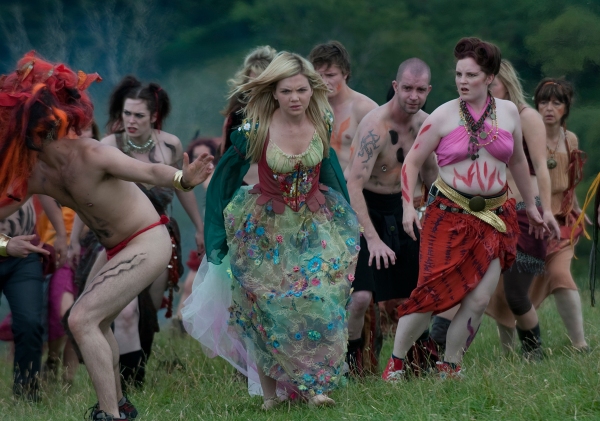 I mentioned it there briefly but one of the worst things about the movie is the music & the singing. It is enough to make you want to switch it off it is so incessant.

There is nothing to praise….the ending is rushed but you’ll be glad about that, the big reveal is not a reveal at all & character motivations pointless. The townspeople go to lengths to burn her at the tree, give up once she fights back but then have a child lead her to her death anyway….it’s infuriating to watch.