If you read my review of the first Pet Semetary then you’ll know that I consider it to be a very strong horror classic that holds up well. But, what’s this? A sequel you say. Pet Semetary II has little or no connection to the first movie other than being based in the same location (that looks completely different) and the odd mention of the Creed family here and there but that’s about it. It was not based on a book written by Stephen King; in fact it’s not based on a book at all and is seen by many as something of a cash-in on the first Pet Semetary’s success. With all that in mind, I went into the film not really remembering much so let’s have a look at Pet Semetary II and see how it holds up.

Following the accidental death of his mother, Renee, during production of her latest movie, thirteen-year-old Jeff Matthews (Edward Furlong) and his father, Chase, a veterinarian, move to Ludlow, Maine.

After helping his father set up his new veterinary practice, Jeff goes to school but it’s not long before he encounters a group of bullies who I swear must have wandered off the set of The Lost Boys. I’m not sure exactly how old the boys are meant to be but I’d guess around 12 or 13, that being said the leader of the bullies has very clear stubble and is obviously much older than the rest of them. 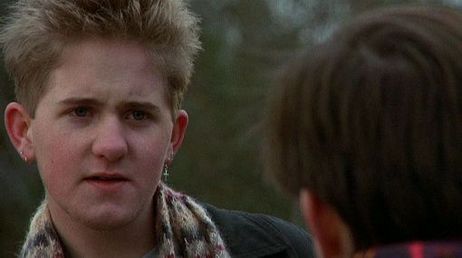 Anyway, the bullies insult Jeff’s dead mother, steal his kitten and are just generally not very nice to him. However, Jeff does make a new friend out of a boy named Drew who goes on to explain all about the Creed family and of course the Pet Semetary.

Drew has his own problems at home, in the shape of Gus Gilbert (Clancy Brown), his stepfather and the town sheriff. Gus and Drew don’t see eye to eye which leads to many confrontations and disagreements. One evening while Gus is attempting to get frisky with Drew’s mother, he is interrupted by the barking of Drew’s dog Zowie so he does the only rational thing he can think of, he shoots the damn thing. 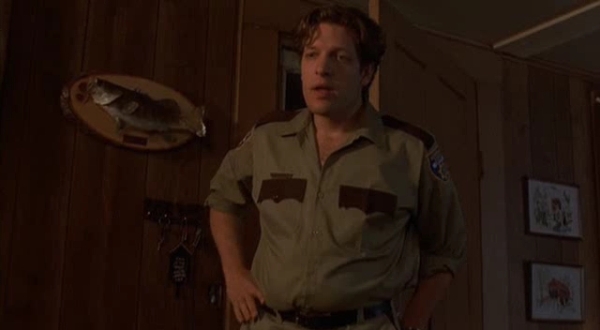 It’s at this point that I’d like to comment on the one thing that I felt destroyed almost every scene in this movie and that’s the music. I have no idea what they were thinking with the soundtrack but it goes from weird melodic songs that feel really out of place and awkward to rock music that just doesn’t fit with what’s happening on the screen. Whenever something dramatic happens, there is always some kind of weird guitar twang that was probably supposed to suggest something shocking was going down but only makes every scene hilarious. It’s as if the creators of the film didn’t want certain moments to be too horrific or something which makes no sense as it’s an 18 rated movie.

Jeff and Drew bury Zowie at the burial ground in an attempt to bring him back to life. The dog returns from the dead, but is unusually fierce, and his eyes have an unnatural glow to them even in daylight. Gus grounds Drew because he thinks he was lying when he said he only missed school was because he was burying Zowie. Zowie is treated for his gunshot wound by Chase, who finds that the wound is not healing and Zowie has no heartbeat. Chase sends a blood sample to a lab and learns that Zowie’s cells have completely deteriorated and are no different from those of a dead canine. 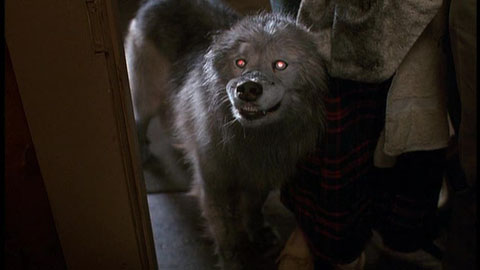 Jeff and Drew go to the pet cemetery on Halloween for a night of horror stories about the Creed murders when Gus comes looking for Drew and punches him. Before Gus can hit his stepson with one of the grave markers, Zowie rushes out of the shadows and kills him with a bite to the jugular. The boys bury Gus in the burial ground. Gus returns to life, but now exhibits stiff movements and treats Drew more fairly, but remains mostly silent and in a zombie-like state. Soon, he becomes more crude and sadistic; he rapes Drew’s mother and brutally skins his pet rabbits for supper. 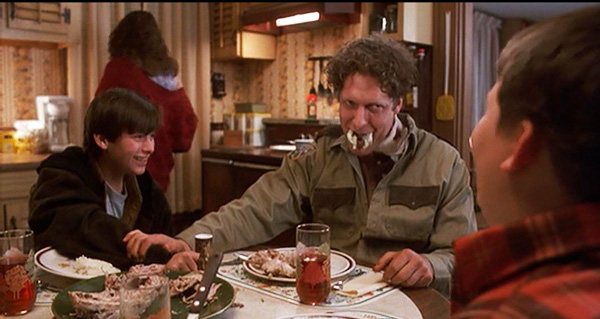 The Gus character is another problem I have with Pet Semetary II. Now don’t get me wrong, Clancy Brown is entertaining as Gus but he hams it up big time, it’s very over the top and this isn’t supposed to be a black comedy movie. Also, I feel there are many inconsistencies with the way Gus acts and how coherent he is compared to some of the previous characters brought back to life in the first film.

Zowie breaks out of the veterinary clinic and kills three cats before entering Chase’s home and attacking him. My least favourite character in the film has to be Chase, Jeff’s dad. He’s an awful father who never seems to know where Jeff is and consistently treats him like crap regardless of the fact that his mother just died horrifically. When Zowie attacks Chase there is a very strange scene in which Chase dreams that he is having sex with his ex-wife Renee when suddenly her head transforms into Zowie’s head, it’s unintentionally hilarious and a serious WTF moment.

Chase survives with an injured arm, but is shaken. The next day, Jeff encounters the school bully, Clyde Parker in a ditch. Clyde is about to cut off Jeff’s nose with the spokes of his own bike when Gus arrives. Gus orders Jeff to go home, and then kills Clyde with his motorcycle. Drew witnesses the killing. You see, this is one of those inconsistencies I was talking about. Why does Gus save Jeff? It just doesn’t make sense.

Gus, who has gone full wacko slasher villain traps Drew inside his house with Zowie, who has gone savage. Drew escapes through a window and gets in the car of his arriving mother. Gus chases them down the highway with his police car, killing them by forcing them to collide with a truck. Gus returns to Clyde’s corpse with a police shovel and body bag.

That night, Jeff becomes obsessed with the burial ground`s power and decides to reanimate his mother. He has Gus exhume her corpse, and meets him at the burial ground. Ugh, why is Gus helping Jeff do anything? It’s just stupid.

After finishing off Zowie and Gus, Chase arrives home and finds his son embracing his undead wife. He is unmoved by Renee and tries to warn Jeff to get away from her. Renee then asks Jeff to go downstairs so she and Chase can “talk”. An undead Clyde arrives armed with an axe and fights Jeff. Chase is knocked out, and Renee locks everyone in the attic and sets the place on fire. They all burned alive in the house together, the end.

Unfortunately that’s not actually how it ends. Before Clyde can kill him with an ice-skate, Jeff kills Clyde with a severed insulated cable, then uses his axe to chop down the attic door and grabs his unconscious father. Renee tries convincing Jeff to stay by muttering, “I love you”, but Jeff ignores her cries and pleas then leaves his mother to die in the flames. As Renee burns and melts, she screams out “Dead is better!” The next morning, Jeff and Chase leave Ludlow to start a new life in Los Angeles.

Quite simply, Pet Semetary II is a pointless sequel that is filled to the brim with issues and has very little redeeming factors. The characters as a whole are just plain stupid. The acting is really quite bland, well apart from Clancy Brown of course but that just didn’t fit and the story is plain backwards. The characters that die and come back to life have more personality as reanimated corpses than they did when they were alive, um what? There are a number of unanswered questions, like why the heck did Gus even reanimate Clyde? I could go on but I’ll save myself the pain.

I really am trying not to be too harsh on Pet Semetary II because in some ways it is an entertaining horror film that actually has some very good practical gore effects but still. I was wondering if it would be possible to see it as a standalone movie and not really compare it to the original but it does its best at telling the audience that it’s just that, a sequel. Does it fall into the so bad it’s good category? I’ll say maybe but that’s definitely something that would divide opinion.