Hollywood’s brief obsession with J-horror was like a flash fire, very hot & intensely bright but incredibly destructive & with a very short life-span. Hoping to tap into an audience wanting to be frightened but who were far too lazy to read subtitles they began remaking (or reimagining, maybe) some of the bigger J-horror titles. Dark Water was one such film…

Now let me preempt this review by suggesting that this American re-telling might not actually be such a bad film if you’ve never seen the original.

Starring Jennifer Connelly in a role that could have been played by anyone else & it wouldn’t have mattered while also shoe-horning plenty of memorable faces in random & often pointless roles (John C. Reilly, Pete Postlethwaite & Tim Roth). 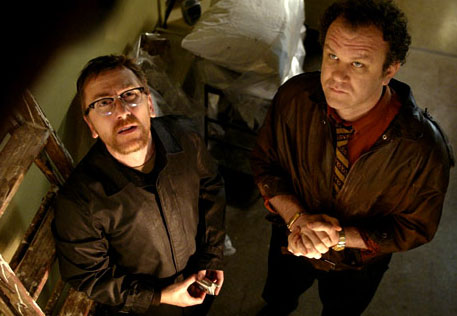 Dahlia is going through a tough mediation battle with her ex-husband, Kyle over their daughter, Cecilia. It’s not going well with both sides digging their heels in over the distance between where Kyle lives & where Dahlia wants to live. Kyle, furious that Dahlia is being awkward threatens to go for full custody. He also makes accusations about her mental health, something that will continue to dog her throughout this movie. 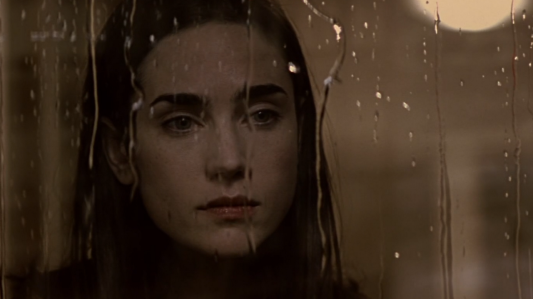 So Dahlia & Cecilia move into a rundown apartment that’s pretty close to the little girls new school. It’s not the nicest of places but is pretty cheap & after finding a Hello Kitty bag on the roof, Cecilia takes a real liking to the apartment.

It’s not long before a leak appears in the roof of their bedroom. Over the course of the film this gets worse & worse. Running feet can be heard in the flat above & strange things begin to crop up (such as a lock of dark hair coming out of the water tap & Cecila having an imaginary friend called Natasha). 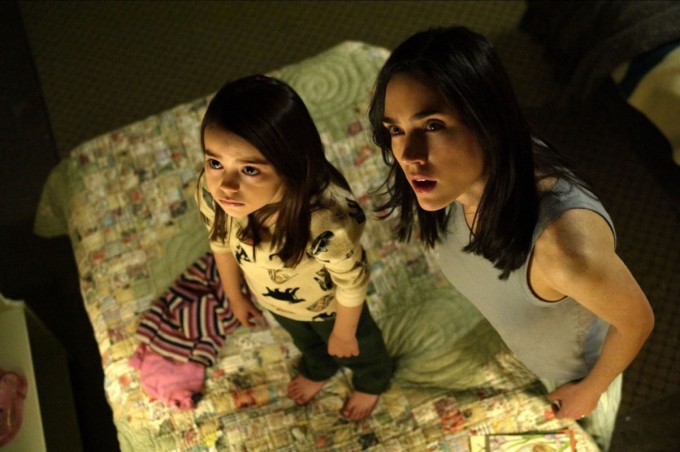 Events worsen & Cecila begins to have problems at school. All of this plus the ongoing battle with her ex-husband is really taking a toll on Dahlia. She is moving closer to a mental breakdown which would see Cecila taken away from her.

Just who is Natasha? Why won’t the leak stop & just what happened to the family that used to live above them?

It’s a sad tale but one that never elaborates on why either parent wouldn’t have got into contact with their daughter or why the school she attended never looked into her whereabouts. It’s very hard to just disappear and even harder if you’re a child.

So this event turns Natasha into a spirit that just wants to be loved. She sees Dahila as a potential mother who could love her. Exactly as it is in the original bar one major difference. In this Natasha is less of a malevolent spirit so elects little fear. The original played on the sympathetic story but was wise to show you that she was bitter & was willing to do anything to get her way. The mother less of a guest & more of a prisoner at the end.

Here it’s all a bit too nice, sure Natasha tries to drown Cecila at the end but it’s rushed & lacks threat. Part of the problem is that she just doesn’t look scary, she looks perfectly normal. I scoffed quite loudly when she is revealed inside the water tank looking pristine as if she had only just fallen in. Not a bit of rot or any signs of bloating…why? I’m convinced it was to avoid any controversial scenes that might affect who could see it.

It’s a common problem throughout…the movie is so tame. It has the odd jump scare here & there but they are seen coming a mile away. You know the score by now, eyes suddenly opening, someone coming up behind the lead etc. 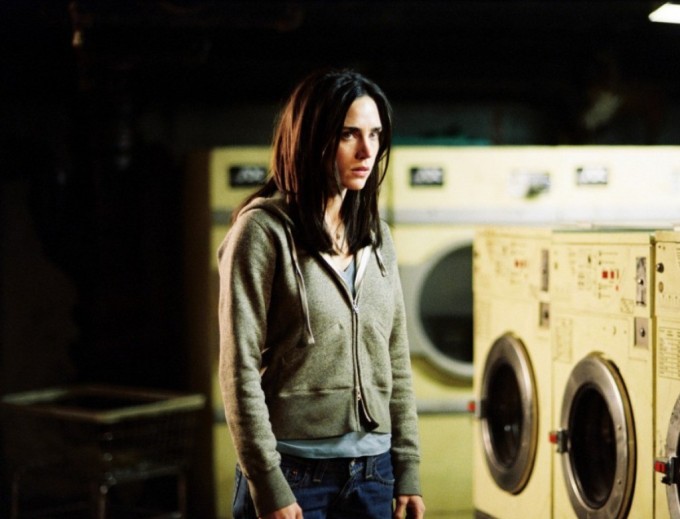 Sadly it fails to build any tension elsewhere because the lead, Jennifer Connelly is so forgettable. Don’t get me wrong…she does a good job of showcasing a mother under pressure at times but fails to convey any deeper emotion then annoyance. Her facial expressions are so bland that I found myself fascinated by the insane vein that appears on her forehead at times. That thing was the most terrifying part of this movie.

The rest of the cast offer little to get excited about. A few seem very odd in their roles & there is this constant undercurrent of all the men lying whenever Dahlia needs something. I get it, men are bastards. However, so much of it is left unexplained…take Tim Roth’s character, a lawyer who lies to her about spending time with his family to avoid talking to her before suddenly becoming really interested & very helpful. His role is pointless & it’s like scenes were cut that would have explained more.

Ultimately Dark Water is a poorly done supernatural remake. You might enjoy it more if you’ve never seen the original. It’s aged horribly & proof that having a well-known cast doesn’t mean shit when it comes to creating an atmosphere or tension.

Not scary at any point with few scenes bettering the original in anyway. It’s an easy movie to pull apart as you watch & it will leave you frustrated more than anything.