Kaiju (怪獣, kaiju?) is a Japanese word that means “strange creature,” but often translated in English as “monster” or “giant monster”.

The most famous of Kaiju is Godzilla, the most recognisable to Western audiences & star of many a movie (including a lot of bad ones)! Here, in Kaiju Panic though the monsters take on a cute & cuddly form but with all the devastating power that you would expect.

An action, strategy/tower defence game where the aim is to rescue survivors, defend towns & cities from the approaching Kaiju. The simplistic graphics are misleading; Kaiju Panic takes a lot work & can be very difficult to master.

Taking control of the field commander you must mine crystals which in turn give you the currency needed to build weapons to hold of the imminent Kaiju attacks. These range from gun emplacements to missile launchers to nuclear bombs. Early levels will see you using basic models with little or no upgrades available.

As you progress through the game better versions & upgrades for each become available. These are researched using drops collected from destroyed Kaiju. Frustratingly the games difficulty increases way quicker than you can research new weapon types forcing to go back to replay earlier levels. 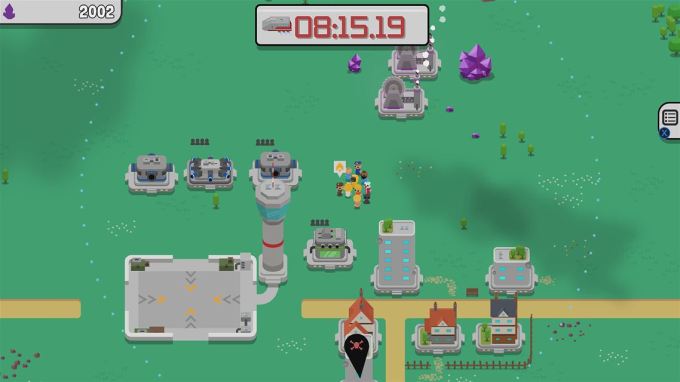 The lab serves as a hub where you can buy weapon upgrades as well as personal ones. You can also view rescued people’s information as well as more detail on the Kaiju you’ve fought to this point.

The thing is Kaiju Panic is difficult, you get an early warning system that shows you what kind of Kaiju are approaching & in what direction they will be attacking. These attacks can last over several waves & multiply so that you’re suddenly defending on several fronts all at once. 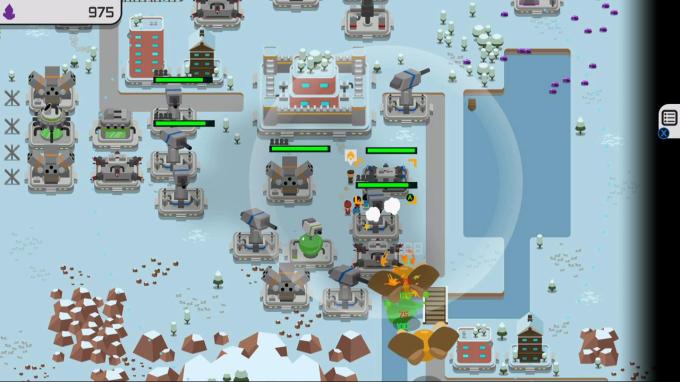 Different Kaiju require different tactics with some having shields that need to be broken, others burying under the ground & of course we have the boss Kaiju. Huge hulking beasts that normally appear at the latter end of a level & take a lot of effort to bring down.

You can increase a weapons attacks by instructing people you rescue to take up residence inside. Not only can they improve the attack of a specific weapon but they can improve its shields & help repair damaged ones. Every level will have a set number of people for you to rescue spread around the map, grab them & use them wisely as they are incredibly useful.

There is a story within Kaiju Panic told in slides that helps you push through the many & punishing levels. It’s not going to set the world on fire but it works as a means for you to travel all across the globe. Levels are set all over the world, Europe, Russia, Africa etc. Other than changing the look of the level & introducing different Kaiju there really isn’t that much between them. 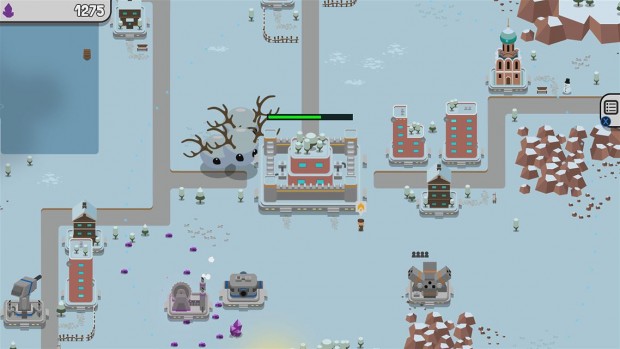 In fact, one of the major negatives here is just how repetitive the entire game is. It’s rescue & defend for 90% of the game. The few times that you get a varied objective turns out to be the most memorable levels. In particular, the level where you have to direct a rocket into the Kaiju nest is frantic, exciting & nerve-racking. As are the levels where you have to evacuate the area with as many people as you can. These levels are intense as the timer counts down you get absolutely hammered with attacking Kaiju.

Learning what weapons work best against which Kaiju isn’t just important here, it is the only way you can progress. A tough but satisfying game with enough humour & cutesy visuals to draw you in then keep you coming back for more.