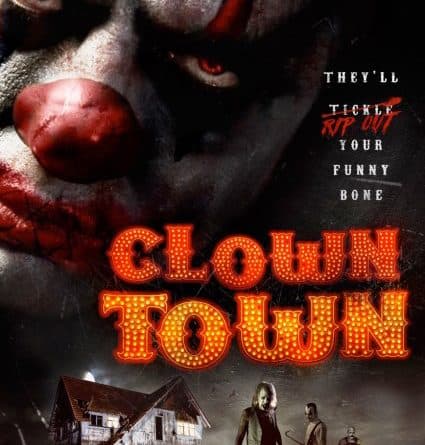 Are you scared of clowns? Probably best you avoid this one then. Well, even if you’re not this is a movie I wouldn’t really recommend anyway. The concept is sound, the execution is flawed.

Opening with a ham-fisted homage to the classic movie Halloween, we see a young woman (who wears far too little to be baby-sitting a pre-teen boy) looking after two children but getting spooked out by the boy who tries his hardest to do his best young Michael Myers. Clown outfit? Check. Unknown noises? Check. Gratuitous boob shot? Check. Shit, even the family name on the mailbox is Strode. 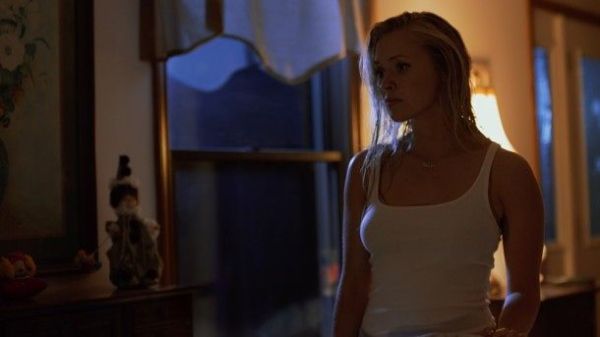 It implies that she is going to be offed by the boy but instead she is killed by someone unseen.

Jump an indeterminate amount of time forward & a group of friends are travelling across country to see a show. After getting a bit lost they stop at a diner where they meet an unsavoury man who is killed randomly later. I really wish film-makers would understand that killing someone off we literally just met means nothing. There is no character building, no emotional impact, no shock value, just here’s a guy who might be a bit of a dick…oh wait, he’s dead.

Anyway, one of the group forgets their phone in the diner so they call it & it is answered by an odd fella who agrees to meet them at a small town a little bit up the road. Now here is the thing, you might be thinking…it’s just a phone, buy a new one. Don’t go where the creepy guy told you to go, you’ll only end up murdered. 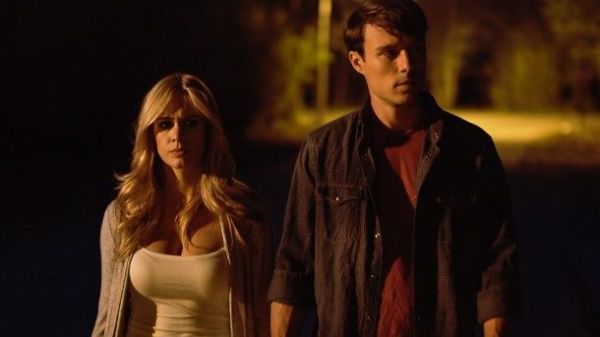 Here they actually give a decent explanation as to why they need the phone back. You see all her credit card info & ID for the show are in it! No ID, no show! Clever, that.

So they end up at a seemingly deserted town where they wait and wait and wait. Nightfall comes and no sign of the man with the phone. Looking around a bit they spy what looks like a man in clown make-up waiting in an alley but before they can confront him they run into two men who were also at the diner & have gotten lost.

Before they can trade stories though they are quickly attacked by a group of men wearing some awesome looking clown make-up. It’s a brutal attack involving knives and crowbars that lets the gore and violence flow. 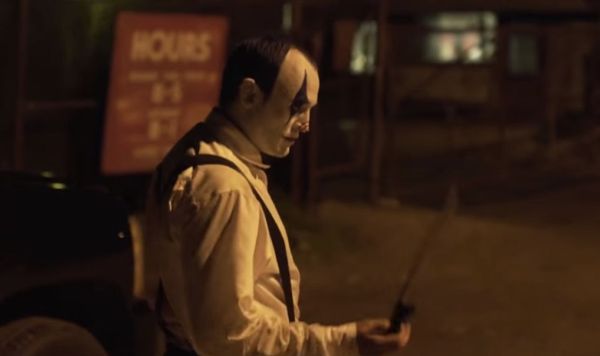 Welcome to clown town, where the only the laughs are those that are shared over your bloodied corpse.

Unfortunately, the rest of the film just devolves into a cat and mouse game as the survivors try to escape their attackers. The clowns aren’t super-natural or anything but they are really good at sneaking up on people and just appearing where ever they are needed. It’s a film filled with conveniences and if it wasn’t for the sudden splashes of gore it would be an incredibly boring latter half. 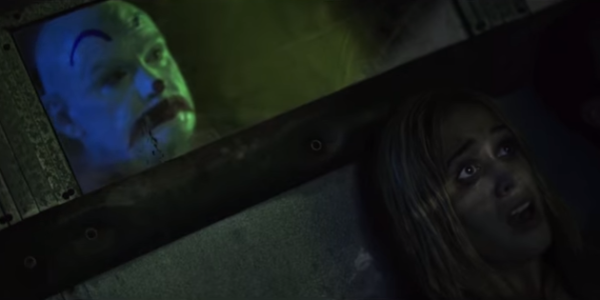 The ‘twist’ ending is laughably bad though, you can see it coming a mile off and it doesn’t explain half of what has gone on. I mean, I know it’s back-water America but the film is set in 2016. You just couldn’t get away with this for as long as these clowns have.

The acting is sub-par from the victims with not a memorable performance between them but the clowns are good. They convey threat & creepiness without saying a word in most cases. One in particular looks like the stuff made up of nightmares. 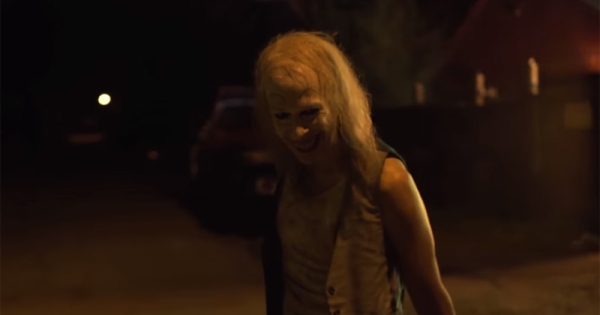 At only 80 minutes long it doesn’t over-stay its welcome but I could have done without the sequel bait final scene.