Children of the Corn, the movie that spawned a franchise, somehow…

Based off the short story of the same name by Stephen King, it tells the story of the town of Gatlin’s child population murdering the adults after falling under the spell of ‘He Who Walks Behind The Rows’. The children are convinced that this action will ensure a healthy harvest of corn & are led by the prophet boy, Isaac.

Over the years the kids kill any adult that comes to Gatlin as a sacrifice to the corn & ‘He Who Walks Behind The Rows’.

This is where Burt & his girlfriend Vicky come in…they are travelling along the highway near Gatlin when they hit a young boy who steps out of the corn in front of their car. The boy is killed & when they check on him they discover he had been attacked previously. They put his body in the trunk & drive to the nearest town to find some authorities…the nearest town? 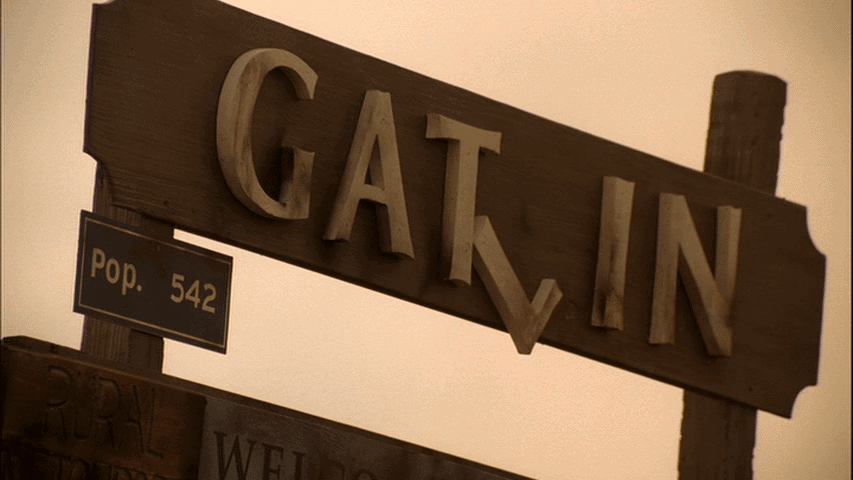 When Vicky & Burt arrive in Gatlin they discover a ghost town before running into a young boy & girl who are isolated from the rest of the cult.

Soon after the adults are attacked by groups of murderous kids led by Isaac’s number two, Malachi. They capture Vicky & plan to sacrifice her later that night to ‘He Who Walks Behind The Rows’. It’s up to Burt to save her & stop the kids from killing anymore adults. 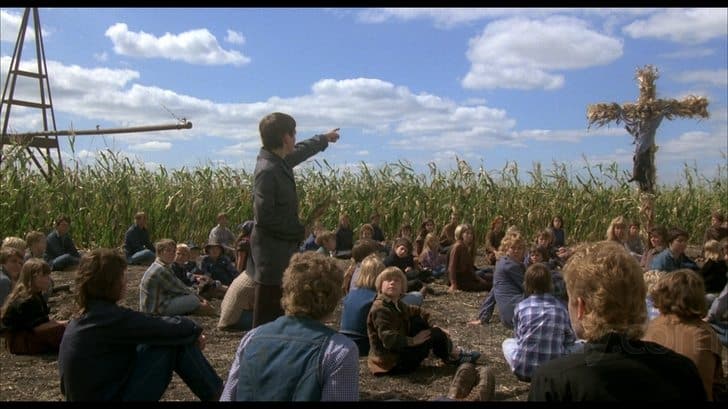 Children of the Corn has a fantastic opening scene as we see the children slaughtering adults in a cafe all under the watchful eye of Isaac. It’s an impactful scene as not one child shows an inch of emotion as they cut people’s throats.

The rest of the movie never hits that opening high but is still interesting & at times exciting. The actors that are asked to do more than just wield a sickle & look mean do a great job even with some of the cheesiest lines (“Outlander! We have your woman”). 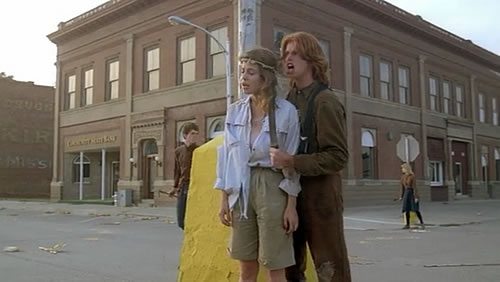 In later movies ‘He Who Walks Behind The Rows’ has become an overtly complicated & plot-hole filled character but here it’s a simple premise. It is some form of ancient God that is using the children for its own evil gains. Its power is strong but tied to the corn field & understanding that is key to defeating it.

Its ability to possess others is its biggest strength in this movie & it makes for a compelling showdown between Isaac & Malachi at the end. 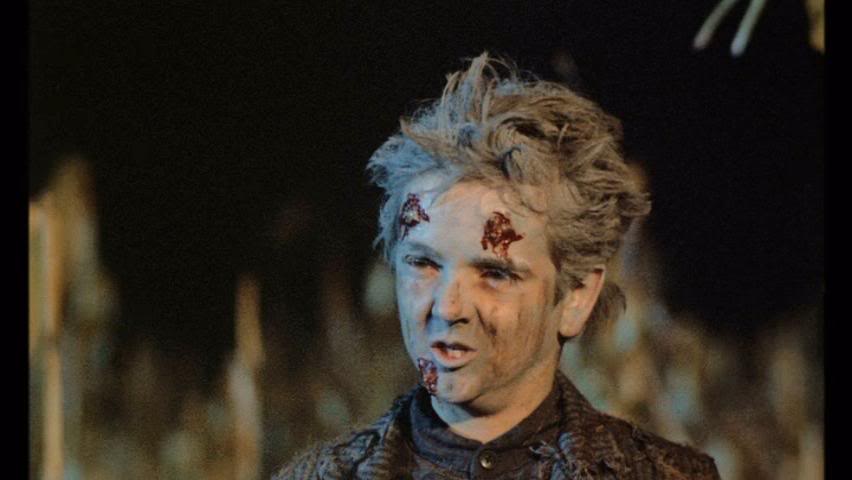 Other then the blood bath at the beginning there is little in the way of deaths once the movie gets going. We get a really subtle cat & mouse murder that you just don’t see in horror much anymore & a full-on ending but blood hounds may be disappointed.

The original & best of a bad bunch. Children of the Corn will forever be tainted with the mass of bad sequels that followed but it’s worth a watch just to remind yourself how it all began & how subtly is the key to a good horror flick.

Children Of The Corn