Holly, Cali & Mel are three close friends hanging out at Holly’s home the night before Christmas Eve. Bored, Cali convinces the other two to come to her uncle’s house. He is out of town & the place is empty so they can party without fear of getting in trouble with parents.

The drive over gives a little insight into the girls minds as they leave an old man stranded in the snow & seem happy to drive after smoking drugs. 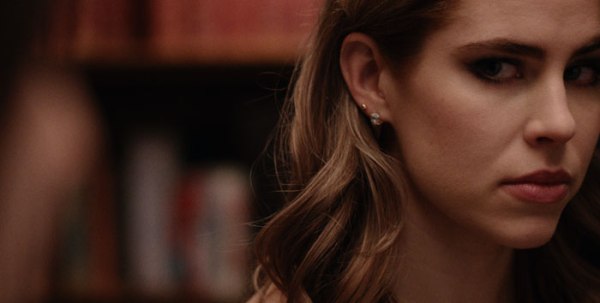 At the house, Holly & Mel are shocked by just how rich Cali’s uncle is & the group take advantage of the booze that’s available. After having used the bathroom, Holly looks around the bedrooms & discovers family pictures that are clearly unrelated to Cali.

Confronted Cali admits that the place they are in is actually the home of a family who she used to babysit for. Before they can leave though a man comes home scaring the girls into hiding. They agree to just run out of the house but at the top of the stairs Holly is grabbed by the man & they struggle resulting in him falling down the stairs, apparently dead. 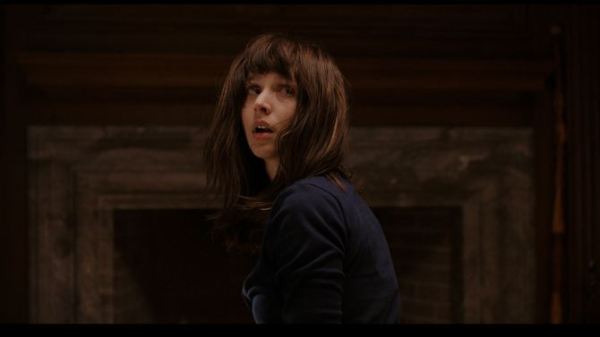 Things get more complicated for the trio though as he isn’t actually dead, just badly injured. He pleads with them to call an ambulance & promises to not say a word about what happened but Cali doesn’t believe him.

The girls disagree on how to proceed, Holly wants to do the right thing (call an ambulance), Cali wants to wait until he dies then continue with the original plan while Mel is just an emotional wreck willing to go along with whoever argues loudest.

Tensions begin to rise between the three of them as the night continues & he continues to breathe.

Body is an enjoyable watch thanks to the amount of time spent building up the characters of the three women. Each have their own personalities & reasons for their behaviour. The opening 15-20 minutes of the girls just hanging out helps build them into believable people.

Their panic means Cali’s fool-proof rape plan actually sounds plausible even though it is far from that. Thankfully the movie established early on that she is far from the smartest in the group (spells Satan as satin) Each moment that involves them having to adapt their story is shown as if it happened (a nice touch).

The man (Arthur) is the only real sympathetic person in the entire movie, involved in an unfortunate accident & desperate for help that just isn’t coming.