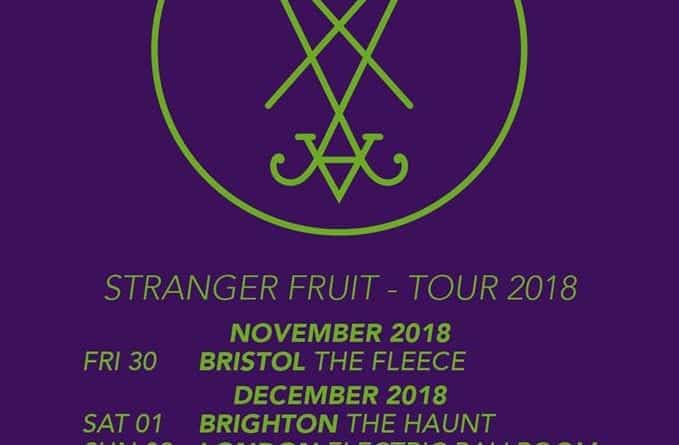 It’s hard to believe that it has only been a year and a half since we saw an up and coming band with just one album under their belt play to a sold-out crowd at the Underworld in Camden. To say it has been a meteoric rise for one-man project is an understatement. (Read our review of that Underworld show here).

For those who don’t know, perhaps those who live in caves, Zeal and Ardor is the creation of Manuel Gagneux. Taking chain gang vocals, as sung by slaves and mixing it with a more traditional Scandinavian Black Metal sound, Gagneux may well have created the most unique sound in metal in years.

Since that show, Gagneux has turned Zeal and Ardor into a full-fledged band, released his second album called Stranger Fruit and supported some of the biggest bands in the world including Ghost and Prophets of Rage all over the world.

In between a whirlwind 2018, those of us able to get a ticket saw the debut of many of Stranger Fruit’s new tracks a few days before release at a one-off show at The Village Underground in Shoreditch, London on the 4th June 2018. Anyone worried that the first album was a fluke had their fears put to rest at this show as Stranger Fruit proved to be an excellent follow-up album. You can read our review of the Shoreditch show here and the Stranger Fruit album here. 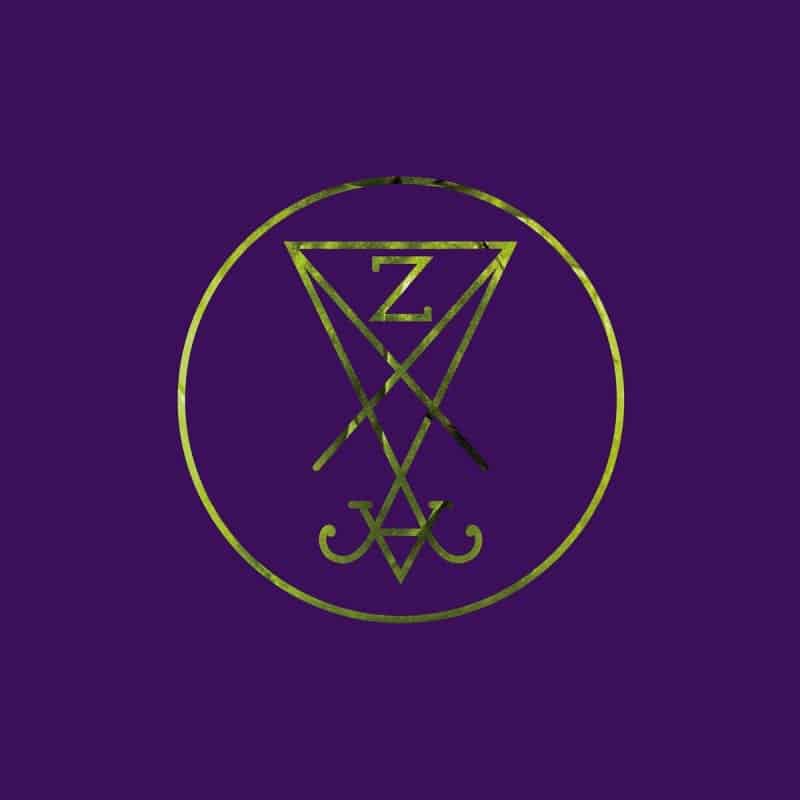 Continuing to show their progression and rise up the metal ranks, Zeal & Ardor has spent most of November touring Europe. All before arriving in the UK for a number of sell out dates across the country. Including this one at the Electric Ballroom in London.

Sunday night shows are hardly a favourite of ours but if there is ever a reason to brave public transport into the capital it is for Zeal and Ardor. 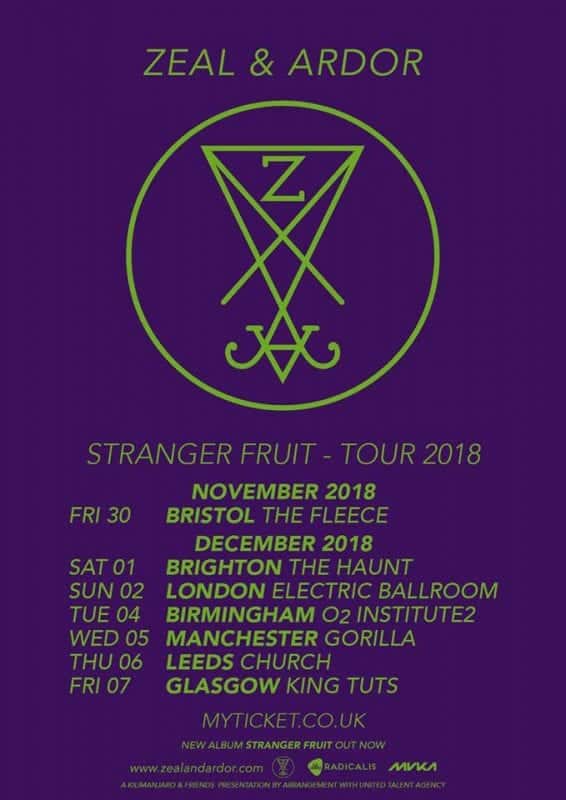 Taking to the stage at the ungodly hour of 8:30pm (support came from Blanket), the Ballroom is pretty packed as the lights go down and a dubstep/electronica style beat (Sacrilegium I) heralds the arrival of band. Hooded and bathed in light, it’s a haunting and effective arrival that sends chills down spines as they kick into In Ashes and Servants. The latter sees the band pull back their hoods to reveal themselves as they belt out the words “JOIN US!”

There is very little lacking here beside the sound not feeling as encompassing thanks to the Ballroom’s lengthy and open space. 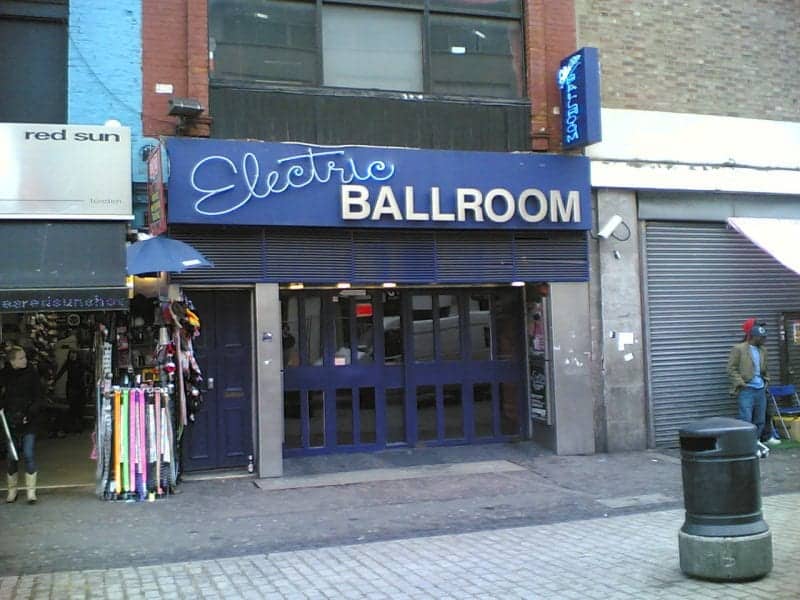 It’s a minor complaint that is mostly forgotten about as we get almost the entire Stranger Fruit album played and the big hitters from Devil is Fine. The latter’s Come on Down and Blood in the River are easily the highlights of a mind-blowing show. One that has little pause with Gagneux addressing the crowd only a handful of times.

This being the third time we’ve seen Zeal and Ardor play in the last two years, it’s wonderful to see just how far Gagneux has come in regards to stage presence. What was once a shy and reserved frontman, is now a confident showman who seems to revel in his position. No doubt a lot of this related to having a band that fits his needs perfectly. 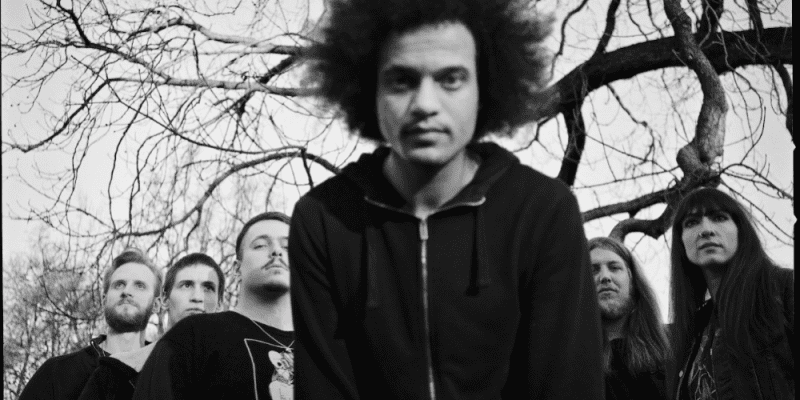 As we reach the encore and the crowd goes wild for a thrilling rendition of Devil is Fine, Gagneux announces that they think they can play one more before ‘f**king off’ leading to the huge finale of Baphomet. Normally at this stage of a show you’d find at least a quarter of the crowd has left early to catch trains or beat the rush out the doors but not here. It’s still as packed as it was at the start as Zeal and Ardor leave the stage as conquerors yet again.

What’s next for such a unique band? The future is as bright as it was when The Underworld hosted them back in 2017. The meteoric rise continues…