Reel Big Fish and Less Than Jake…they go together like strawberries and cream. Like Peanut butter and jelly, like thunder and lightening or any other variation you can think of. Both at the top of the ‘ska’ mountain in modern times, seeing them together is always a treat as proven by two sold out nights in London.

A co-headline tour, the bands take turns ‘headlining’ with Reel Big Fish closing out the show on the first night with Less Than Jake doing the duty on the second. It’s this one that we attended, a perfect way to celebrate Halloween. 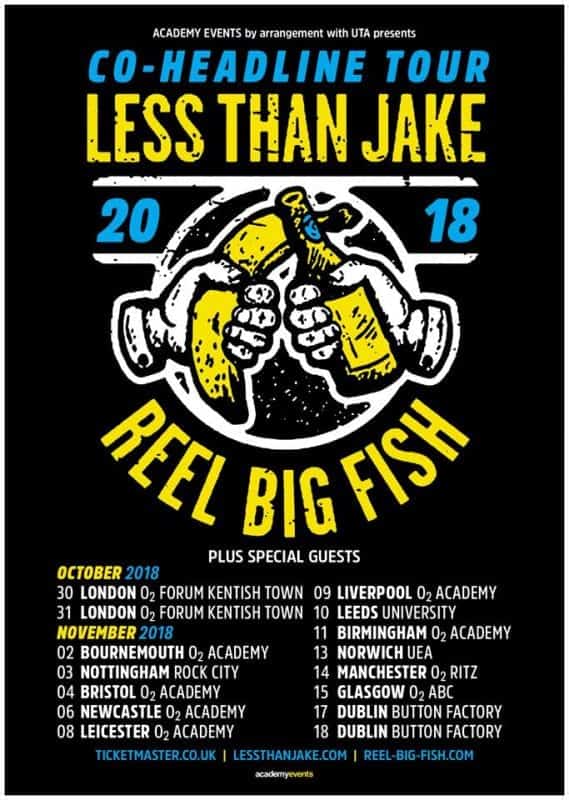 The Forum is absolutely packed from the moment we arrive as support band, Zebrahead finish up their set. It is horribly busy inside to the point that the bars are 6 plus people deep and moving around is an absolute chore. This is one of those venues that gets frustrating the busier it is as people stand and block the very small stairs that lead down to lower levels.

As annoying as that was it paled in comparison to some of the down right shitty behaviour by some in attendance. Shoving their way through, pushing people out of the way and throwing beer into the pits. The type of person this show attracted left a lot to be desired and during Reel Big Fish it was an unfortunate distraction. Yes, it was a minority but it’s basic human decency to not elbow someone in the head or chest to get by or launch half a pint at people who are just trying to have a good time.

That being said, Reel Big Fish did a solid job of getting the place bouncing even if their non big-hitters fall flat. Energy is saved for Take on Me, Sellout and Beer. All good fun but that’s not who we were there for. No, we’re all about Less Than Jake. 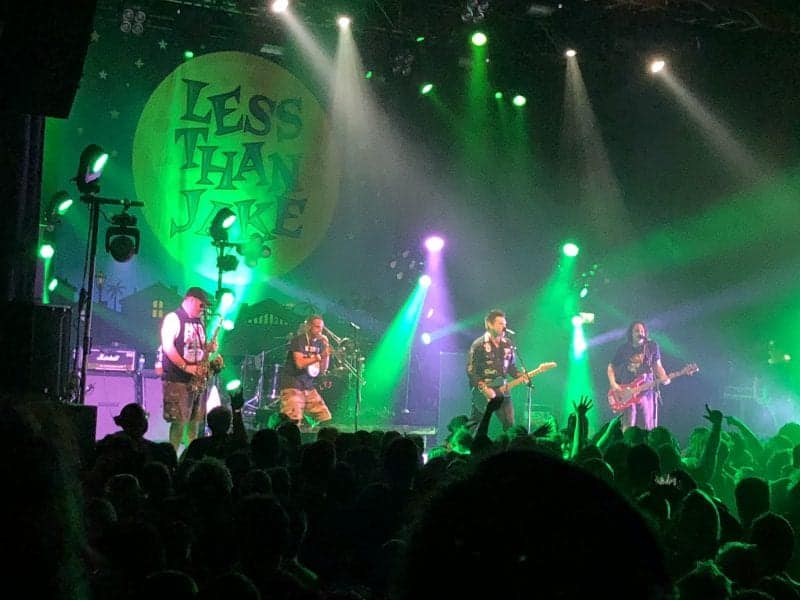 It’s not until 10pm that they take to the stage and at least a quarter of the crowd has left already but those remaining are very excited to see the ska legends arrive! Tonight, is all about the best of Less Than Jake as with 13 of the 16 tracks they play coming from Anthem, Borders and Boundaries and Hello Rockview. It is disappointing to only get one track from In with the Out Crowd (A Still Life Franchise) but it makes sense as the band keep things based on good times and high energy. 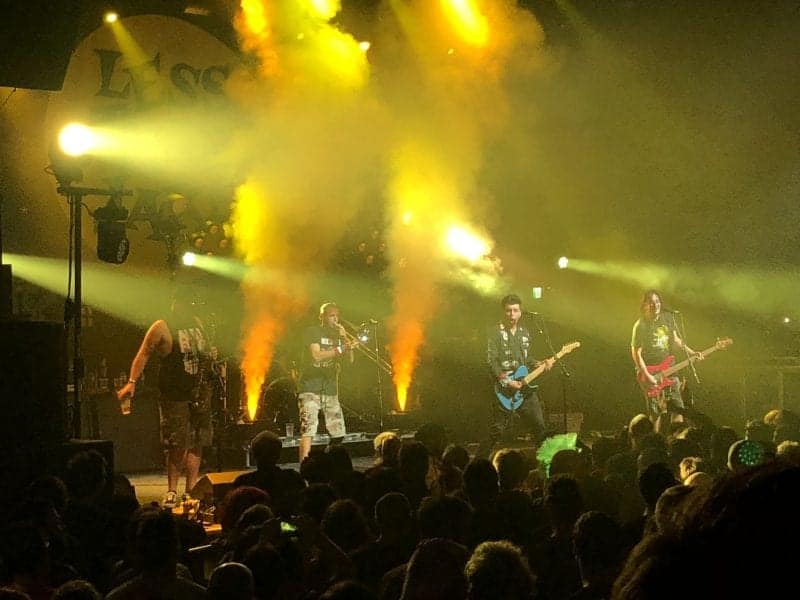 They blow the roof off the place with excellent renditions of Plastic Cup Politics, Look What Happened, She’s Gonna Break Soon, Gainesville Rock City, All My Best Friends Are Metalheads and a personal favourite, The Science of Selling Yourself Short. The latter sees members of Reel Big Fish take to the stage too, adding more trumpets giving it much more oomph. 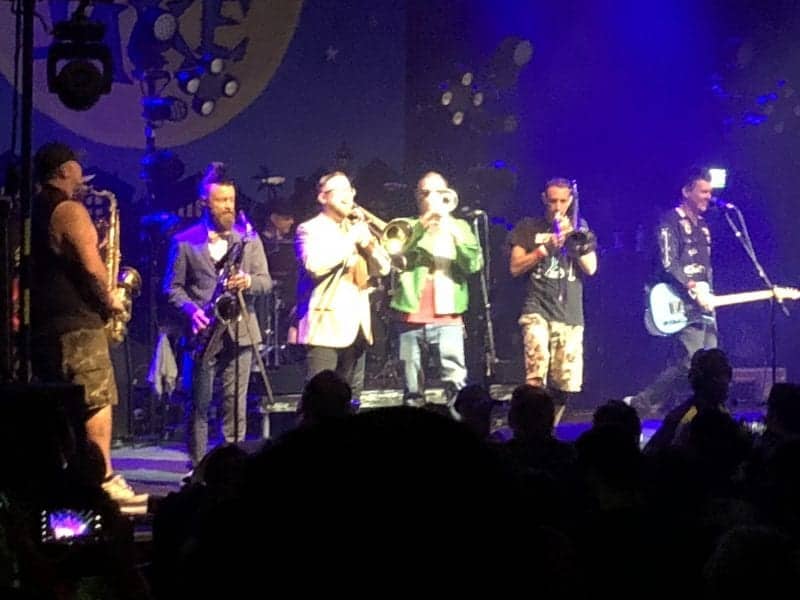 Less Than Jake and ska may not have the relevance they once had but you wouldn’t know that by time the lights come on and everyone slowly shuffles out. Shitty individuals in the crowd, a little too much Reel Big Fish and a long wait for Less Than Jake to take the stage hasn’t dented how good of a show this was for the 4-piece. The rest of the UK and Ireland have plenty to look forward too on the rest of this tour!